‘Ted Lasso’ Season 2: Here’s Everything We Know So Far

To say that Ted Lasso and the unwavering optimism and sense of community exhibited by the show’s namesake (played by Jason Sudeikis, who recently won a Golden Globe for the role) rescued me from the depths of despair at the beginning of the pandemic is an understatement. Truly, this underdog of a show about an earnest and self-believing American football coach (his credo is “Believe”) who gets recruited to manage a mediocre U.K. soccer team is not only heartwarming, it’s a delight. And, now, the best gift ever: It’s back for season two. So, what can we expect? Here’s everything we know so far.

﻿The Top 10 Shows on Netflix Right This Second 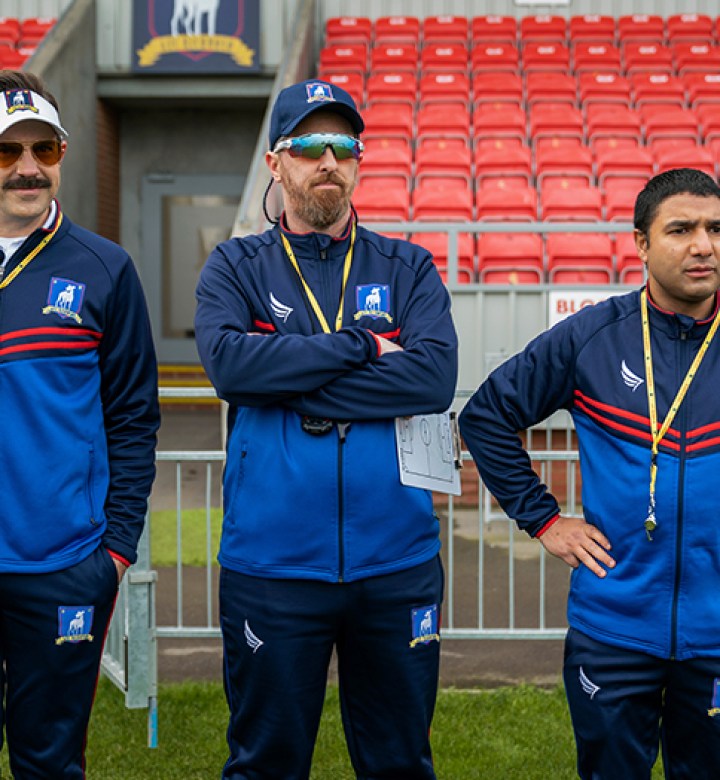 Season two premieres on a Friday night on Apple TV+. (A subscription to which will run you $5 a month.) No word at this point on whether or not they’ll release all the episodes at once, but our guess—based on how things went last summer—is that a new one will drop weekly. The torture. But we’ve already got a trailer and the return date is confirmed. 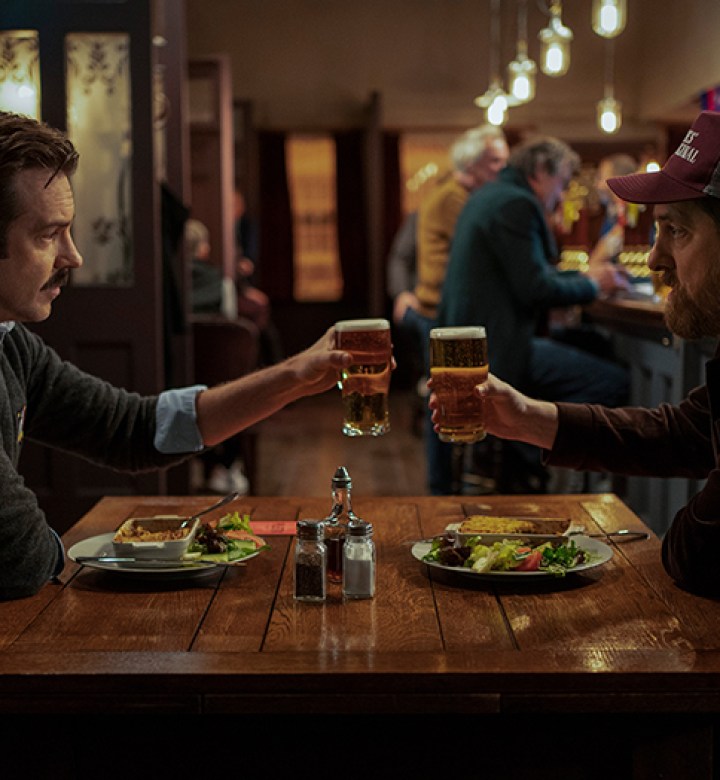 2. It Appears Ted Is Still In Charge Of Afc Richmond

At the conclusion of season one, the team was relegated (a process where teams are transferred between multiple divisions based on their performance) after a climactic loss in the championship round against rival soccer club Manchester City—the new home of Richmond’s former star striker Jamie Tartt. Given team owner Rebecca Welton’s schemy tactics to ruin her ex-husband’s pride and joy, the question on deck was, uh oh, is Ted Lasso out of a job? Judging from the trailer, the answer is most definitely not. In a recent interview with Entertainment Weekly, Sudeikis—who’s also the show’s writer/creator—compared season two to The Empire Strikes Back: “People go into their caves and face their s---,” he shares. 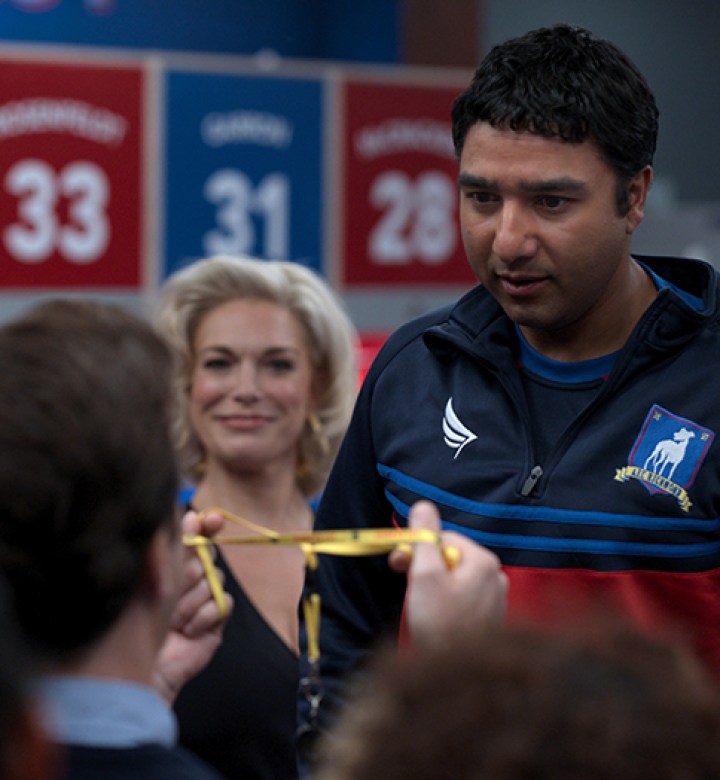 3. We Can Expect A Lot More From Nate The Great

Played by Nick Mohammed, Sudeikis also confirmed to EW that we’ll see a lot more of Nate, who—as you’ll recall—was promoted to assistant coach in the finale episode of season one. (Does this mean loads more screen time for the Diamond Dogs? Let’s hope.) 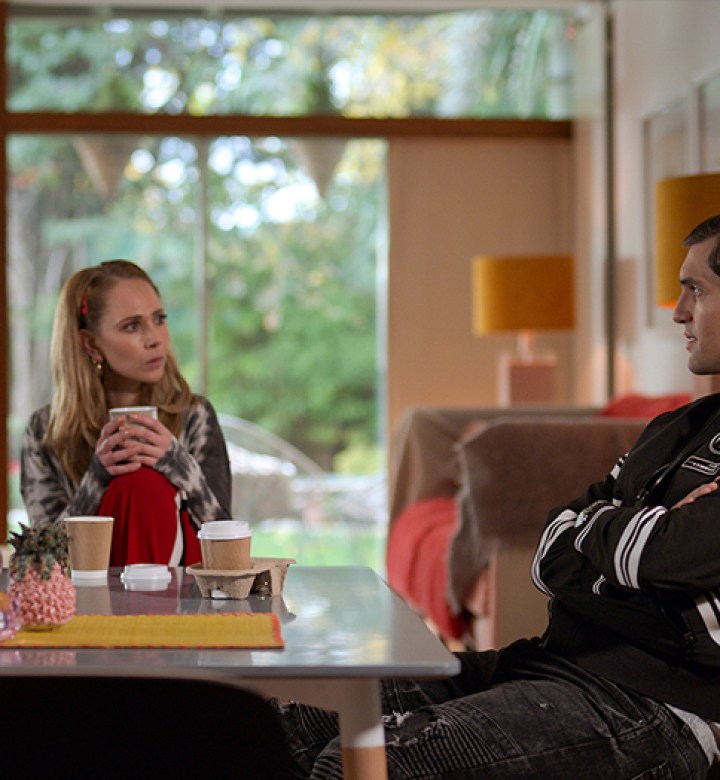 4. As Of Right Now, We Don’t Have A Status Update On Jamie Tartt

Yes, Roy Kent (played by Brett Goldstein) appears for a split second dipping his lady love Keeley Jones (Juno Temple) back for a kiss in the season two trailer. But Tartt? He’s MIA. That said, Phil Dunster, the actor who plays him recently shared the trailer for season two on Instagram with *this* cryptic caption: “So apparently there’s a season 2 of Ted Lasso…I don’t know if I’m in it or not but what I can say is: This one’s even better.” Dun dun dun. 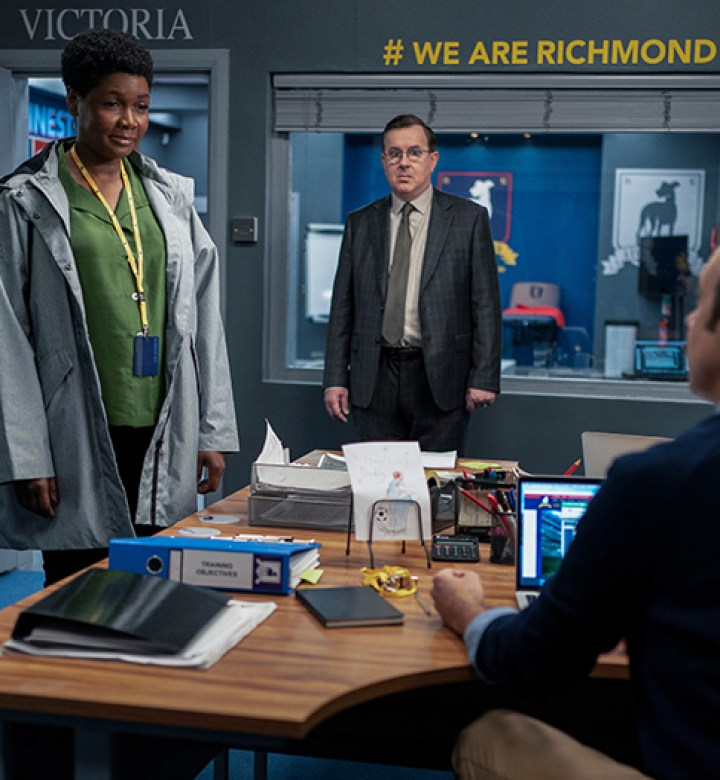 5. But Quite A Few Cast Members Are Back

Rebecca Welton! Coach Beard! Higgins! Those are just a few of the faces—played by Hannah Waddingham, Brendan Hunt and Jeremy Swift, respectively—you can expect to see again in season two. There’s more: We also saw the faces of Dani (Cristo Fernández), Sam (Toheeb Jimoh) and even Trent Crimm (James Lance) from The Independent. And we know there’s at least one confirmed new cast member to keep an eye out for, too. (Sarah Niles from I May Destroy You is set to play a sports psychologist named Sharon.)