If you’ve been tuning into HBO’s The Nevers, then you’d probably recognize Rochelle Neil, who plays Annie “Bonfire” Carbey. Aside from her pyro-loving character, we knew very little about the up-and-coming actress.

That’s why we sat down for an exclusive interview with Neil, who shared six facts about herself that fans (probably) don’t know. Keep scrolling for details. 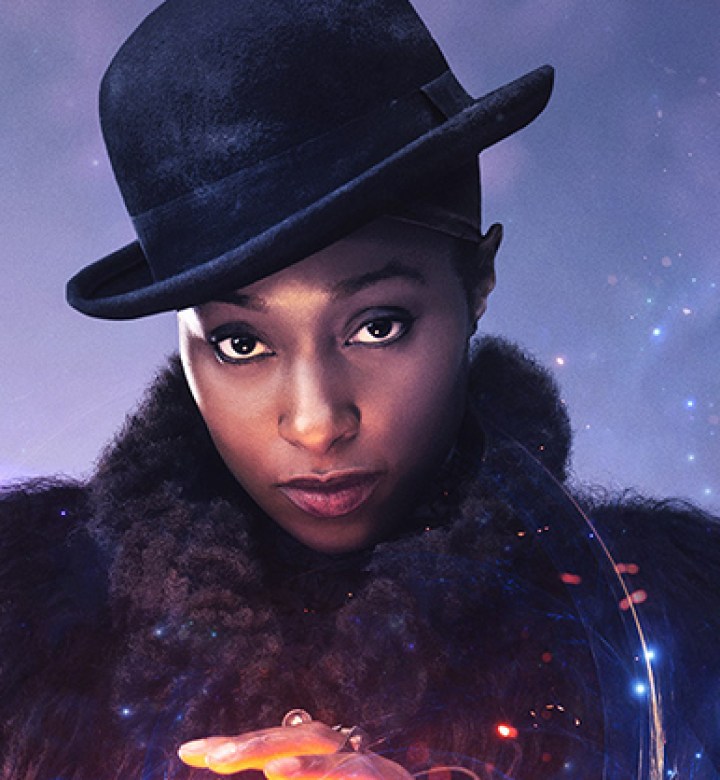 1. She Got Her Start On The Stage

In addition to The Nevers, Neil has also starred in Das Boot, The Guvnors and Free Rein: The Twelve Neighs of Christmas. Long before she dabbled in film and TV, she perfected her craft on the stage.

“For me, it was theater. Being British, I think the moment you say you want to be an actor, they throw you on the stage,” Neil told PureWow. “So, I started at 13, graduated at 19 and then went into the West End. And that’s how my career sort of happened.” 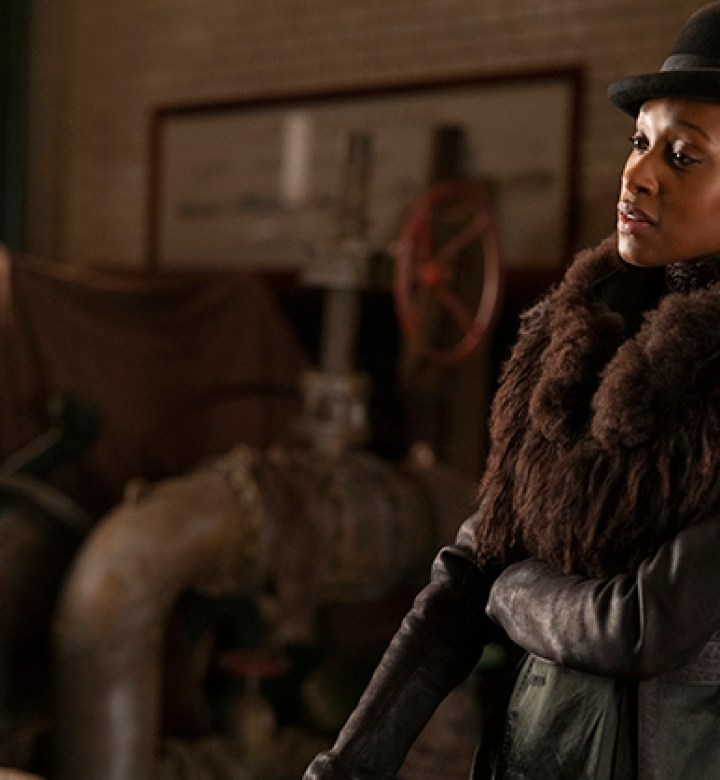 2. She Can Raise Only One Eyebrow

That’s right, there’s a reason that her Nevers character wears a hat that’s tilted to the side. “In episode one, I have a set look. And then in episode two, we decided to completely change it up,” Neil explained. “Like, get rid of all my hair, wear the hat tilted that way, because I can only raise this one eyebrow. Literally.”

She joked, “That’s as deep as my process was with the hat.” 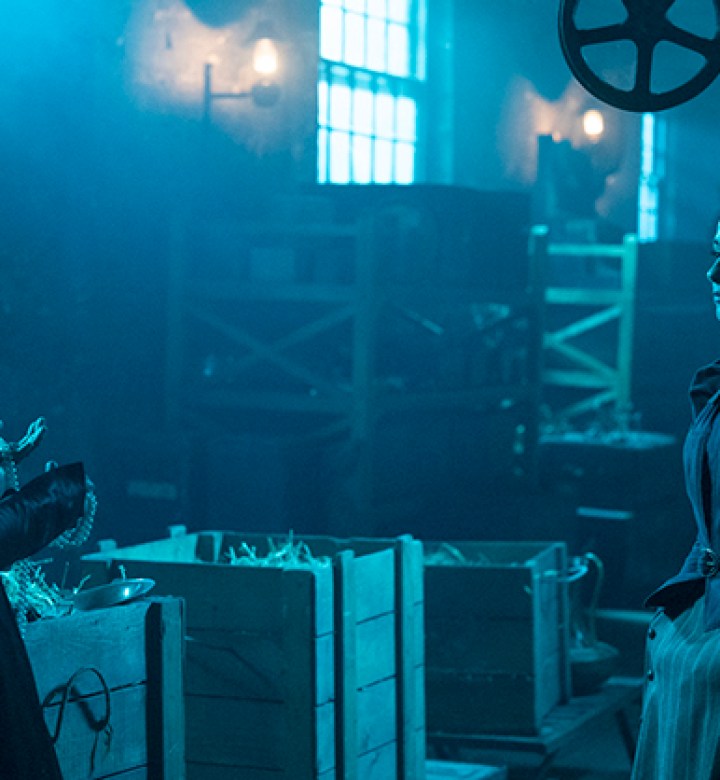 3. She Didn't Read The Script Prior To Joining 'the Nevers' Cast

When asked about her first reaction to the plot, Neil revealed that she didn’t receive the full script until production began. “I sort of signed onto the job before I got a script,” she said.

Neil admitted that the one scene she had read was enough to pique her interest. “The audition sides that they sent me, my first reaction to those was like, ‘Wow.’ It was five pages, and I can remember just thinking like, ‘This is wild,’” she continued. “I’ve never, never, never had an audition scene that was this detailed and this dark.” 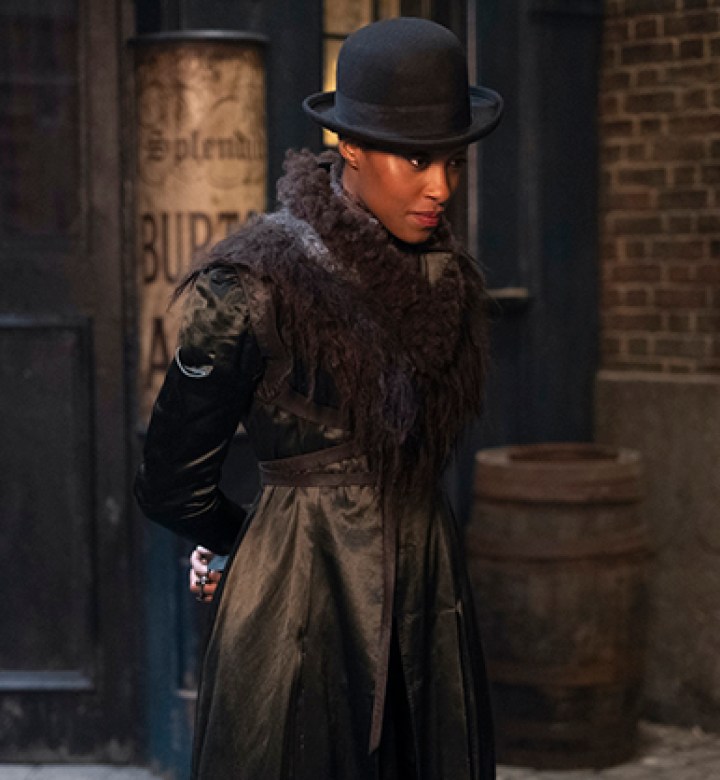 4. She Has A Group Chat With 'the Nevers' Cast

Neil confirmed that she still keeps in touch with The Nevers cast—so much so that they created a group message on WhatsApp, where they share memes, photos and life updates with each other. “We have this massive group chat, where we send each other memes and random pictures of puppies and children and babies,” she said.

Neil explained that she met her co-stars back in 2019 (when production began), adding, “We started filming in July 2019, so it’s been a while. We’ve known each other now for nearly two years before the show even came out, so it feels like they are family.” 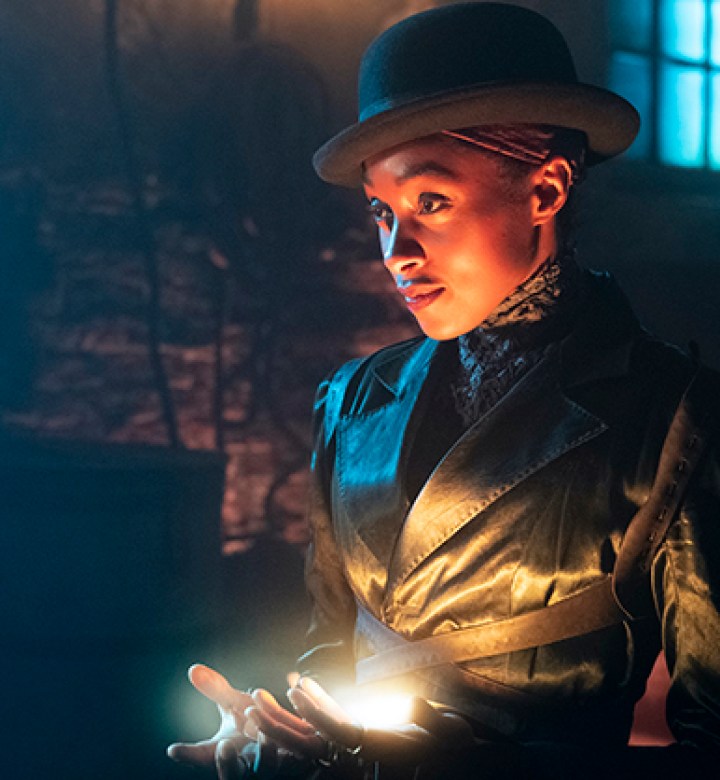 5. Her Character's Wardrobe Tells A Story

There’s far more to Bonfire than meets the eye. Not only did Neil make several bold character choices, but she also collaborated with the costume department to ensure Bonfire’s wardrobe told a story.

“We decided to just change it up and make her a little androgynous. I’m the only woman in the show who wears trousers, for example,” Neil said. “Everything’s very on purpose. So, like the rings that she wears are reclaimed bits of metal from the Thames. And we had the idea of everything looking stolen and scavenged, like she threw together a look.” 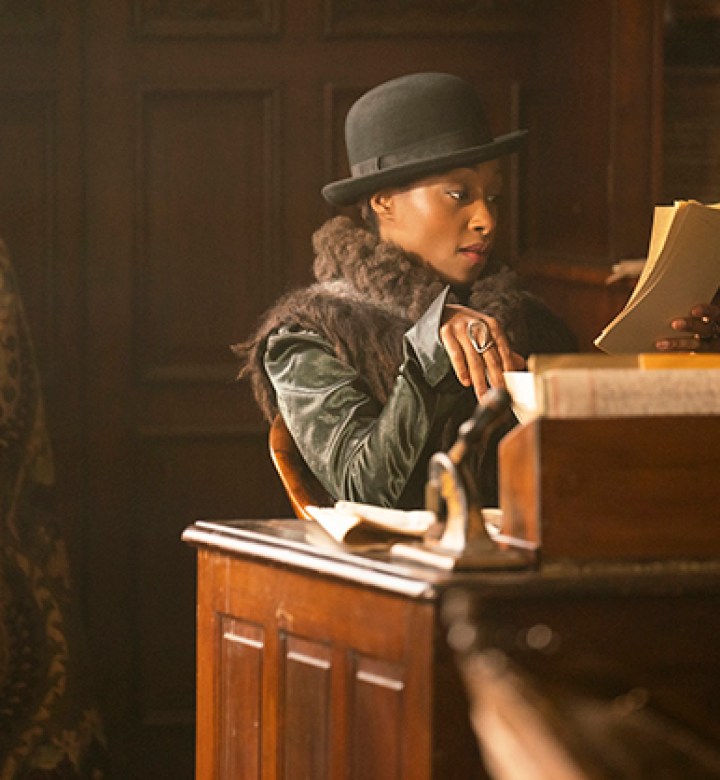 Part two of The Nevers season one is expected to premiere later this year. While discussing the possibility of returning for even more episodes, Neil confirmed that she’s all for it.

“I feel that we’ve all put in so much, and there is just so much to explore,” she said. “I probably shouldn’t say this because I don’t want to jinx anything in life, but The Nevers is one of those shows where I feel like every single character could have their own spin-off series because we all have such a journey and such a unique perspective. No two characters are the same, and I can see the show running for forever.”