﻿It seems ﻿Stranger Things ﻿fans were right on the money with one popular theory. Following the release of ﻿Stranger Things 4 Volume 1, many fans theorized that Will Byers (played by Noah Schnapp) would come out as gay, after an emotional moment where Will hinted to his best friend Mike (Finn Wolfhard) that he had a secret he wanted to share with him. However, while we guessed that this plot development would be confirmed in Volume 2, that didn't end up happening. Still, Schnapp just revealed that the fan theories were completely true.

In a new interview with ﻿Variety﻿, Schnapp said, “I mean, it’s pretty clear this season that Will has feelings for Mike.” And Schnapp felt that this attraction is something the writers have been teasing since season 1. He added, “I think for Season 4, it was just me playing this character who loves his best friend but struggles with knowing if he’ll be accepted or not, and feeling like a mistake and like he doesn’t belong.” 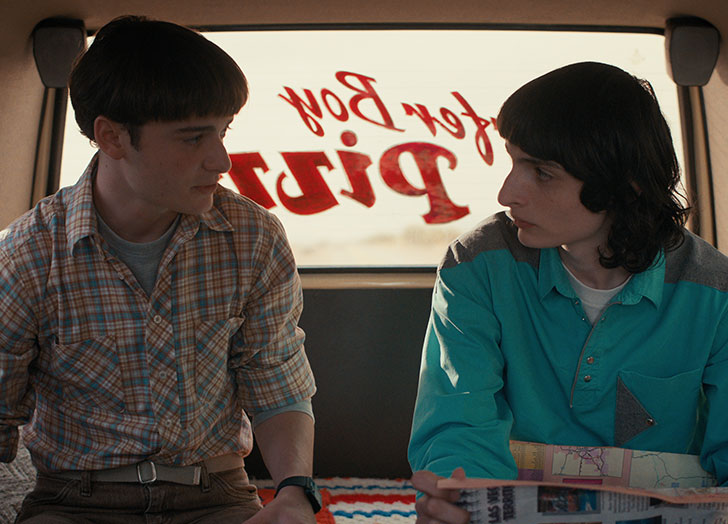 Schnapp confessed to Variety writer Adam B. Vary that he hadn't outright said Will was gay in previous interviews so as not to spoil the character's development in season 4. “Obviously, it was hinted at in Season 1—It was always kind of there, but you never really knew, is it just him growing up slower than his friends?” he said. “Now that he’s gotten older, they made it a very real, obvious thing. Now it’s 100% clear that he is gay and he does love Mike.”

The 17-year-old actor said that playing Will has been special because the character resonates with so many viewers. “Will has never really found anywhere to fit in,” he said. “I think that’s why so many people come up to me and tell me that they love Will and they resonate with him so much, because it’s such a real character.” He later added, “People have come up to me—I was just in Paris and this, like, 40-year-old man came up to me and he was like, ‘Wow, this Will character made me feel so good. And I related to it so much. That is exactly who I was when I was a kid.’ That just made me so happy to hear.”

Toward the end of the interview, Schnapp said that he is excited to see Will's character development in season 5 (which has been confirmed to be the final season of ﻿Stranger Things﻿), and it seems that Will is going to be a central part of the plot. “The Duffers are saying for next season that they’re going to focus more on Will and build that storyline,” Schnapp said. “I think that’s super exciting.”

We can't wait to see what happens next.