For many comedy fans, Melissa Fumero needs no introduction.

The 40-year-old New Jersey native had her major breakout role in 2013, when she was cast as Amy Santiago in Brooklyn Nine-Nine. Yet, only a couple years after the series began, Fumero told Uproxx, “A lot of [the role] was me being really nervous, because I just wanted to do a good job and I’d never been this deeply immersed in comedy before.” However, with the show running for 8 seasons (and Fumero nailing the part of Amy), you wouldn't believe that the star was once nervous about generating laughs.

Now, Fumero has returned for a new workplace comedy, Blockbuster, which premiered on Netflix at the beginning of November and boasts loads of nostalgia and winking meta references. But ahead of the show's debut, Fumero sat down with PureWow as part of a partnership with Crest and Oral-B that aims to bring oral care to millions of children in need by “closing the smile gap.” And amidst a discussion of this partnership, Fumero opened up about everything from filming Blockbuster to pandemic life with her kids to even her friendship with Andy Samberg. 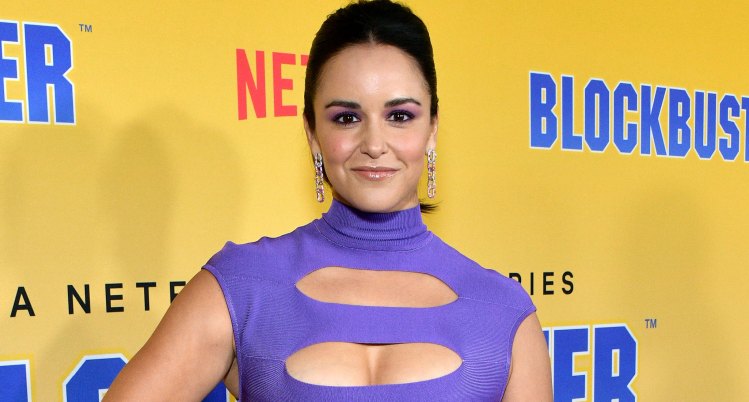 With Brooklyn Nine-Nine wrapped, the team had filmed over 150 episodes during its 8-season run, which meant Fumero knew what it was like to be on a sitcom set. However, due to the COVID-19 pandemic, things were a little different when the time came to start filming Blockbuster. “It was definitely the closest to normal experience I had had on set [since the pandemic began],” Fumero said. Still, before Blockbuster began, Fumero and her husband, David, were lucky in that they were able to spend more time with their two young kids, Enzo, 6, and Axel, 2.

“It was definitely a very intense way to adjust to being a family of four,” Fumero joked, noting that she gave birth to Axel only a month before the U.S. went into lockdown. “But because of everything, I ended up having a whole year home with both of my kids.” And because she knew there was still one season of B99 left to film, Fumero said, “It was like time off that I actually could enjoy, which is so rare.” 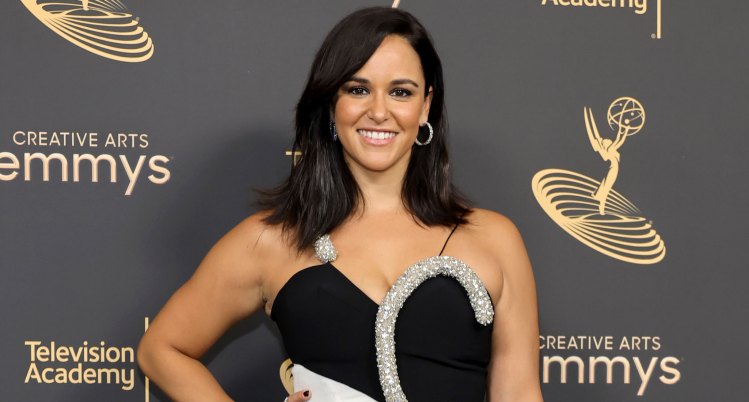 Once it came time to start filming Blockbuster, Fumero was excited to be back on set, and she revealed that she was always cracking up during shooting. “I mean—honestly, I think I broke with every single cast member,” the actress said. “What I love about the show is that everyone has really great, really hilarious moments.”

Fumero pointed out one person who kept the jokes rolling in between takes: Saturday Night Live alum J.B. Smoove. “[Smoove] is just one of the funniest humans alive,” Fumero said. “A stream of jokes just fly out of his mouth and it's incredible to watch.”

With Blockbuster boasting a cast that's predominately people of color, Fumero was also excited to see how Hollywood continues to evolve, especially when she once described her casting along Latina actress Stephanie Beatriz in B99 as “groundbreaking” back in 2014. “Being on a show with two other Latinos, and an Asian lead and two Black actors...it's amazing that no one is making as big a deal about it,” she said. “That's progress...We still have a lot of work to do, but I'm just really proud, in my own personal journey, to see that progress.”

And while Fumero is pumped about her new show, we were dying to know whether the 40-year-old keeps in touch with her former Brooklyn Nine-Nine co-star (and on-screen love interest), Andy Samberg.

“I probably still chat with Andy like almost every week,” Fumero said, adding that they “always will be [friends]” and joking, “He's not getting rid of me any time soon.”

In fact, Fumero is actually reuniting with Samberg for another show—an animated series that Samberg developed with B99 writer, Neil Campbell.

“I'm doing his animated show, called Digman!, that's gonna be out sometime next year, so I saw him a little bit for that,” Fumero said, teasing that the adult animated series is “very funny.” 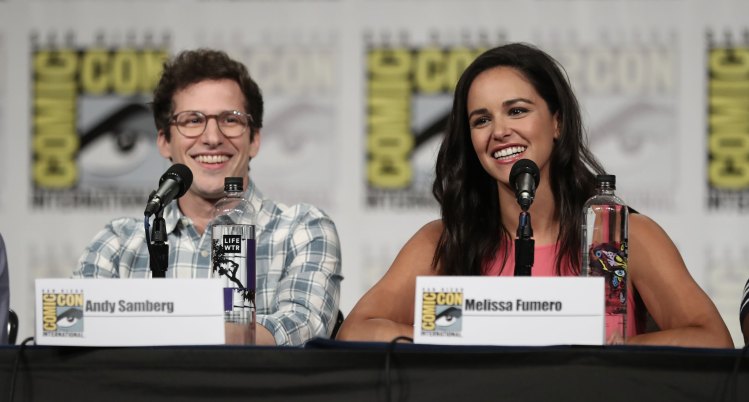 With Blockbuster out, Digman! on the way and Fumero lending her voice to Mindy Kaling's new adult animated series Velma, we're excited to see the star continue dominating in the world of comedy.

Get all the latest exclusive celebrity interviews by subscribing here.

Kerry Washington Just Gave Us the Best Advice About Beauty, Aging and Dealing With Burnout