What Ever Happened to Loonette the Clown From ‘The Big Comfy Couch?’ 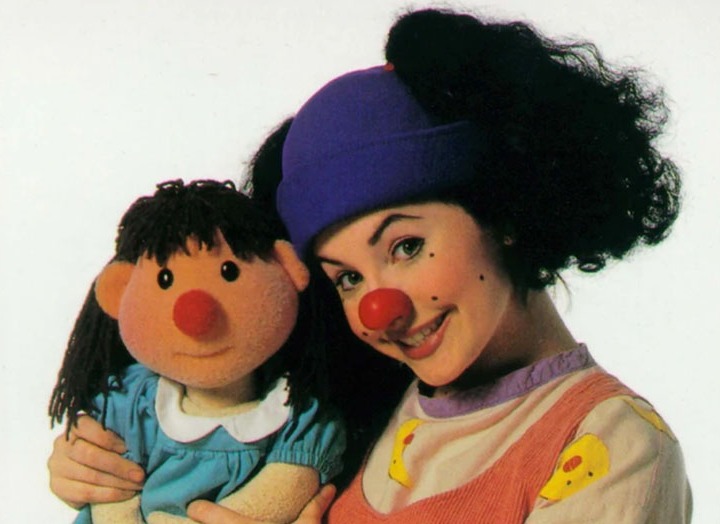 Who remembers Loonette the Clown from The Big Comfy Couch? In case you need us to jog your childhood memory, The Big Comfy Couch was a children’s television show about a pigtailed, freckle-faced clown named Loonette, which aired from 1992 to 2006.

So who was the actress behind Loonette, and what ever happened to her? We explain it all on PureWow's nostalgic pop culture podcast, 'What Ever Happened To...?'—where we come together to relive pop culture history and uncover what became of the celebrities and trends that defined our adolescence. So without further ado, here's her story.

Who was the actress in The Big Comfy Couch?

Loonette was played by Canadian actress Alyson Court who was born in 1973 and raised in Toronto. Alyson is 48-years old now—but back when she started working on The Big Comfy Couch, she was a teenager. In 2019, Alyson gave an interview to Evantainment about how she got into acting and voice acting.

“I went to a school for the arts, great school. From the time I was 8 years old. And they would get a lot of calls for people to audition for things,” she said. “Nelvana was sort of the only animation house in town, and they also had a loyalty thing where if you were a kid working on a Nelvana show, once you booked a show with them, if they liked you, they used you on everything. So that’s really how I had an opportunity to grow my voice career so much.”

Alyson did tons of Nelvana shows through the ‘80s and early ‘90s. She still does work for the company, along with other animation companies throughout Canada. Within the first year of getting an agent, she made her film debut in a Sesame Street movie. At age 11, in 1985, she lent her voice to the character Malani in the animated TV series Star Wars: Ewoks. She also voiced Lydia Deetz in the cartoon series Beetlejuice from 1989–1991.

Alyson credits landing her role in The Big Comfy Couch to her role in another children’s show she starred in called Mr. Dressup.

She told Convention Junkies in 2018, “I got the part of Loonette from working on Mr. Dressup because Cheryl Wagner who created The Big Comfy Couch and Karen Valleau who did all of the art design for The Big Comfy Couch were both puppeteers on Mr. Dressup when I was on the show... I was 15 or 16 years old, and they heard me tell a story. And they said, 'That’s what we need for Loonette!' And they asked if I would do the demo with them.”

The first episode of The Big Comfy Couch premiered on March 2, 1992, in Canada. Then, in 1995, it premiered on PBS stations across the U.S. In addition to the series, Alyson also took her character on the road for a live tour in North America. She also appeared in the 2003 Macy’s Thanksgiving Day Parade—which is when you know you’ve truly made it.

What Happened to Dunkaroos—And Why Were They Discontinued in the First Place?

Why did Alyson Court leave The Big Comfy Couch?

At the end of season five, which aired in 1996, Alyson was in her early 20s and started feeling like her personal life was being controlled. She told E! News, "Understandably so, it's a kids' property and you don't want someone to take the wrong photo at the wrong time."

She wanted to enjoy being a young adult, and felt like she just couldn't do it anymore. So, she left. But then, in 2002, she surprised everyone by returning for one more season. At this point, she was pregnant and married to her now ex-husband Erik Suzuki who, according to IMDb, was formerly a voice director for video games. Then, in 2003, Alyson gave birth to her son Blaede.

Who replaced Alyson Court on The Big Comfy Couch?

There was actually another Canadian actress, Ramona Gilmour-Darling, who played Loonette in 2006 for the 7th and final season. So, where is she now? Ramona starred in an episode of the TV series Covert Affairs in 2013, and in an episode of the show Reign in 2017. While she did a great job, it’s no secret that Alyson is the Loonette that goes down in history.

What happened to Loonette the Clown (AKA Alyson Court)?

In October 2016, Alyson reprised her role as Loonette in a sketch for the Canadian TV show, This Hour Has 22 Minutes. This was around ﻿﻿the time that there were a bunch of creepy clown﻿ sightings in the U.S., so she appeared in the parody skit to defend clowns.

“People are afraid of us because we look different,” she said. “It’s getting so bad that it’s not even safe for a clown to hitchhike alone on a deserted highway alone at night.”

These days, Alyson is still in the business. She acts, does voice over work and directs. She’s even directed for Nickelodeon's Blue's Clues revival series, Blue's Clues And You!

Believe it or not, there was a rumor on the internet that Alyson was married to Steve Burns from Blue’s Clues—but there’s no truth to that rumor. She’s actually married to comic book writer Z. M. Thomas. She does have a theory about how the Steve rumor originated though. She told E! News that when she and Steve met, she tweeted a photo of them with the caption, “Just hanging with my buddy.” Alyson speculated that someone misread it as hubby, and just ran with it. That adds up!

Alyson and Steve even have a little inside joke that they should collaborate on a web series for us millenials. Alyson would be Steve’s therapist, and they’d have sessions on the big comfy couch where Steve would tell her about his imaginary dog named Blue. Honestly, we’re here for it.

So, would she ever consider a reboot? Alyson told E! News, “What I'd love to see is to introduce a new character who kind of takes over the couch. I could certainly still be Loonette, but, you know, Loonette has grown.”

Fingers crossed! So, that’s what ever happened to Loonette the Clown (AKA Alyson Court) from The Big Comfy Couch.