Take a Peek Inside Kensington Palace with This Virtual Tour

We’d do anything to receive a guided tour of Kensington Palace by none other than Prince William and Kate Middleton themselves. But due to multiple factors—like the coronavirus pandemic and the fact that they have way better things to do—we’re not holding our breath.

So, we rounded up a list of photos that offer a rare glimpse inside the palace’s walls. From The King’s Staircase to the Duke and Duchess of Cambridge’s royal residence (aka Apartment 1A), keep scrolling for a virtual tour of Kensington Palace. 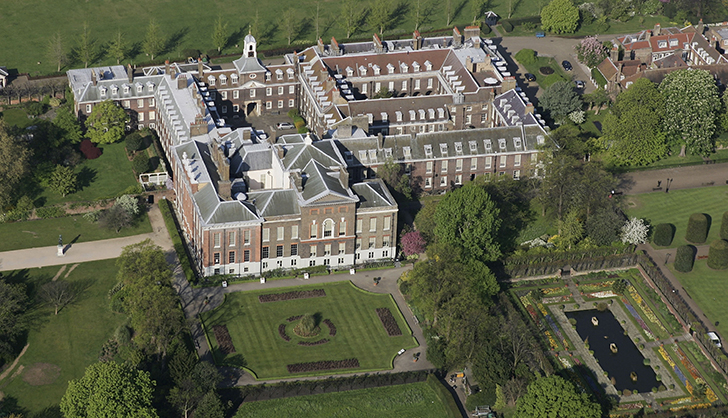 Kensington Palace resides in Kensington Gardens, which is located in London’s Royal Borough of Kensington and Chelsea. The royal residence has been in the family since the 17th century. It was originally purchased by King William III and Queen Mary II, who transformed the mansion into what it is today.

While the State Rooms are currently open to the public (yes, you read that right), other areas on the grounds (ahem, like Apartment 1A) are invite-only. 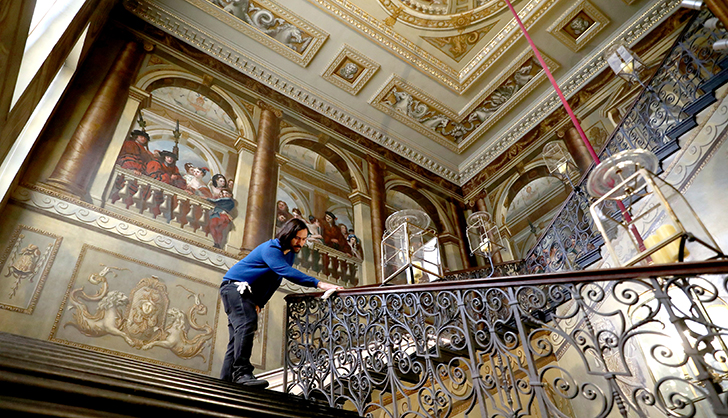 One of the public exhibits includes The King’s Staircase, which features striking artwork by famed British designer William Kent. The painting is a recreation of George I’s court, featuring people decked out in lavish clothing and red uniforms. According to reports, the patriarch is painted on the ceiling alongside his mistress. (#Scandalous) 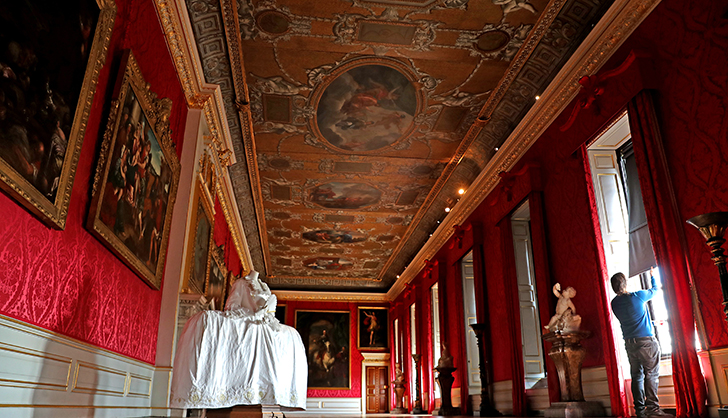 The King’s Gallery, which is another tourist hot spot, is the largest state apartment at Kensington Palace. It looks almost identical as it did back in 1725, featuring vibrant red walls, carved ceilings and intricate crown molding. The new door cases were designed by Kent (natch). 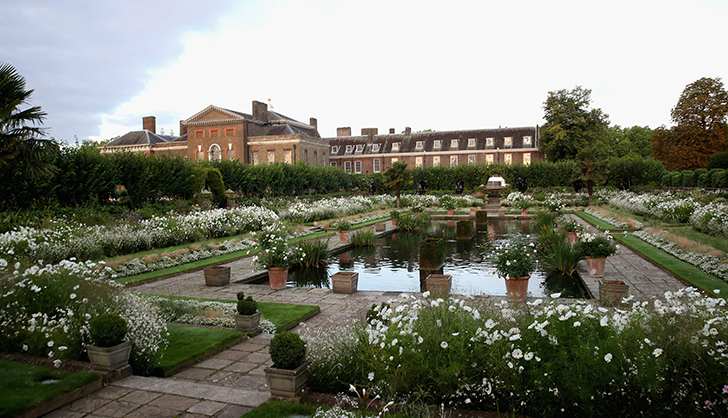 In 2017, Kensington Palace planted a special landscape in honor of Princess Diana. The White Garden features a variety of white flowers that pay tribute to the late royal, along with a small pond that’s surrounded by plotted plants. 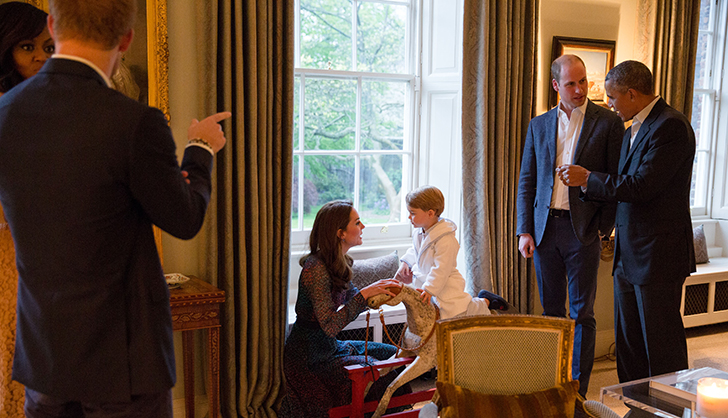 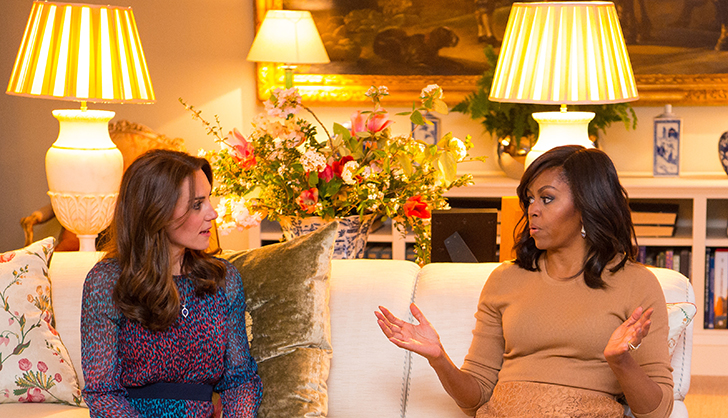 6. Drawing Room Of Apartment 1a

According to Hello!, the drawing room is “a stone’s throw” from the couple’s private quarters in Apartment 1A. *Makes mental note* In addition to framed portraits (yes, there’s more), it’s filled with intricate furniture, a loaded bookshelf and fresh flowers for ambiance.