‘Wedding Season’ Offers a Unique Spin on the Murder Mystery Genre, But It’s the Romance That Shines Through 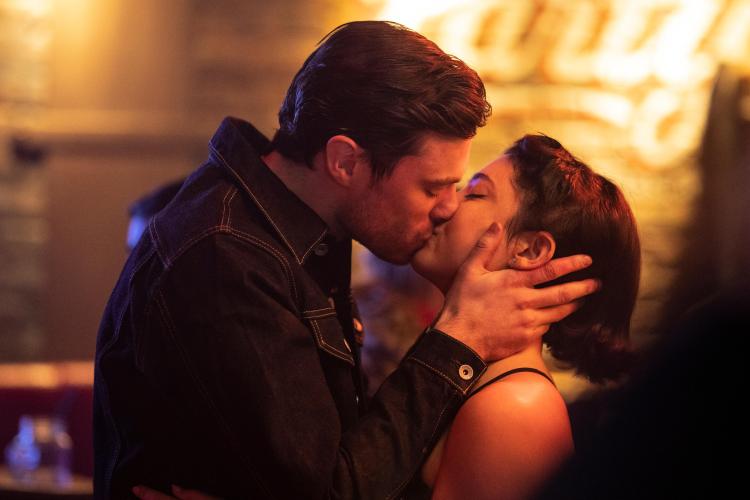 "I can't let you throw your life away like this." Stefan, played by Gavin Drea, says this line in the first few seconds of Hulu's Wedding Season as he interrupts the wedding of Katie (Rosa Salazar)—an engaged woman he met three months ago. Channeling his inner Benjamin Braddock, he says, "Come away with me."

By now, the average viewer would expect Katie to melt over this grand gesture and instantly ditch the groom, but this doesn’t happen. Instead, a clearly livid Katie gives Stefan a few choice words for trying to spoil her big day—a sharp contrast to the classic wedding crasher trope. And poor Stefan, who leaves with a black eye, learns that this rejection will be the least of his problems.

Judging by the first episode, Wedding Season is both an escapist romance and comedic whodunit, following both Katie and the lovelorn Stefan as they become prime suspects for a crime that both deny they’ve committed. The crime in question? The murder of Katie’s new husband and his entire family on their wedding day.

Naturally, the authorities suspect that Katie committed the crime and then left town, but not without some help. That’s where Stefan comes in. Except…he had no idea that these murders occurred until he got apprehended by the police. (Or did he?) 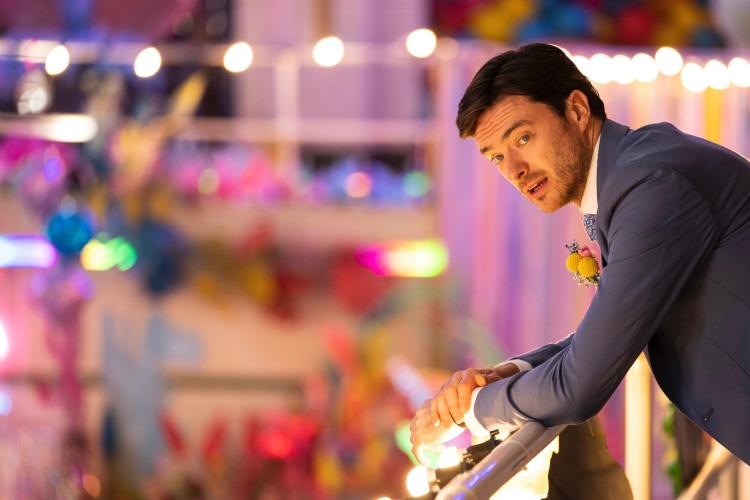 It’s a fascinating premise that initially gives you Gone Girl vibes, but this show takes a different approach by balancing a juicy murder mystery with plenty of humor. For instance, as two detectives interrogate Stefan about events leading up to the incident, there are hilarious flashbacks of the night the pair first met—complete with references to some of the most overdone tropes (like when Stefan somehow manages to impress the girl by operating on a dying stranger’s throat in the middle of a club with a giant culinary knife). Not to mention Stefan’s friends, who deliver some of the funniest scenes (we dare you to watch Jackson’s “pep talk” about drugs without laughing). Still, as fascinating as it is to see the case unfold, the most intriguing part of this show so far is the “opposites attract” dynamic between the two main characters.

Not much is revealed about their lives when they’re introduced in the first episode, but enough is shown to suggest that this is the beginning of a seriously messy (but compelling) love story. Katie is bold, enigmatic and full of charisma. Stefan is the awkward, hopeless romantic who would do anything for love (think: Leonard from The Big Bang Theory or Ross from Friends). But their chemistry is so apparent when they have their meet-cute and bond over drinks. And it feels genuine—not like a scripted scene out of a Hallmark flick. So it comes as no surprise that Stefan ultimately decides to go on the run with Katie, even after hearing that she might have killed her husband for his money. 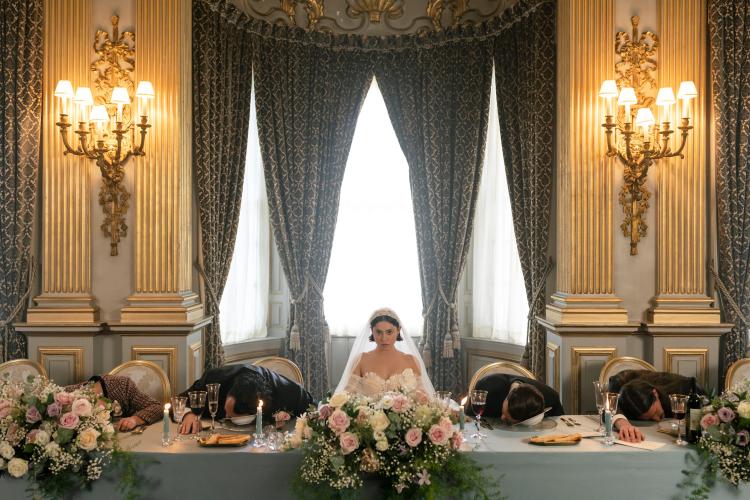 It’s worth mentioning that both Drea and Salazar’s performances are a major highlight in this series. Salazar’s Katie has an air of mystery, but she still comes off as a complex female character who might know a bit more than she’s letting on. Drea has just the right amount of innocence and charm for a seemingly clueless Stefan who, at the end of the day, just wants to find true love. And the supporting cast is also quite entertaining, even despite that cringe-worthy subplot that involves Suji trying to pursue a minor. (Yes, we're serious.)

So now, as the series progresses, we imagine the main question will be: Were Stefan and Katie really involved in that mass killing? But aside from that, we also want to know, will the pair’s budding relationship succeed, considering the secrets and the chaos of this case? The first episode (understandably) leaves fans hanging with these questions, but with such endearing main characters and a fascinating plot, this romantic mystery just might help fill the Only Murders in the Building-shaped void.