After flying through the entirety of season one and tuning in for the premiere of season two, I’ve come to the conclusion that ABC’s Abbott Elementary is the best sitcom on TV right now.

No, I’m not just saying this because the series recently scored three Emmy wins (although they were definitely well-deserved). I say this because the show is accomplishing a rare feat. With the premiere of season two, it’s building on its many strengths, from the charming ensemble cast to the funny, compelling storylines. But also, it continues to stand as the timely and thoughtful sitcom that will resonate with anyone, from boomers and millennials to Gen Z-ers.

In case you’re unfamiliar with the show, it follows a group of elementary school teachers who are determined to improve the lives of their students at a Philadelphia public school. And fittingly, the sophomore season kicks off with a gleeful shriek, followed by Janine (Quinta Brunson) explaining that she’s excited to start the new school year. Within the first 10 minutes, we see that there’s been quite a bit of character development over the summer.

Still, it feels like these teachers never left. Their enthusiasm and eagerness to make a difference at Abbott are so palpable. But it’s clear that they’ve still got some growing to do. Janine’s attempts to hide the effects of her breakup eventually backfire, Greg’s perfectionism gets the best of him as he tries to plan every waking second of his students’ days and Principal Ava (Janell James)—better known as the side hustle queen—is still hilariously tone-deaf, having ventured into yet another inappropriate new hobby.

It’s truly a treat to see this phenomenal cast continue the strong momentum of season one (and to see Greg and Janine share an adorable Jim-and-Pam moment towards the end). But another factor worth calling out is the show’s ability to find humor in the most challenging and uncomfortable scenarios. For instance, in episode one, we dive a bit deeper into Janine’s personal life and learn that she’s not only devastated over her breakup, but also struggling to make ends meet on a teacher’s salary. But these issues are handled in a lighthearted way by weaving in funny moments (like Janine literally trying to drive her car away from the school with a boot on her wheel). 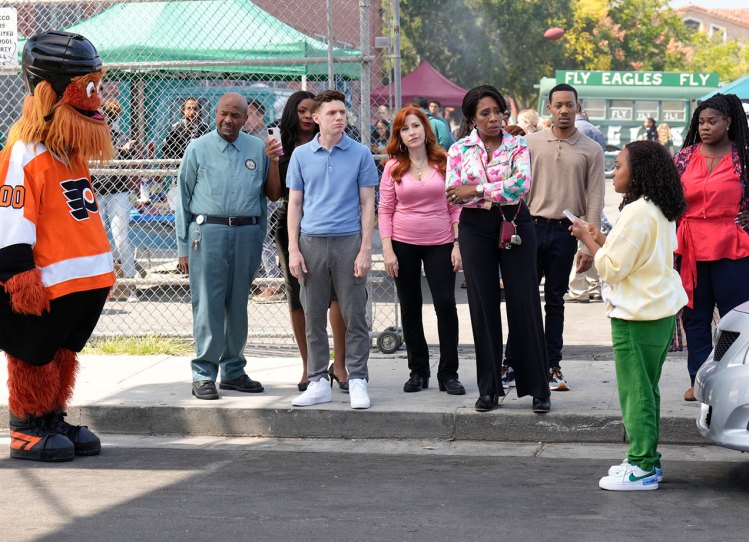 It’s a good sign that the show will continue to give us more intimate glimpses of this flawed, but lovable staff. And something tells me that those three Emmy wins will be the first of many.

See the ‘Abbott Elementary’ Stars’ Fab Fashion on the 2022