This Weird, Darkly Funny Novel Is About What Happens When Self-Care Goes Too Far 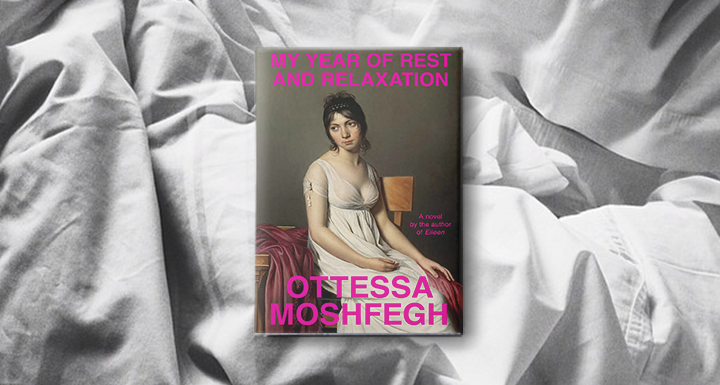 Self-care is great, necessary and healthy. Taking a year off of your life to do nothing more than pop pills and sleep? Not so much.

But that’s exactly the subject of Ottessa Moshfegh’s latest novel, My Year of Rest and Relaxation.

Set in 2000 and 2001, the book chronicles the strange sabbatical of an unnamed 24-year-old who lives on New York’s Upper East and has self-described model good looks (spoiler alert: she’s not super likable).

Still emotionally stunted by the deaths of her parents while she was in college, she decides to live off of the trust fund they left her and take a yearlong hibernation.

Aiding in her quest is Dr. Tuttle, a kooky (and wholly unprofessional and unqualified) psychoanalyst who’s quick to write prescriptions for any and all drugs. Some are real while others, like Maxiphenphen and Silencior, are figments of the author’s imagination; part satire, part Harry Potter spell. Some have the intended sleep-inducing effect, while others lead to action-packed blackouts that end with her coming to in nightclubs, empty streets and on the Long Island Railroad.

As the year progresses, we meet very few secondary characters—really just her best (and only) friend, and her awful sometimes boyfriend, a perfectly Wall Street-type that feels decidedly out of the start of the millennium.

If it sounds like there isn’t much of a plot, that’s because there isn’t. But it works. It’s dark and funny and weird and Moshfegh’s characters might not do much, but they’re undeniably watchable.

The 9 Best Articles to Read at the Beach This Summer