12 Books We Can’t Wait to Read in May

Once April showers are finally behind us, is there anything better than taking in the May flowers while lounging outside and reading a book? Maybe a powerful memoir about motherhood or a taut psychological thriller? Or a laugh-out-loud essay collection from the one and only David Sedaris? To get you started, we’ve rounded up 12 of the month’s most exciting new releases. 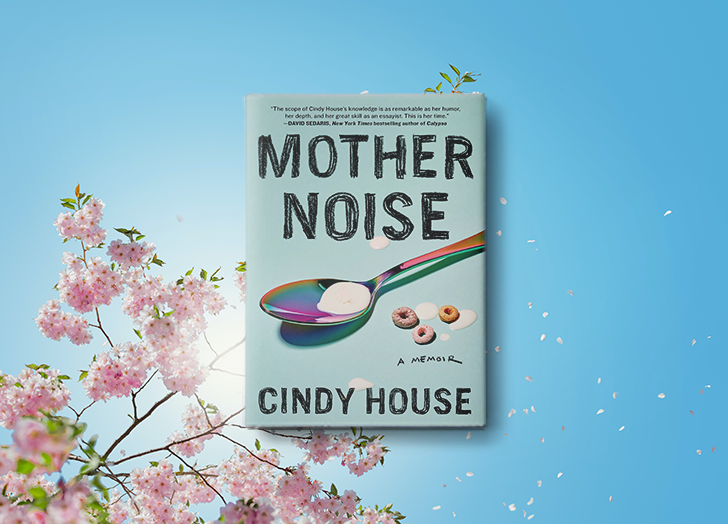 Twenty years into recovery after a heroin addiction, essayist and artist Cindy House is grappling with how to tell her 9-year-old son about her past. She wants him to learn her story from her, but she worries about how her truth may affect him. Told in essays and graphic narrative shorts, Mother Noise is a powerful memoir about motherhood and addiction that delves deep into our responsibilities as parents while celebrating the moments of grace that mark a true friendship—in House’s case, with writer David Sedaris. 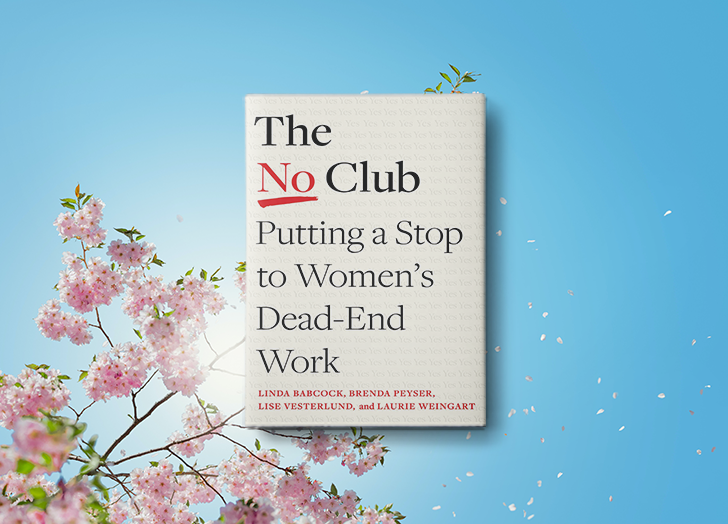 Every company has work that no one wants to do: planning the office party, screening interns or simply helping others with their work. These assignments, which inevitably go unrewarded, often go to a woman. That’s why four friends, crushed by endless to-do lists, banded together over $10 bottles of wine to get their work lives under control during meetings of what they deemed The No Club. In this eye-opening book, those women—two economics professors, a communications professor and a management professor—detail the club’s founding and their subsequent years of research that uncovered that women everywhere are unfairly burdened with “non-promotable work,” a problem we can—and need to—solve. With hard data and personal anecdotes, The No Club seeks to change the conversation about how we advance women's careers and achieve equity in the 21st century. 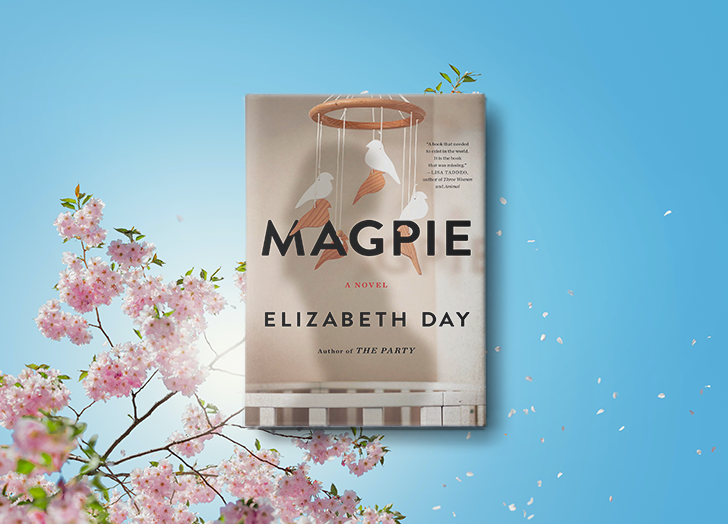 For fans of Gone Girl and The Perfect Nanny comes this psychological thriller about a seemingly perfect couple who take in Kate, a seemingly perfect roommate in the hopes that her rent will give them the income they need to start trying for the baby of their dreams. But what begins as Kate’s general disregard for personal boundaries soon turns into a full-on obsession with the couple and their future child in this tense story about mothers and children, envy and possession. 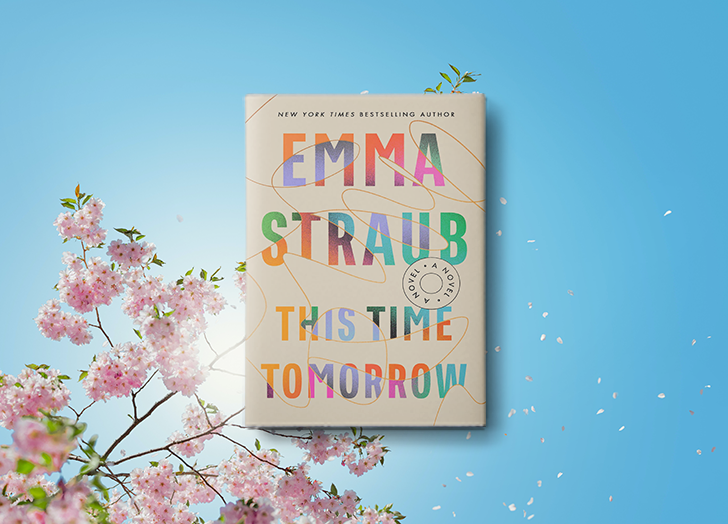 This Time Tomorrow by Emma Straub

Alice is about to turn 40, and her life isn't terrible. She likes her job, she's happy with her apartment, her romantic status, her independence and she adores her lifelong best friend. But something is missing—namely, her father, the single parent who raised her, who’s now ailing and out of reach. When Alice wakes up the next morning somehow back in 1996, it isn't her 16-year-old body that is the biggest shock, it's her dad: the charming, 49-year-old version of her father with whom she is reunited. Armed with a new perspective on her own life and his, she’s forced to wonder whether there’s anything she should do differently this time around. If you’ve loved any of Straub’s other novels (The Vacationers, All Adults Here), this is a no-brainer. 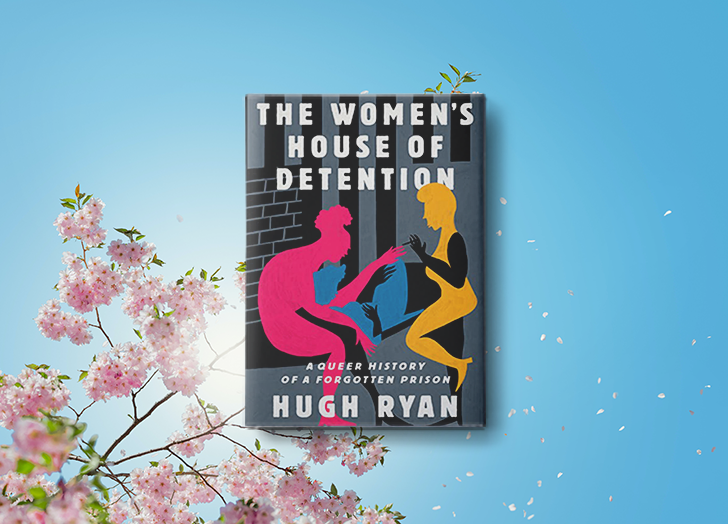 When it stood in NYC’s Greenwich Village from 1929 to 1974, The Women’s House of Detention was a nexus for the tens of thousands of women, trans men and gender-nonconforming people who lived in its crowded cells. As he reports on the little-known lives of hundreds of incarcerated New Yorkers as well as some of the prison’s famous inmates like Angela Davis, historian Ryan dives deep into misogyny, racism, state-sanctioned sexual violence, colonialism, sex work and the failures of prison reform. 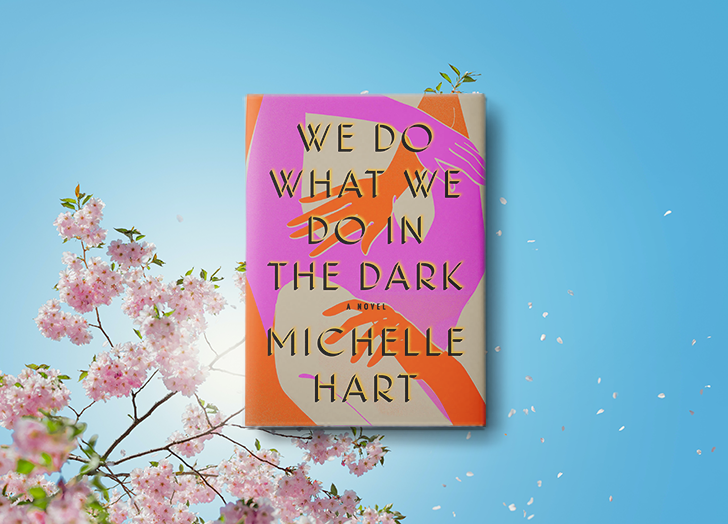 What We Do In The Dark by Michelle Hart

A young woman has a life-altering affair with a much older married woman in this buzzy debut novel for readers of Kristen Arnett and Lisa Taddeo. The story follows Mallory, a freshman in college reeling from her mother's recent death, who begins sleeping with a stranger she meets at the gym in secret. Desiring not only the woman but also the idea of who she is when they're together, Mallory retreats from the rest of the world, solidifying a sense of aloneness that will haunt her for years even after the affair ends. 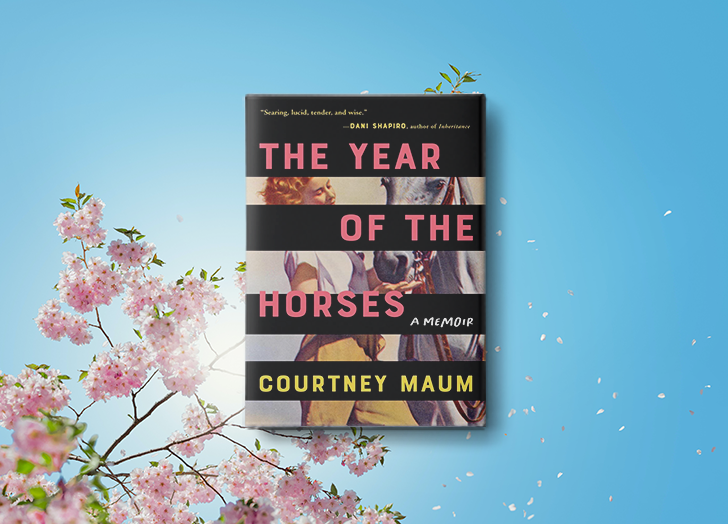 The Year Of The Horses: A Memoirby Courtney Maum

Novelist Maum (I Am Having So Much Fun Here Without You) was 37 when she got back on a horse after 30 years. Now, after suffering from years of depression, she figures her childhood passion of horseback riding could be a way to recover the joy and fearlessness she once felt as a young girl. As documented in her first memoir, as she finds her way, she becomes reacquainted with herself not only as a rider but as a mother, wife, daughter, writer and woman. 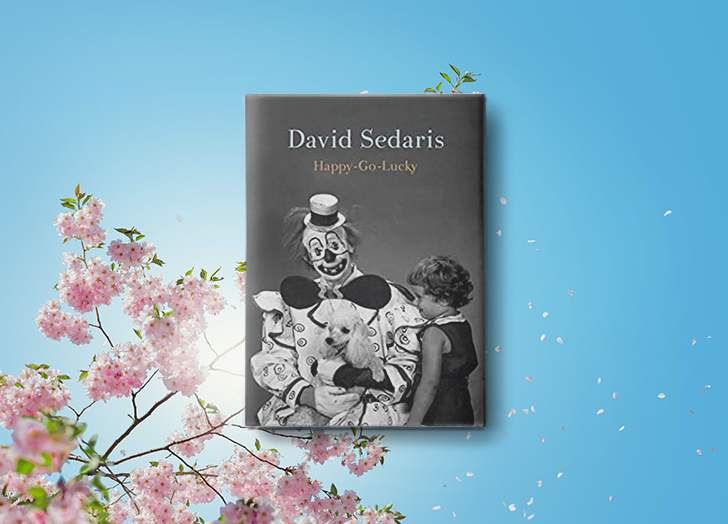 After a diary collection and a best-of anthology, beloved memoirist Sedaris is back with a new book of personal essays. As in his previous best-selling essay collections, Happy-Go-Lucky chronicles Sedaris’s life, pulling from his daily interactions and observations of seemingly ordinary moments that instantly turn absurd, with commentary on the pandemic, his relationship with his father and more. 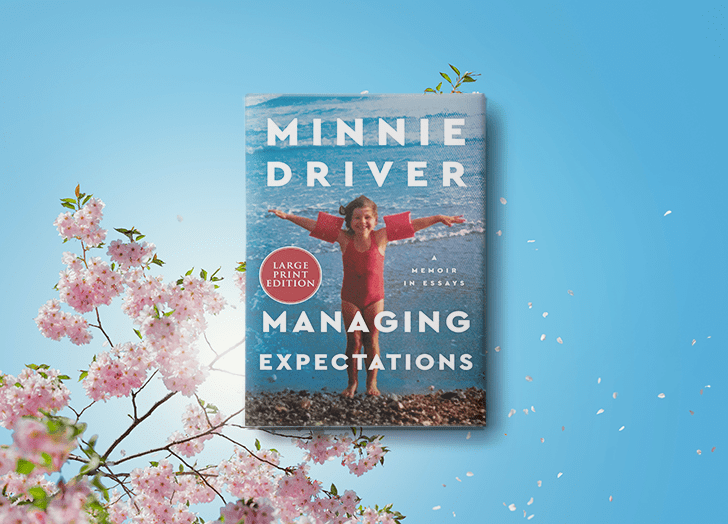 Managing Expectations: A Memoir In Essays by Minnie Driver

In this debut memoir, actress Driver (Good Will Hunting, The Riches) writes candidly about her bohemian upbringing between England and Barbados, being the only student in her acting school not taken on by an agent, being discovered at a rave in a muddy field in the English countryside and all the challenges of motherhood while famous. For readers of Lena Dunham’s Not That Kind of Girl and Gabrielle Union’s We're Going to Need More Wine, Managing Expectations serves as a reminder that life always works out—even when it doesn’t. 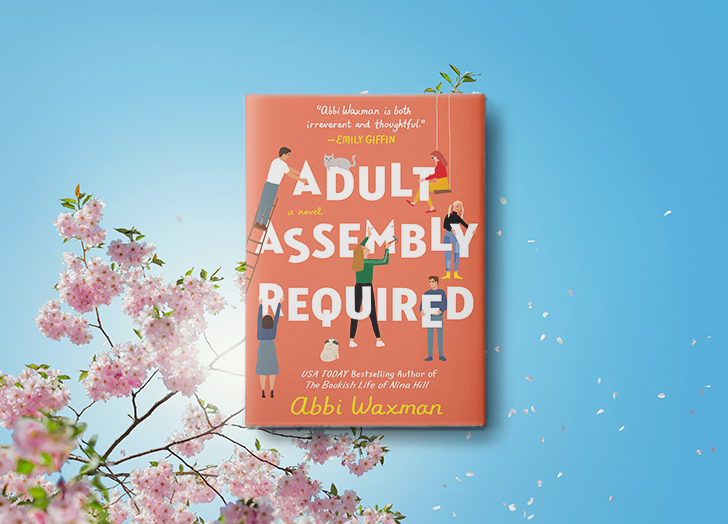 A move to Los Angeles is just what Laura thinks will help her escape an overprotective family and the memories of a terrible accident. She promptly finds out, though, that the building where she’s rented an apartment has burned down and she’s without a home. Having been taken under the wing of a rogue bookseller, she’s put up in a lovely but completely illegal boardinghouse with a regretful landlady, a gorgeous housemate and an ex-boyfriend determined to get back into her life. As Laura deals with her past issues while trying to figure out where her future is headed, she discovers that starting over doesn’t have to mean leaving everything behind. 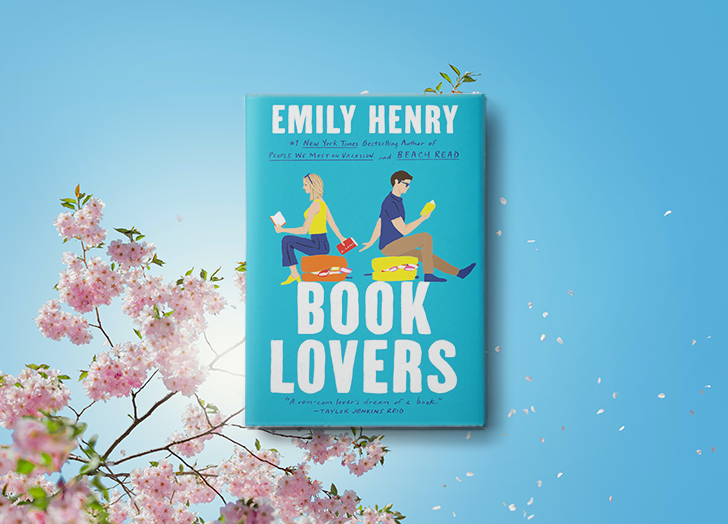 In this latest from beach read queen Emily Henry (People We Meet on Vacation), Nora is a high-powered literary agent who, on her pregnant sister’s request, takes a girls’ trip to a picture-perfect North Carolina town, Sunshine Falls. Somehow, Charlie, a handsome book editor who rejected one of Nora’s books years earlier, is also in town. In true rom-com fashion, as Nora and Charlie get to know each other, she learns that there may be more to him than she suspected. At the same time, though, Nora’s concerned about her relationship with her sister—they’ve always been close, but something seems off. Can high-strung Nora get her happily-ever-after and figure out her relationship with her sister? 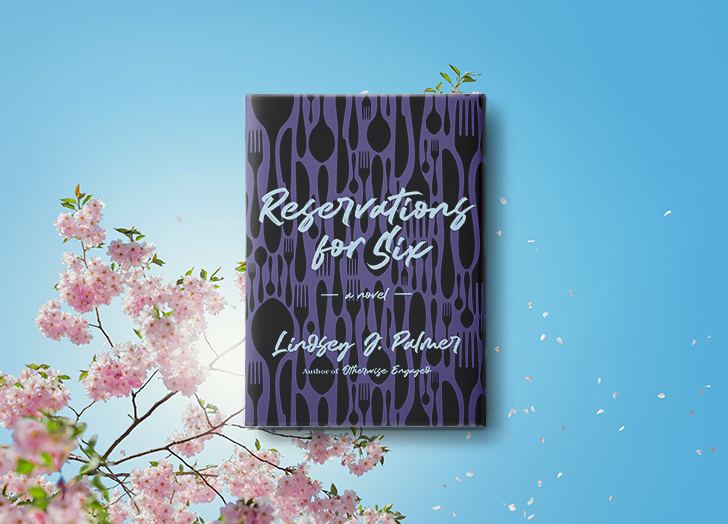 Three couples gather to celebrate each person’s birthday every year. Nathan is the first to turn 40, and when the cake arrives at the celebration, he makes a shocking announcement. And while we wouldn’t ruin what that is, suffice it to say, the birthday ritual and the friend group will never be the same again. Afterwards, confessions are made and secrets are revealed, as the six discuss infidelity, infertility and waning passion.

7 Books We Can’t Wait to Read in December

33 Books to Gift Everyone on Your List This Year

What New Book Should You Read Right Now?

8 Books We Can’t Wait to Read in November