Working from home can be a blessing and a curse. Sure, it’s great to spend the day in your pajamas, but it’s also way too easy to sleep in until exactly one minute before your first Zoom meeting or feel like you can’t get anything done (unless you scream into a pillow first). If you find yourself totally unmotivated or far less productive than usual, follow these guidelines for working remotely without developing cabin fever.

RELATED: How to Work from Home with Kids, According to the “Toddler Whisperer” 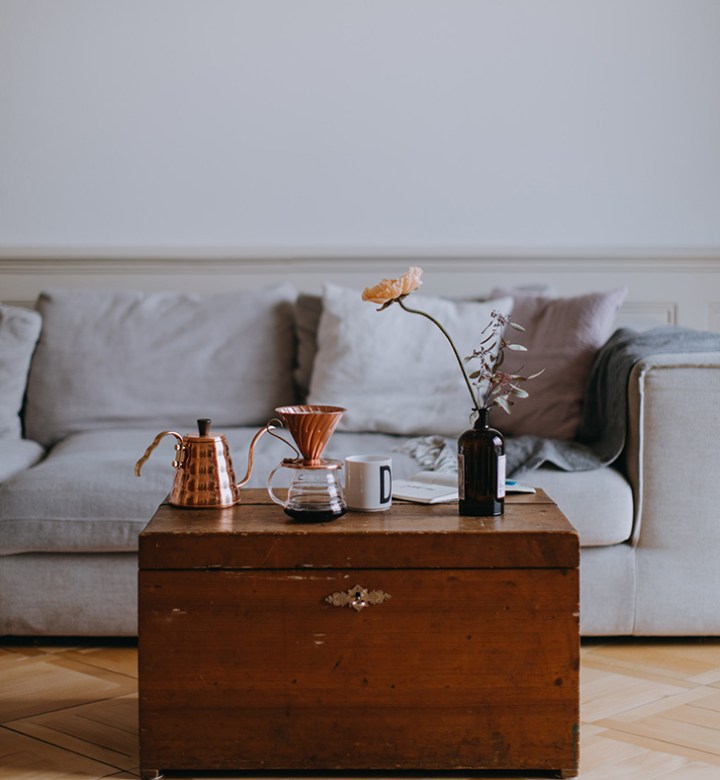 It can be tempting to get super lax with your wakeup time when your commute involves taking a few steps down the hall. Still, sticking to the same wake-up schedule every day is an important way to get on track for the whole day. PureWow Coterie member Phoebe Lapine, a chef, wellness guru and author, explains: “A successful night’s sleep is hugely reliant on routine. It matters less what that routine is and more that you have one that remains consistent. While you might chalk your Sunday-night insomnia up to your Monday worries meddling with your mind, the inability to fall asleep is often due to the fact that you slept in all weekend.” Yep, that means you should not be sleeping until noon on Saturday and Sunday. Lapine continues, “This will give your body the routine it craves and also ensure extra ‘me time’ in the morning for whatever activities will set the right tone for the day.”

Once you do wake up, the rest of your morning routine depends largely on what works for you. Some people need coffee before accomplishing literally anything, while others, like Lapine, swear by warm lemon water. She tells us, “Lemon juice, in general, is one of nature’s secret weapons. Its antiseptic nature acts as a solvent for toxins, helping your liver flush all the junk it accumulated overnight when it was doing double duty cleaning your blood. And I’d argue that proper evacuation is an essential part of everyone’s morning routine that we don’t talk about enough!”

Your ideal morning routine might include a high-intensity home workout or just a walk outside, an elaborate breakfast or a quick piece of fruit. The idea is to find what works for you—and that might take some trial and error. 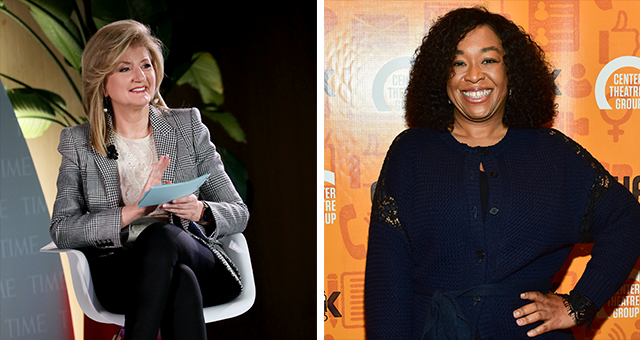 Don’t Have A Routine? Try Others’ On For Size

If you’ve never had a solid morning routine, it might be useful to sample the routines of others, see what works for you and then make small tweaks to tailor it to your life. To start, take a look at these morning routines of powerful women and figure out if any of them could suit your lifestyle.

According to an interview with My Morning Routine, Huffington’s morning routine actually starts at night. Prior to falling asleep, Huffington removes all electronic devices from her room, takes a bath, drinks a cup of lavender or chamomile tea and reads (an actual book, not an e-reader). She typically sleeps for eight hours and doesn’t use an alarm. In the morning she meditates for 20 to 30 minutes before working out—when she’s home, 30 minutes on a stationary bike followed by five to ten minutes of yoga stretches. She’s not a breakfast person, but she does drink Bulletproof Coffee.

The TV powerhouse told InStyle that unless she’s totally exhausted, she wakes up around 5:30 a.m. so she can have an hour and a half before her kids get up. Rhimes told the mag, “It’s important to have a little time to just exist before anyone else is awake. Sometimes I use this time to write in my journal, but sometimes I just sit and stare out the window.” After getting her kids ready, she drinks a cappuccino, eats breakfast and figures out what to wear for the day. While getting ready, she listens to NPR’s Morning Edition, reads theSkimm and scrolls through Twitter for fashion and decor content, which she says she uses for show ideas.

Winfrey told The Hollywood Reporter that while she doesn’t use an alarm to wake up, she normally rises between the very specific times of 6:02 and 6:20 a.m., which is usually when her dogs want to go outside. After brushing her teeth, she makes either a chai or skim cappuccino, followed by a trip to her home gym. There, she’ll do 20 minutes on the elliptical, 30 minutes of walking on the treadmill and sit-ups. Then she meditates for ten to 20 minutes, depending on how much time she has. Breakfast is a few medium-boiled eggs with multigrain toast, eaten around 8:30 a.m. while she goes through her schedule for the day.

Aniston told Well & Good that when she’s working, she wakes up at 4:30 a.m., but when she’s not, she rises at 8 or 9 a.m. After drinking a cup of warm water with lemon, she washes her face, moisturizes and then meditates for 20 minutes. Next up? Breakfast: “Usually I’ll have a shake, with some sort of pure protein, then bananas, blueberries, frozen cherries, stevia, a vegetable mix of dynamic greens that goes in there, maca powder and a little cacao,” she told the publication. Post-breakfast, it’s time for a workout—half an hour of spinning followed by 40 minutes of yoga with a trainer. 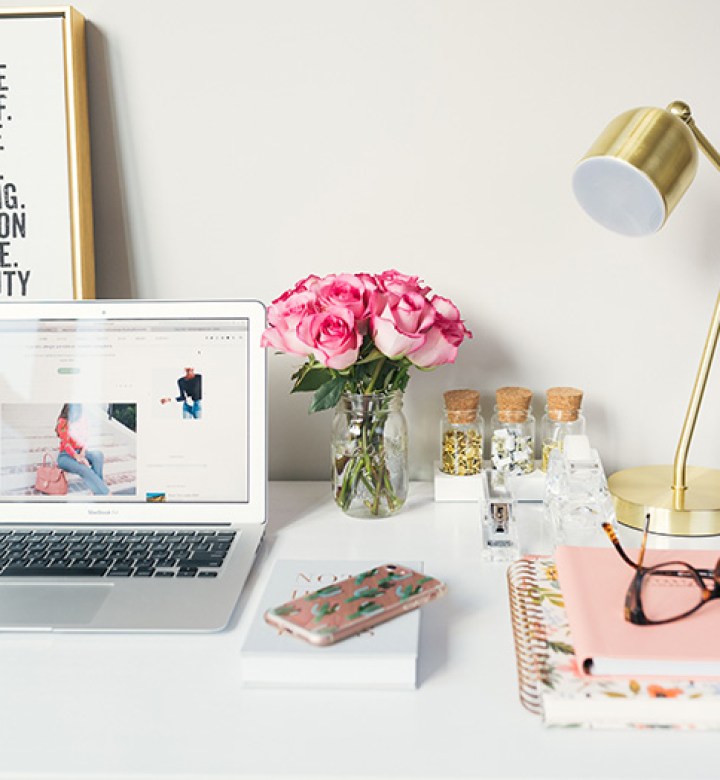 2. Set Up A Workspace

First, consider temperature. Researchers from Cornell University tinkered with the thermostat in an insurance office and found that lower temperatures (68 degrees) resulted in employees making 44 percent more errors and being less productive than when the office was warmer (77 degrees). Finally, the evidence you need to win the never-ending thermostat war with your partner who “runs hot.”

Next, think about ordering some plants—even if they’re of the faux variety. Surrounding yourself with plants won’t just help you live longer (and freshen up a dreary space), it can also make you more productive. A study led by Cardiff University monitored two large offices over a period of months and found that a plant-rich workspace could increase productivity by 15 percent. Go figure.

Depending on your setup, you might also want to invest in a pair of noise-canceling headphones. Between dogs barking and kids running around, they could be an absolute game changer. Not sure where to start? Here are some of our editors’ go-tos. 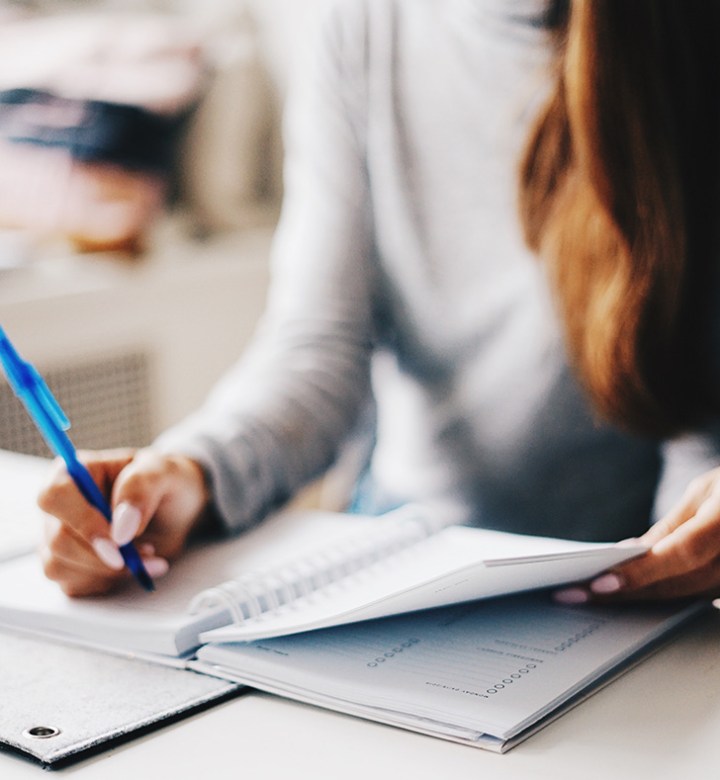 Yes, you read that right. Instead of writing out tasks and ticking them off as you go, sketch them. Get in touch with your inner artist to doodle a load of laundry or that big presentation. A study published in The Quarterly Journal of Experimental Psychology found that participants were more likely to remember to do annoying tasks when they drew a picture of them.

4. Resist The Urge To Multitask

Juggling multiple projects? Stop and focus on one thing at a time. Once you’ve finished the first task, then move on to the next. That’s according to a study at Stanford University that found “people who multitask do not pay attention, control their memory or switch from one job to another as well as those who prefer to complete one task at a time.”

5. Change Location When You Need To Focus

This tip comes from Alexandra Cavoulacos, founder of The Muse and author of The New Rules of Work, who told us, “My desk is no longer a place where my brain is able—or willing—to do deep thinking. But if I move to a couch somewhere else in the office or book a conference room for a block of time, that’s where I can really be productive.” While you probably don’t have a conference room in your home, the same concept applies to your dining room table, den or even the hallway between your bedroom and bathroom. The point is to have a change of scenery to get your mind going. 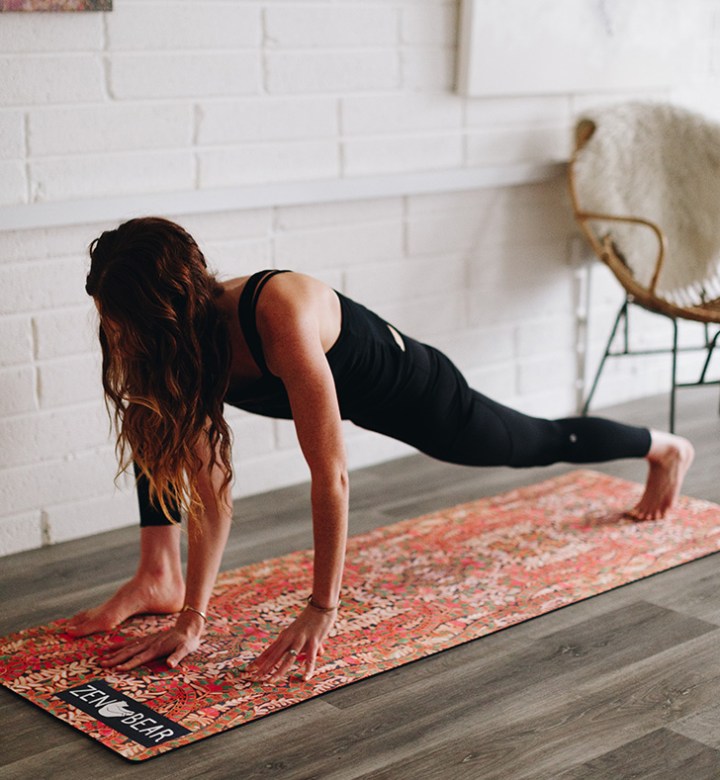 The more time you spend working, the more work that gets done, right? Not quite. According to research from the University of Illinois, taking scheduled breaks can improve concentration. Conversely, working nonstop can lead to deterioration in performance. If you’re so busy that you can’t even remember to take a breathing break or drink some water, try using an app like Time Out that will make sure you hit pause on the reg. Try a quick midday yoga flow or a fancier-than-usual lunch. On the subject of lunch, Cavoulacos stresses, “You need a mental break—and that means not replying to Slacks and emails and Instagrams for a set period of time. I schedule my lunch break, even if it’s 20 minutes. Those 20 minutes make me feel like I’ve had a moment to myself.”

It’s great to start your day on the right foot, but when are you most tired and distracted? After lunch. Think about it, the afternoon is rife with interruptions—because you’re full from the most recent pantry raid and more susceptible than ever to random internet videos. To combat the urge to fall down an Instagram rabbit hole, take 15 minutes to get your afternoon routine hashed out.

Your routine, of course, is dependent on what you need to accomplish, but a few things that work regardless of your to-do list are getting up and moving (ideally outside), tackling the easiest items on your list, strategically drinking your first cup of coffee after lunch when you start getting sluggish and getting a jump on planning the next day’s tasks. Try it and bask in your unflappable ability to get sh*t done. 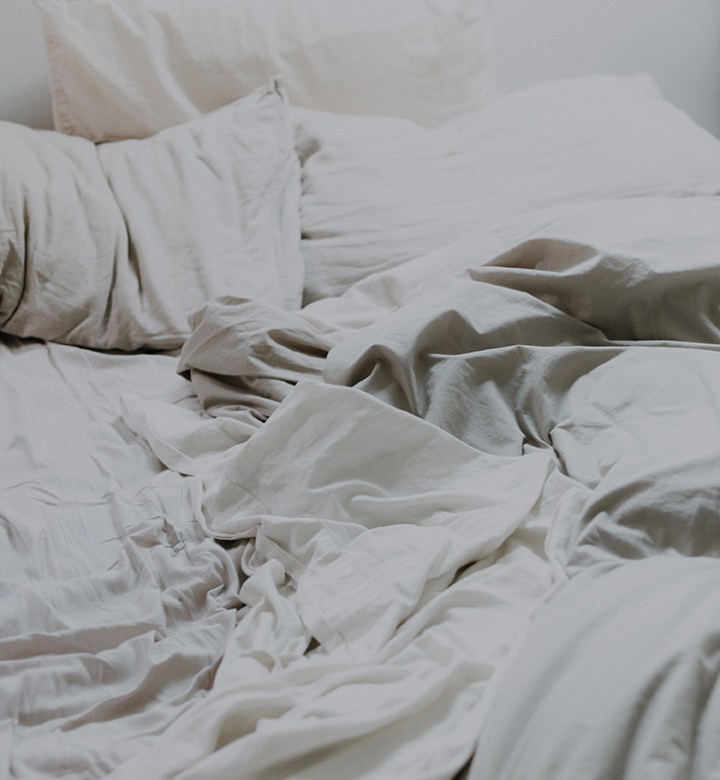 Sounds obvious, right? But here’s the kicker: Even catching 30 minutes more sleep per night could seriously improve your productivity. That’s according to a study by the American Academy of Sleep Medicine that tested the cognitive abilities, daytime functioning and response time of professional baseball players with 6.3 hours of sleep versus 6.9 hours. The result? Better scores all around, thanks to a little extra shut-eye.

9. Remind Yourself That You’re Doing Great

What goes hand in hand with feeling unmotivated? Negative thoughts. Luckily, the easiest way to turn things around is to tell yourself how great you’re doing. A study published in Medicine & Science in Sports & Exercise found that cyclists who repeated positive phrases (like “you can do it”) when they hit the wall during a tough training session actually pedaled longer than those who didn’t. This “motivational self-talk” group also felt like they weren’t working as hard (even though their heart rate monitors indicated otherwise). But if the idea of talking about how awesome you are while on the treadmill feels, well, silly, don’t sweat it—saying a positive mantra in your head also does the trick.