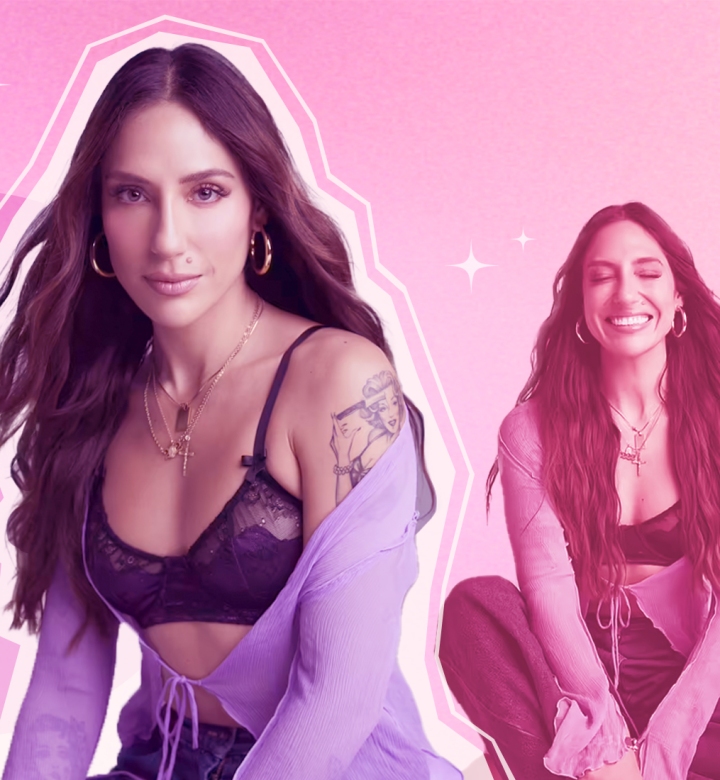 Tefi Pessoa is a content creator who’s become known as TikTok’s “big sis” for her honest advice, hilarious anecdotes and detailed deep dives into pop culture relationships, the Miami native has garnered over 1.6 million followers while forging her own identity on the internet. And while she’s built an empire online, she’s wasting no time forging a name for herself in Hollywood, leveraging her TikTok persona to hosting gigs on television. Pessoa impresses on many levels. But it’s her unique ability to weave together culture and career that strikes me the most. Here’s an excerpt of my conversation with the up-and-coming multi-hyphenate.

She’s Done Letting Others Dictate Who She Is

Balancing Her Latinx Culture with Her Career

It’s disheartening when it’s people from your own community that are quick to point the finger and tell you, "Hey, you’re not Latinx because xyz" or "How are you Latinx? You don’t look or act like you’re Latinx from [insert big city here]." And yet, the Brazilian-Colombian creator has never shied away from talking about these issues on her platform. But, at the same time, she refuses to give people more of a soapbox to spew their "Latinxhood rubric": “I feel like whoever is trying to make anybody else feel they’re not Latina enough is projecting in some way and I notice that with the internet. It’s so weird,” says Pessoa.

“When it comes to being Latinx enough it really has to come down to your personal definition of it. If being Latinx enough is knowing the lyrics to ‘Guantanamera,’ that’s up to you, but the moment we start letting other people define what an identity means to us we already kind of lost it,” she adds. “There are some people who grew up in homes where they didn’t speak Spanish. However, that doesn’t make them any less Latino just because they weren’t exposed to a culture that they were born into. [It shows that] home isn’t a place where you have to prove to people.”

Speaking Up for Representation

Recently, Pessoa, tells me, she found herself at a creator’s event with no Latinx person presented in any panel. In 2023, how can we root for representation, diversity and a whole month dedicated to us, if there’s no reflection of that in real life, she asks. “To look at a panel and not see one Latinx person, especially after being a part of Tiktok’s Latinx Trailblazers List, I know we exist on the platform. I just couldn’t believe that I was looking at a panel since doing Tiktok that somebody like me, or someone who spoke the language that I spoke, wasn’t included. [Representation] is important. We deserve to be seen. We deserve to be heard just as much as the next person.”

From “Cowboy Caviar” to “Spa Water,” TikTok Food Trends Are Erasing Latinx Culture (and It Needs to Stop Now)