In July 2022, TikTok creator Zaiad Khan made a video about quiet quitting. As he described it, “You’re not outright quitting your job, but you’re quitting the idea of going above and beyond…You are still performing your duties, but you are no longer subscribing to the hustle culture mentally that work has to be our life.” In August, The New York Times picked up on the story and suddenly the concept of quiet quitting was everywhere. But did you know that quiet quitting doesn’t have to apply to just your job? According to Pippa Murphy, a sex and relationship expert at condoms.uk, it also happens in romantic partnerships. Read on for five signs your partner might be quiet quitting your relationship—and what to do if they are.

What Is Quiet Quitting in a Relationship?

Per Murphy, “Quiet quitting is when one person stops trying and gives up without telling the other person about their feelings or needs. The other person may not even know that they're being neglected until it's too late after the damage has been done and things are irreparable.” She adds that quiet quitters know they’re doing the wrong thing, but don’t want to be direct about what they’re feeling.

Pippa Murphy is the sex and relationship expert at condoms.uk, a sexual health brand.

16 Relationship Red Flags Every Grown Woman Should Look Out For 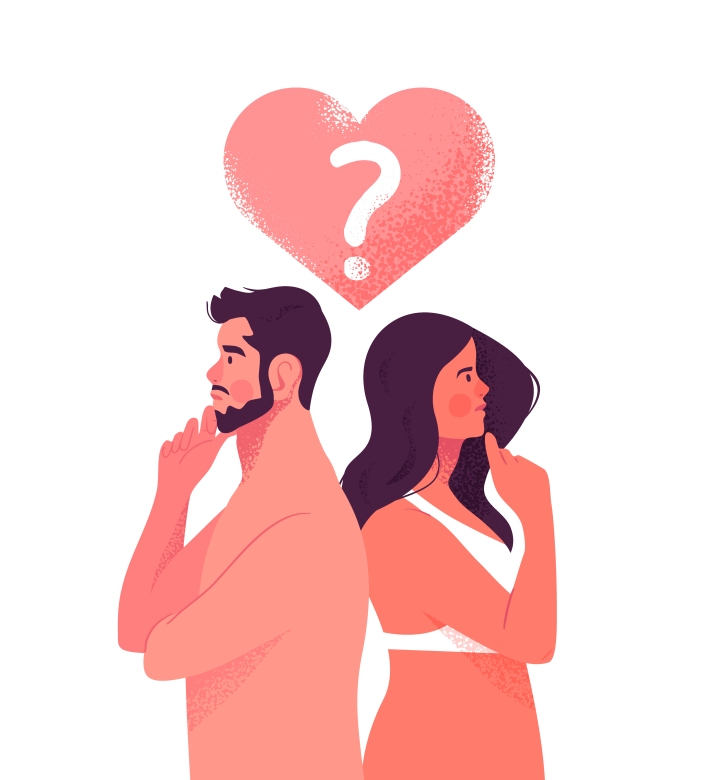 6 Signs Your Partner Is Quiet Quitting Your Relationship

1. They Won’t Commit to Any Far-Away Plans

Every time you bring up your dreams for a summer trip around Europe, your partner changes the subject. Even the mention of your cousin’s wedding in Palm Springs makes them clam up. This could signify they’re not thinking about your relationship in longer terms. Murphy explains, “If your partner refuses to talk about their future together, it could be because they want out, but don't want to hurt your feelings by telling you directly.” Try to bring up future plans and see how they react. “If they show no interest, then this is a major red flag.”

2. They Stop Talking About Happy Memories from the Past

“If your partner stops talking about the happy memories that you two shared, it could be because they don't want to feel guilty about wanting out of the relationship, and instead are trying to forget about their relationship with you,” Murphy notes. This goes back to her original point that a quiet quitter is often well aware that what they’re doing is unkind; they just don’t have the guts to be honest and open.

3. They Take Longer to Reply to Texts

You and your partner used to exchange good morning texts, ‘what’s for lunch’ texts and the occasional sext. If this communication stops being as regular, they might be thinking of ending things. Murphy is sure to emphasize, though, this is only a red flag if they were a prolific texter beforehand. If you and your partner have always thrived more off of in-person chit-chat, there’s probably no need to read into why they haven’t checked in in a few hours.

“Similarly, if they’re no longer showing interest in your life when you talk in person, this is another red flag,” says Murphy. For example, if your partner seems to be miles away when you talk about work or other problems, it could be because they're distracted by their worries and concerns—which may include ending the relationship.

“Let this be clear: A relationship without conflict is not a healthy one,” Murphy stresses. “However, if you and your partner are constantly fighting, it might be because they've decided that they don't want to stay with you anymore but don't want to hurt your feelings by telling you directly.” Instead, she says that they might take their anger about the situation out on small, petty things that don’t matter in the grand scheme of things.

What to Do If Your Partner Is Quiet Quitting Your Relationship

1. Don’t Wait for Them to Bring It Up

Murphy’s first piece of advice if you suspect your partner wants out of your relationship but is afraid to speak up: “Instead of waiting around until they mention it first, try bringing it up yourself.” Yes, it’s a difficult conversation to have, but if they want to call it quits but are avoiding saying so, things aren’t going to magically get better.

2. Find Time to Talk That’s Not During a Fight

If you do want to bring it up, Murphy advises against doing so when either of you are angry or upset about something. “This is especially important if your relationship has been rocky in the past—if one of you starts yelling at the other, then they'll just feel like they're being blamed for everything, even if that isn't what's happening.” Wait until both parties are calm, cool and collected to bring up your concerns.

3. If They Do Want to End the Relationship, Try Not to Take It Too Personally

Let’s say you mention to your partner that you feel like something is up and they finally admit that they’ve wanted to end the relationship. This can feel like a huge blow, but Murphy says you shouldn’t let this lead you to believe that they only acted this way because they want to get out of your relationship—they might’ve just been trying to spare your feelings because they care about you. She adds, “That being said, it can be very hard to accept that someone doesn't want to be with you. That’s why it’s important to not take things personally; instead, try listening carefully as they explain how their feelings have changed over time.” Most of the time, if these negative feelings exist, the best thing for both of you is to amicably go your separate ways.

How to Make Your Relationship Better: 12 Tiny Things You Can Do Today