Why Am I So Clumsy Before My Period? A Hormone Expert Weighs In 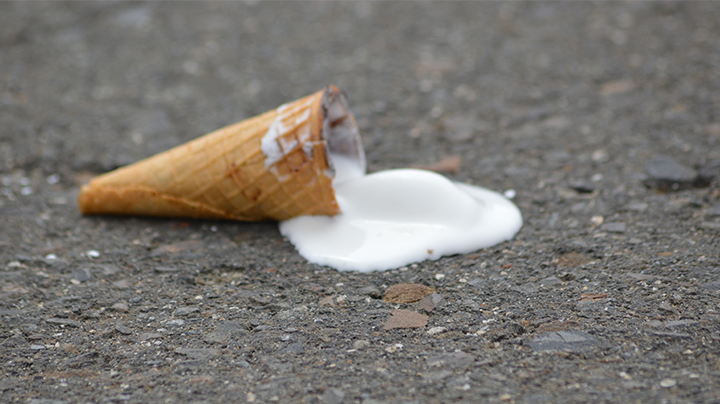 You know how some women know their period’s coming on by increased appetite or boob soreness? For me, it’s an uptick in dropping things and tripping on the sidewalk. I’m pretty uncoordinated to begin with, so I figured it wasn’t that notable. But recently I was at a dinner party with a competitive cyclist and she mentioned that, like clockwork, her performance always suffers horribly in the days before her period: her balance is off and she finds herself misjudging how sharp to take turns, despite years of training. If an experienced athlete isn’t immune to pre-period clumsiness, there has to be something to it, right?

For insight, I turned to Lola Ross, nutritionist and co-founder of Moody Month, an app that helps women track hormone changes throughout their cycles. “Studies have shown that natural hormone shifts during the cycle cause changes in areas of the brain that are associated with memory, learning and emotions and this may influence mood and behavior in some women,” she says.

“High levels of estrogen (balanced by high progesterone) during the follicular phase [which comes before ovulation] is associated with increased mental clarity, cognitive function and coordination, so it is possible that the drop in estrogen and progesterone in the days leading up to your bleed may affect coordination, behavior and feeling more clumsy in some women.”

So to put it another way, it’s not so much that we’re abnormally klutzy before our periods, it’s that our bodies are firing on all cylinders earlier in our cycles—so when that peak agility inevitably wanes, we notice.

How to Use Menstrual Cups My Journey Into the Great Unknown