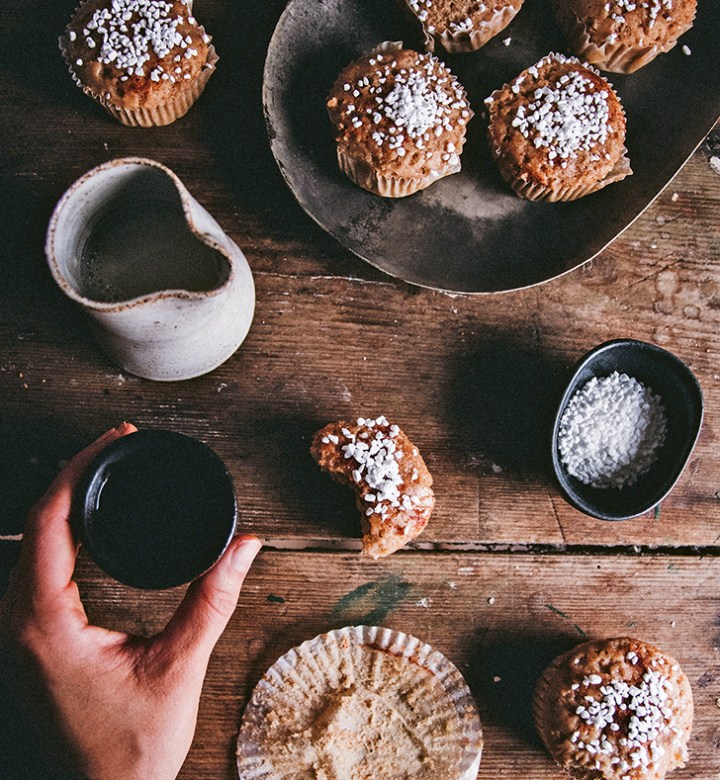 “They take no more than 30 minutes to bake and taste exactly like cinnamon buns. Well, almost,” Nordgren writes. We'll take the time-saving tradeoff any day of the week.

Adapted with permission from The Nordic Baker by Sofia Nordgren, published by Quadrille, March 2022.

2. In a large bowl, beat the aquafaba and sugar with a hand mixer until white and fluffy.

3. In a saucepan over low heat, melt the margarine, then stir in the plant milk. Pour the mixture into the aquafaba-sugar mixture and stir to combine.

4. In a separate bowl, combine the flour, baking powder and cinnamon, then gently fold into to the wet mixture. Scoop the batter evenly into the muffin liners.

6. Bake on the middle rack of the oven until light golden, 12 to 15 minutes. Remove from the muffin tin and cool on a wire rack. Serve or store in an airtight container for 2 to 3 days, or freeze up to a month.