This Female-Led Film Was Totally Snubbed by the 2019 Oscars 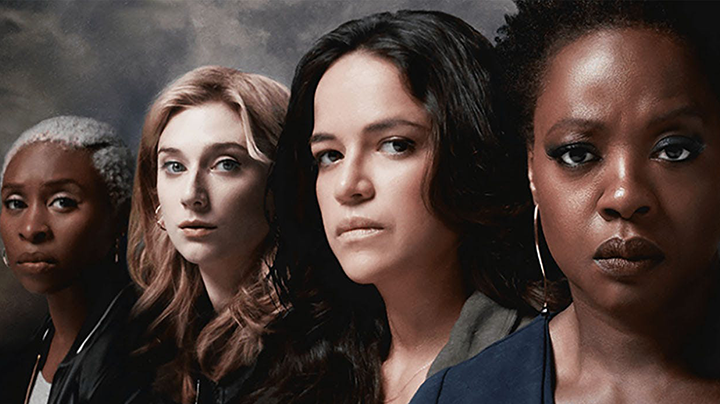 The 2019 Oscar nominations have been officially released, which means audiences can now partake in the annual tradition of complaining about which films, actors and crews were snubbed—and how the academy has once again missed the mark. Let the games begin!

Some are upset that Bradley Cooper didn't receive a nomination for Best Director for ﻿A Star Is Born, but I have little sympathy for the man (sorry, not sorry) as has was nominated for Best Actor. Others can't comprehend how Won't You Be My Neighbor?, the highest grossing documentary of all time, was also overlooked.

Director Steve McQueen's remake of the beloved U.K. television series was headed by powerhouse (and all-around badass) Viola Davis, whose performance earned her a BAFTA Award nomination for Best Actress in a Leading Role.

Davis and her female co-stars, Michelle Rodriguez (from The Fast and the Furious series), Elizabeth Debicki (from The Night Manager alongside Olivia Colman) and Cynthia Erivo (winner of both a Tony and a Grammy) all gave riveting performances, developing nuanced characters that clearly deserve recognition.

Gillian Flynn's screenplay, which packed one truly shocking twist after another, avoided falling into the usual tropes relied upon when telling stories involving heists or scorned women seeking revenge. And yet, nothing.

Brian Tyree Henry's and Daniel Kaluuya's performances were brilliant demonstrations that villains don't need to be loud, boisterous or wild to be terrifying (need I remind you of Henry's scene with the adorable West Highland white terrier?).

The cinematography felt fresh, inventive and engaging. Hans Zimmer's score guided the audience through the film without distracting or overpowering the action (also earning a BAFTA nom). And the film currently holds a 91 percent rating on Rotten Tomatoes.

So, really, academy, I ask again: What happened here?!

My only solace comes from knowing that Roma, Alfonso Cuaròn's beautiful ode to Mexico City starring the best new breakout actress of the year Yalitza Aparicio, and The Favourite, another incredible female-led film, tied for most nominations this year with ten each.

I suppose we'll just have to wait until 2020 to see Viola Davis rule the award-season red carpet (once again).