Whether you want to rock the titular cardigan from Swift's hit folklore track or wrap up with the iconic scarf from “All Too Well,” there have been plenty of lyrically-tied items for fans to choose from. However, this latest offering is sure to please any diehard Swiftie.

In anticipation of the Red (Taylor's Version) album release on November 12, Swift is selling a ring which is an exact replica of the one she's sporting on the cover of her upcoming release. The diamond-shaped, silver-electroplated accessory says the word “Red” across the front and it is inlaid with tiny crystals.

But there's a deeper, special meaning to this design that was crafted by Cathy Waterman. Apparently, back in 2011, Swift was gifted a ring by her friend Claire Winter Kislinger, which was also designed by Waterman and said the word “LOVE” across the front. This specific ring was what Swift wore while writing the original Red album, and so naturally (being the detail-oriented woman she is), Swift decided to use its design as inspiration for a new piece of jewelry to go with the re-release.

The ring can be seen in the video above, which Swift shared to her Instagram account in anticipation of the album's release. She said, “21 days til November 12 and I *promise* it’s worth the wait.”

It seems that Swift is making a trend of selling themed jewelry for each of her album re-releases. When Fearless (Taylor's Version) was dropped back in April, Swift put out a necklace in her store that resembled the same one she wore on her original album cover back in 2008.

$45 for some Taylor swag? We know what all the Swifties in our fam are getting for the holidays. 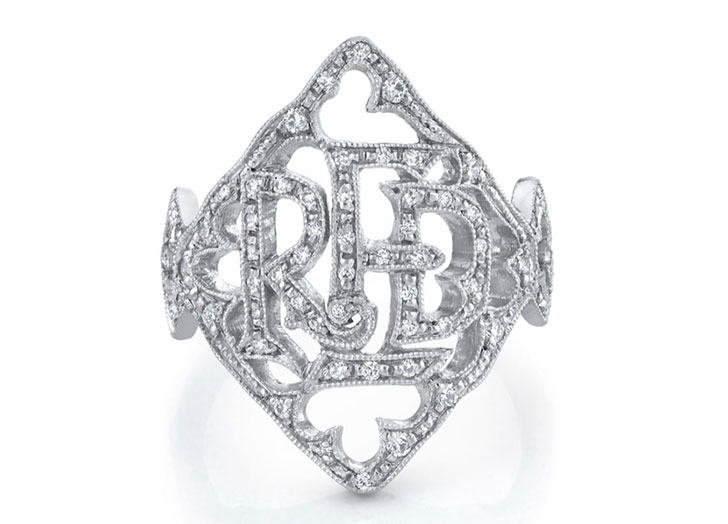