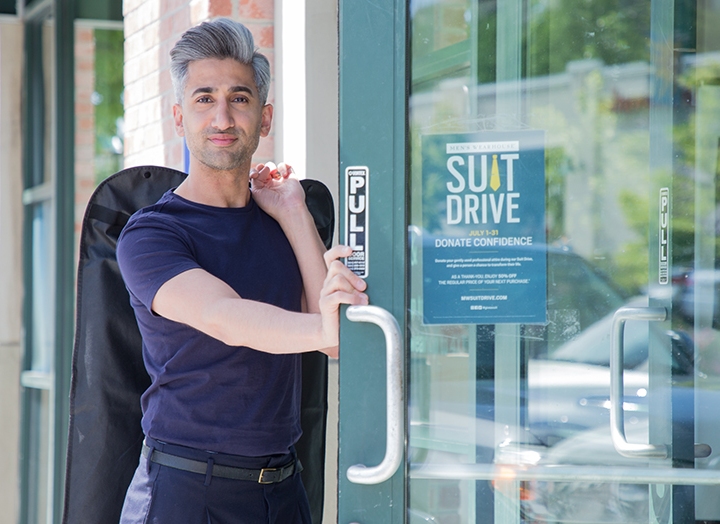 Just in case you missed it, the trailer for season four of Queer Eye is here. PureWow was lucky enough to have a chance to catch up with the show’s resident fashionista (and master of the French tuck) Tan France for an exclusive chat about all the good stuff we can look forward to when it premieres on July 19. (So soon!)

France—who was in New York City to talk about his partnership with Men’s Wearhouse and their month-long Suit Drive to collect professional attire for unemployed men and women re-entering the workforce—had a word of warning about the new season: Tissues are required.

“Our show is known for being emotional, but season four might be the most emotional yet,” he says. “There are a couple of heroes in particular that stand out, but one of them is very special because it’s someone that Jonathan has worked with in the past, something we’ve never done before on Queer Eye.”

Who is this mystery hero? Well, you can get a sneak peek in the trailer, but France adds to the back story: “It’s Jonathan’s old high school teacher. She’s a very special woman and someone who’s done so much for her community—including Jonathan—so to give back in that way felt profound. It’s also a very big moment for Jonathan. And since he’s our brother, watching him have such an emotional reaction to the experience was really special.”

And good news—when Netflix confirmed the release of season four, they also confirmed season five is in the works. Yaaassss!

Did You Catch That ‘Stranger Things’ x ‘Queer Eye’ Crossover?!