Surprise! Royal Fans Got Within 20 Feet of Prince Harry and Meghan Markle’s Home 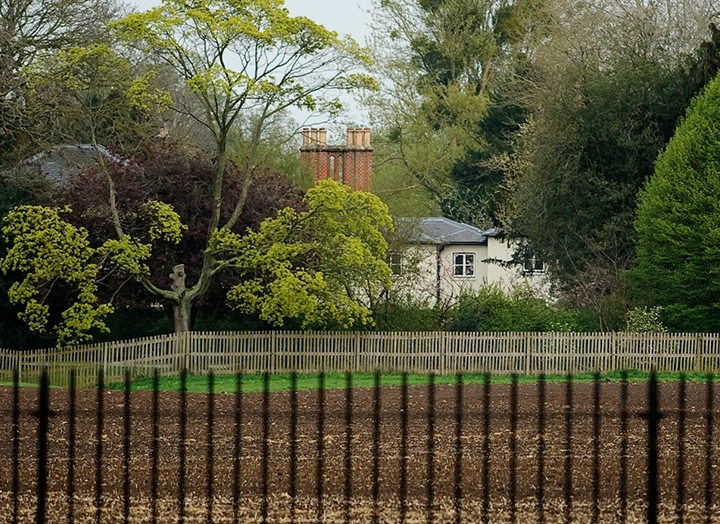 Talk about a royal oops: Fans touring Frogmore House this week were in for a major royal surprise when they realized, lo and behold, they could actually see Prince Harry and Meghan Markle’s humble abode in plain sight as they walked the grounds.

Here’s why: For a few days every year, Frogmore House—a 17th century home located at Windsor Castle—is open to the public as part of a charity drive for the National Open Garden Scheme. When guests embarked on an official tour of the property at the end of May, many realized they were walking a mere 20 feet from Frogmore Cottage.

According to The Daily Mail, visitors claimed they could stroll right past the gate to the couple’s house and even snapped photos of the exterior, despite a police presence telling them not to. One royal fan shared her shock: “Couple of windows open and two shiny cars out front so someone’s there...Mad how close you can get,” she said.

Another detail that visitors called out? The noise. That same woman commented: “Although how they’re getting Archie to sleep under this flight path is beyond me. Absolute racket.” You’ll recall that Prince Harry supposedly installed more than $50,000 worth of soundproofing during renovations of the cottage. Now, it’s clear that had less to do with blasting lullabies and more to do with covering up the sound of commercial jets taking off from Heathrow Airport.

Despite all the hubbub about Frogmore Cottage, visitors on tour were unanimous about one thing: Harry and Meghan’s choice to relocate to the countryside was a good one. “[Frogmore] is just top notch,” one visitor said. Another added: “Windsor is so beautiful and cute. I can see why the Duchess Meghan and Prince Harry moved here.”

Now, about that home security. Based on this tour, it’s safe to say there may be some royal changes afoot.