This past week, on their way to the 2022 Invictus Games, Prince Harry and Meghan Markle made a surprise stop in the U.K. to see Queen Elizabeth. According to the BBC, the Duke and Duchess of Sussex made a trip to Windsor Castle on Thursday, which marked the first time Markle had seen the monarch since 2020. While the visit was long overdue, many royal aficionados were still surprised, given that Prince Harry has claimed he wouldn't return to the U.K. until he was able to get police protection for himself and his family (which he is currently fighting for in British courts).

But while we loved hearing about this unexpected reunion, it turns out the queen may have requested that Prince Harry and Markle visit a different royal prior to their stop at Windsor Castle. According to a report from ﻿Daily Mail ﻿editor Richard Kay﻿, Queen Elizabeth asked the pair to visit Prince Charles before coming to see her. Kay recognized the timing of the couple's visit, saying, “To the Queen, Easter’s promise of spiritual renewal and forgiveness—such an important time of year to her—represented an opportunity.” He added, “But there were strings attached: ahead of meeting the Queen, Harry would first have to see his father.” 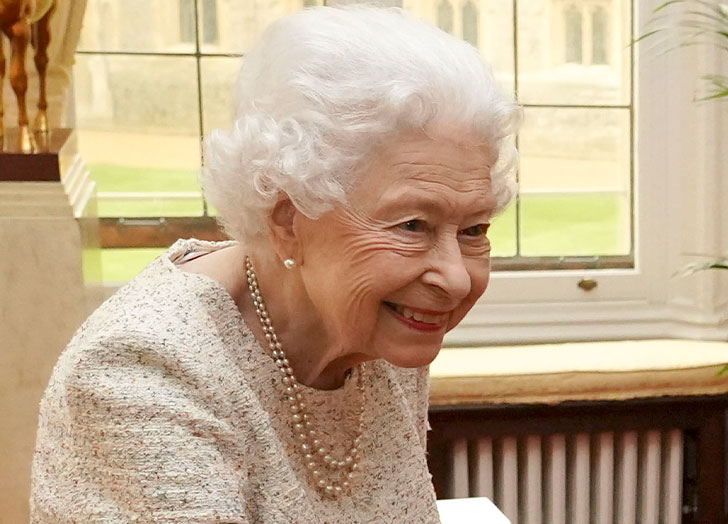 According to Kay, the meeting between the Sussexes and Prince Charles lasted for about 15 minutes, and the group was joined partway through by Prince Charles's wife, Camilla Parker-Bowles. As Kay noted, this was an important meeting, given that Prince Harry and his father have not been communicating much in the past few months, and hopefully this was a first step toward reconciliation between the two.

Besides being close to Easter, Hello! magazine recently pointed to another reason why Prince Harry and Markle's visit was timed well. Their stop on April 14 happened to be Maundy Thursday, a religious holiday with a special meaning to those who follow the Christian calendar, as it focuses on forgiveness (more can be read about it here).

We're just glad the royals made the trip.