It’s hard to believe that April 9 marked one year since Prince Philip, Queen Elizabeth’s husband of 73 years, passed away. At the Service of Thanksgiving on March 29, the royal family had a chance to give him a proper send-off after COVID-19 impeded upon their funeral plans last year, but with one minor hiccup: Prince Andrew. 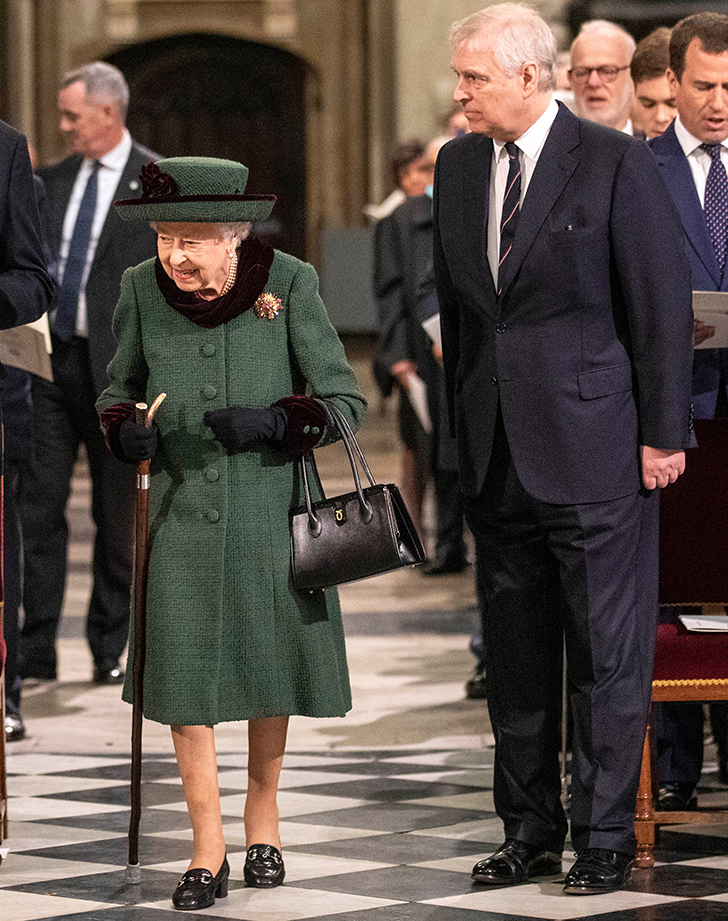 They were the images seen ‘round the world: Queen Elizabeth escorted into Westminster Abbey, not by Prince Charles or Prince William, but by Andrew, her third-born child and the one long-deemed her favorite, but who was recently stripped of his royal titles and patronages after allegations he raped a minor emerged—a case he later settled out of court.

But, according to a Royal ROTA photographer who was the single press photographer on site assigned to document the event, he was instructed by the palace not to snap a single photo of the queen until she took her seat.

An attempt to block the visual of Andrew, who is supposed to no longer have a position in the monarchy, prominently walking front and center with his mum? My co-host Roberta Fiorito and I discuss these new details in full on this week’s episode of the Royally Obsessed podcast (listen to it here!). 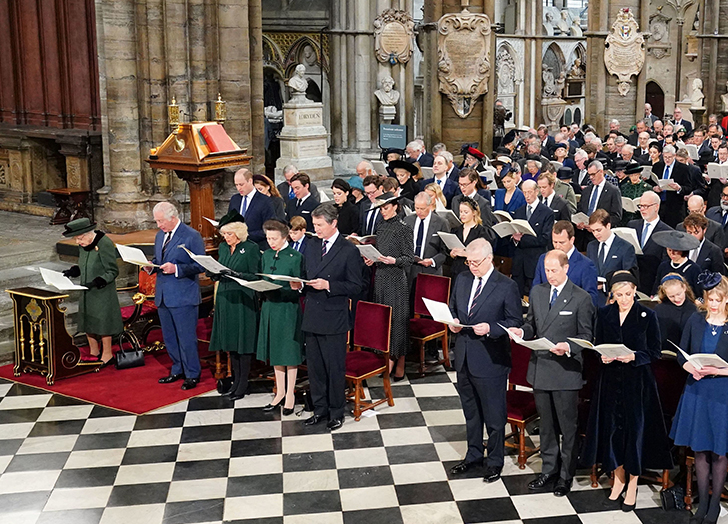 As Richard Pohle (the Royal ROTA photog) described it in a piece for The Times: “Last week in Westminster Abbey I was with two smiling and pleasant press officers from Buckingham Palace, both of whom I had worked with before. They told me I would not be able to photograph the entrance of the Queen until, basically, they said I could.”

But as the only photographer on site, it was Pohle’s only job to snap those pics. A mix of shock and diplomatic persuasion led the press officers to cave and ultimately give permission to Pohle to take photos of Queen Elizabeth’s entrance with Andrew. Still, when she entered, everyone stood and blocked his view, so he had to go rogue to get the shot. “Desperation dictated I do something quickly,” he said. “As the choir started up I jumped off my footstool and moved quickly to the aisle between the rows of seats opposite where the queen would walk.”

Apparently, it’s a cardinal sin for a press photographer to change from the official position in the presence of the queen, as Pohle explains to The Times, but he did what he had to do to get those images and deliver them to the world. Again, it was his job.

How Prince Andrew’s role continues to fade as the Platinum Jubilee approaches is anyone’s guess. But, thanks to Pohle, we got a small glimpse of some head-scratching activity going on behind the scenes.