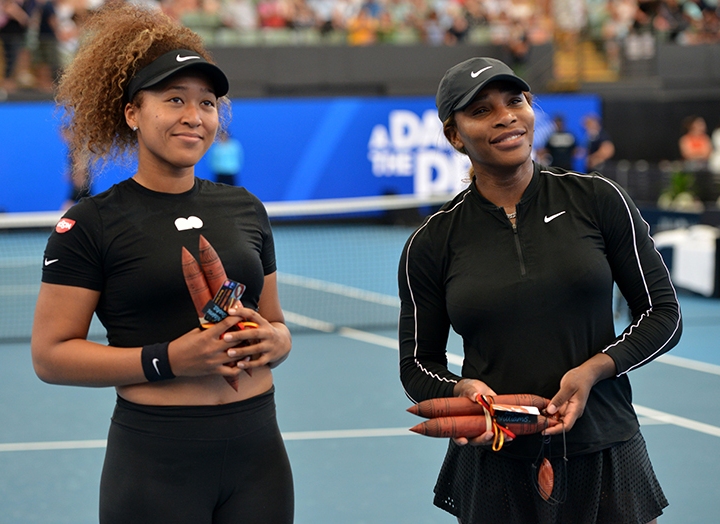 Naomi Osaka is spreading awareness about double standards in the sports industry, and we’re all ears.

Several weeks ago, the 24-year-old athlete appeared on an episode of the VS Voices podcast, where she discussed how female athletes are treated differently. Osaka referenced the 2018 US Open, where she defeated Serena Williams in a dramatic final. After the match, Williams was fined $13,100 for code violations after several arguments with the chair umpire, Carlos Ramos.

“Definitely if a male player did that, it wouldn’t have been so broadcasted,” Osaka said. “There’s actually been male players that have done far worse, like literally last year and this year, and they don’t get news reports at all.”

“So, I’m not sure if it’s because Serena is Serena, or [if] people just wanted to write negative things. I can’t say that if we were both male players the outcome would have been the same way.” She continued, “But I can say that people are very interested in Serena and whatever she does is going to get attention. And it was just unfortunate that it had to be that moment that caught a lot of people’s interest.”

Osaka is ranked the second-best female tennis player in the world. (NBD.) Last year, she made a statement on the court by wearing clothing that honored Black people who’ve been killed by the police. This past summer, she withdrew from the French Open to focus on her mental health.

At the time, Williams showed support for Osaka’s decision. “I feel for Naomi,” she said, per the Associated Press. “Not everyone is the same. I'm thick. Other people are thin. Everyone is different and everyone handles things differently. You just have to let her handle it the way she wants to and the best way she thinks she can. That's the only thing I can say: I think she is doing the best she can.”

One thing’s for sure: We’re with Naomi.

Who is Naomi Osaka’s Boyfriend, YBN Cordae? Here’s What We Know About the Tennis Champ’s Relationship