Meghan Markle and Prince Harry May Not Be in the Balcony Photo, But Will Participate in *This* Event

Royal fans were excited to hear Meghan Markle and Prince Harry would attend the queen’s Platinum Jubilee. However, that excitement ﻿was tempered by the fact that they will not participate in the palace balcony photo for Trooping the Colour. But, that doesn’t mean the married couple is excluded from all royal events entirely.

The Telegraph reported the Duke and Duchess of Sussex will participate in the service of thanksgiving at St. Paul’s Cathedral. Other members of the royal family will be in attendance.

It’s speculated the royal couple will attend other events throughout the four-day celebration, including the Derby at Epsom and the Platinum Party concert—where we’ll see big names like Ed Sheeran, the band Queen and Diana Ross dedicate a special musical tribute to the queen. 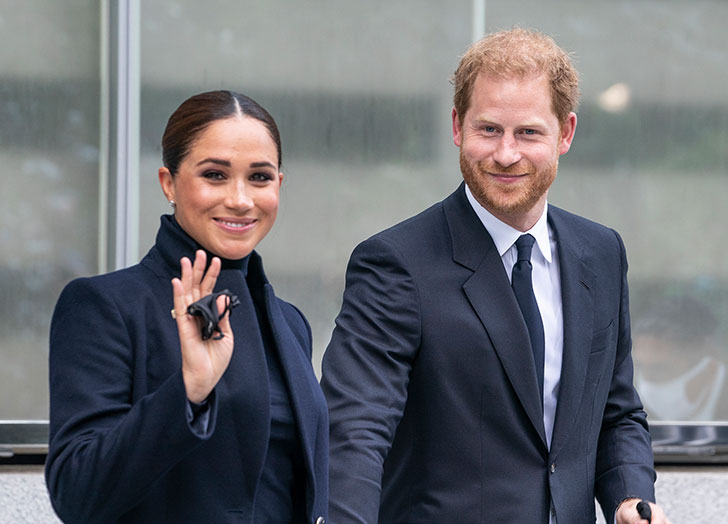 Before the news broke about Markle and Harry attending the Platinum Jubilee, Queen Elizabeth announced that only working members of the royal family will be included in the traditional ﻿balcony photo. As some may know, the couple gave up their royal titles once they parted ways with the family.

A spokesman for Buckingham Palace released a statement that read: “After careful consideration, the Queen has decided that this year’s traditional Trooping the Colour balcony appearance on Thursday 2nd of June will be limited to Her Majesty and those members of the Royal Family who are currently undertaking official public duties on behalf of the Queen.”

Markle and Harry are not the only ones excluded from the traditional photo. Prince Andrew is another ex-royal that won’t participate in the event. Only, instead of relinquishing his royal title voluntarily, it was stripped away following the civil sexual assault lawsuit issued by ​​Virginia Roberts Giuffre.

We’ll be keeping an eye out for Meghan and Harry at the event, since the queen’s Platinum Jubilee officially kicks off next Thursday, June 2.