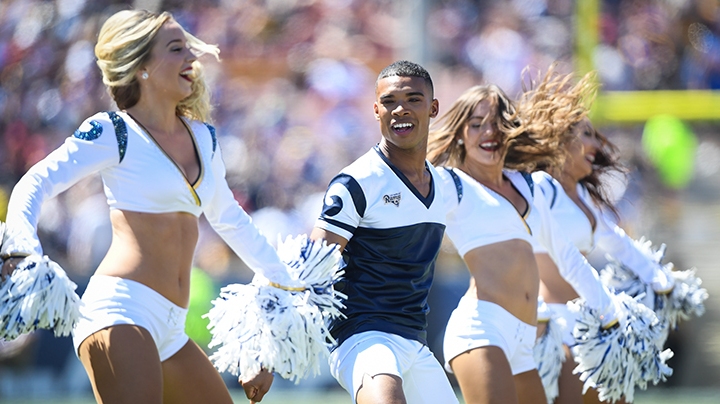 When you think of which gender is typically underrepresented in the NFL it’s…not men.

But cheerleading has typically been a ladies’ game. That is, until this year. During Sunday’s Super Bowl, two men will make history as the first male cheerleaders to perform in the league’s main event.

Quinton Peron and Napoleon Jinnies joined the Los Angeles Rams last March, becoming two of the first male cheerleaders since the league started nearly 100 years ago. (NFL teams have had stuntmen, but Peron, Jinnies and Jesse Hernandez of the New Orleans Saints are the first to dance alongside their female counterparts.)

Peron described the experience on Good Morning America as being like a fairy tale, adding that, “It’s exciting to see the tide change a little bit.”

While it doesn't really make up the league's antiquated approaches towards things like hyper-sexualized women and head injuries, we'll give them three cheers for allowing some progress.