When it comes to style inspiration, Lizzo draws inspiration from the best of the best.

Tonight, the 62nd annual Grammy Awards took place at the Staples Center in Los Angeles. The “Truth Hurts” singer, 31, arrived at the event wearing an all-white ensemble that paid tribute to Diana Ross and Cher, according to her stylist, Mark Monroe. 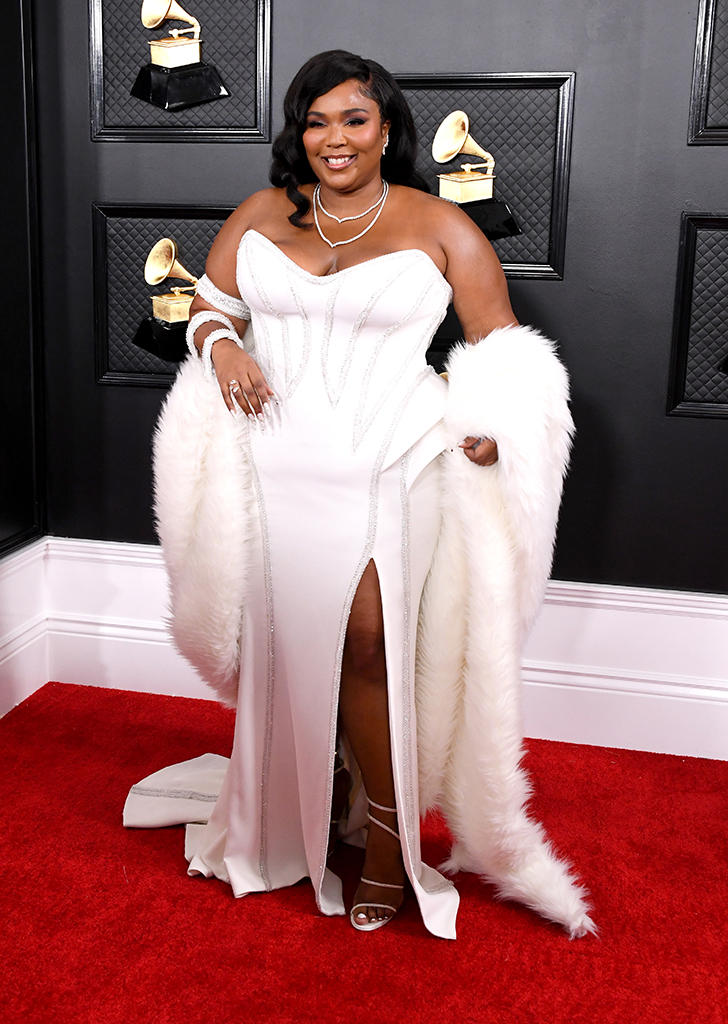 Lizzo wore a strapless white gown by Versace, which featured a sweetheart-style neckline, a thigh-high slit and silver beading. She accessorized the look with a feathery stole, white strappy heels and sparkly jewelry.

In an interview on the red carpet, Monroe discussed Lizzo’s look and confirmed that it’s inspired by the two music industry icons. While the mermaid silhouette pays homage to Cher, the fur stole honors Ross. (Natch.)

Although she’s a first-time nominee, Lizzo received eight Grammy nominations. (She even has eight different glitter designs on her nails in honor of her nods.)

All we have to say is…she looks good as hell.

The Looks That Shut Down the 2020 Grammys Red Carpet