Baby on Board! Leighton Meester Is Expecting Baby No. 2 with Husband Adam Brody 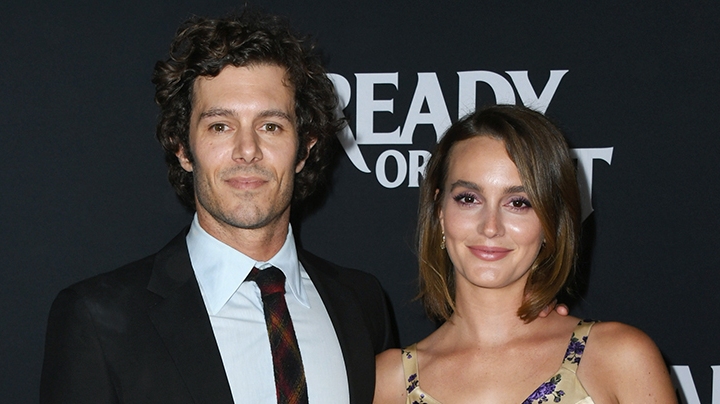 In pictures obtained by the Daily Mail, Leighton can be seen visibly pregnant during a family stroll in Los Angeles on Tuesday. According to the outlet, the actress hasn’t previously been spotted since January.

Meester and Brody tied the knot in 2014 and welcomed their daughter, Arlo Day Brody, the following year. The couple has remained notoriously tight-lipped about their family life, so we’re not shocked they have yet to publicly announce the big news.

However, the O.C. star recently spoke with GQ about finding a balance between their public and private lives. "She's more inherently private than I am," Brody said. “I don't seek publicity but if I'm sitting next to you on the subway, I'll tell you everything about me.”

In an older interview with Refinery29, Meester opened up about keeping that part of her life private. “I don’t talk about Arlo very much. I am very proud of that area of my life. But I’m also really proud of the show and the work I do. I think the perception is: You’re an ingenue or you’re an icon or you’re a mum. There’s no in-between.”

Leighton, if you’re reading this, while we totally respect your privacy, if you did want to share a photo of the new baby when he/she arrives, we would be truly grateful.

A ‘Gossip Girl’ Reboot Is Coming to HBO Max and No, We’re Not Kidding