It's television's biggest night, and Laverne Cox did not come to play.

The Orange Is the New Black star may have been reporting on the fashion live from the red carpet, but she also brought her A-game to the 2022 Emmys red carpet in a futuristic suit/dress hybrid by Jean Paul Gaultier. She paired the look with black shoes and dazzling round earrings, wearing her hair in a sleek high ponytail. 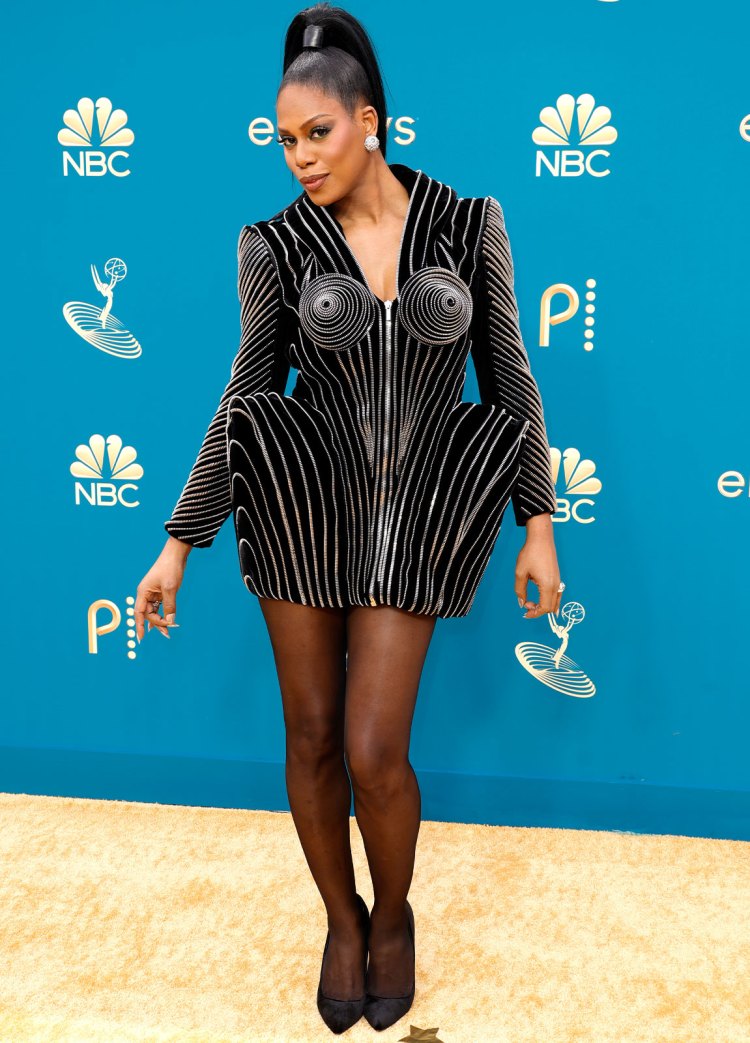 The fabulous actress has had quite a year thus far, from managing her YouTube channel and landing acting roles, like Inventing Anna and the upcoming Clean Slate, to launching her inspiring E! series, If We're Being Honest, which premiered September 5. The new show kicked off with a special Emmys edition, where the star sat down with nominees like Sheryl Lee Ralph, Melanie Lynskey and Nicole Byer. But her latest projects aren't the only things that made headlines lately.

Just two weeks ago, Cox was actually mistaken for the Beyoncé—and fans were certainly amused.

In case you missed it, the actress attended the US Open at Arthur Ashe Stadium in New York. And one user who shared footage of the camera panning to show Cox mistakenly identified her as Queen Bey, writing, “Beyoncé at the US Open.”

Naturally, Cox took the news in stride and even shared a slideshow of the best responses. She said, “Not me getting mistaken for @Beyonce at the #USOpen tonight then trending on Twitter as the internet cackles over the mistaken identity. These tweets are funny as hell. Enjoy!!!”

We imagine that Beyoncé was just as flattered by the news—but something tells us no one will be mistaking Laverne Cox for anyone else tonight.