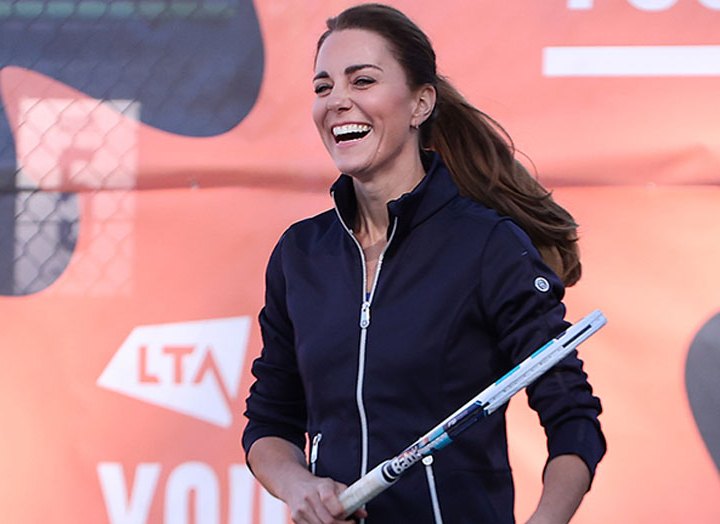 Kate Middleton is definitely in the running for winning mum of the year.

There are multiple reports that the Duchess of Cambridge was recently spotted out and about, spending some quality time with her kids. And these two sightings have given us a sneak peek of what Middleton likes to do with her downtime.

According to Daily Mail, the mother of three was seen getting ice cream with Prince George and Princess Charlotte in London. It's reported she picked a spot at a local park, where the trio enjoyed the sunny day. And if you're wondering what their flavor of choice was, the site also reports they opted for Mr. Whippy cones (a vanilla ice cream delicacy in the U.K.). Ah, a royal treat indeed...literally.

But the fun doesn't stop there: Hello! reveals that Middleton and Prince George were seen playing a nice tennis game together at the Hurlingham Club. This exclusive sports club is a frequent stop for Middleton. While the Duchess was spotted with a signature 'fit (aka a white tennis skirt and navy blue fleece), there are no more details on how the sweet moment played out. However, we do have our fingers crossed that the 8-year-old won the game (since sources believe that both Prince George and Princess Charlotte have regular tennis lessons at the sports club).

Now, it's not ﻿super﻿ rare to see Middleton out and about with her kiddos. Recently, the royal family shared Prince Louis's birthday portraits from the beach and attended the annual church service for Easter. It's just nice to hear that the Duchess enjoys sharing her interests with the kids. We know all too well that she's a big tennis buff, seeing as she frequents Wimbledon, can play the sport in heels and even played with tennis star Emma Raducanu at one point.

While we wait patiently for ﻿photos of the outings, we'll also keep an eye out for more off-duty sightings.