It’s proper decorum to bow or curtsy when meeting a member of the royal family. But one little girl went above and beyond when greeting Kate Middleton at last week’s King’s Cup Regatta.

It all started when the 37-year-old Duchess of Cambridge, who was set to face off against her husband as a skipper on a competing boat, walked past a young royal well-wisher. The little girl handed the duchess a bouquet of flowers and lowered her head and body in a dramatic bow. It’s truly impressive. 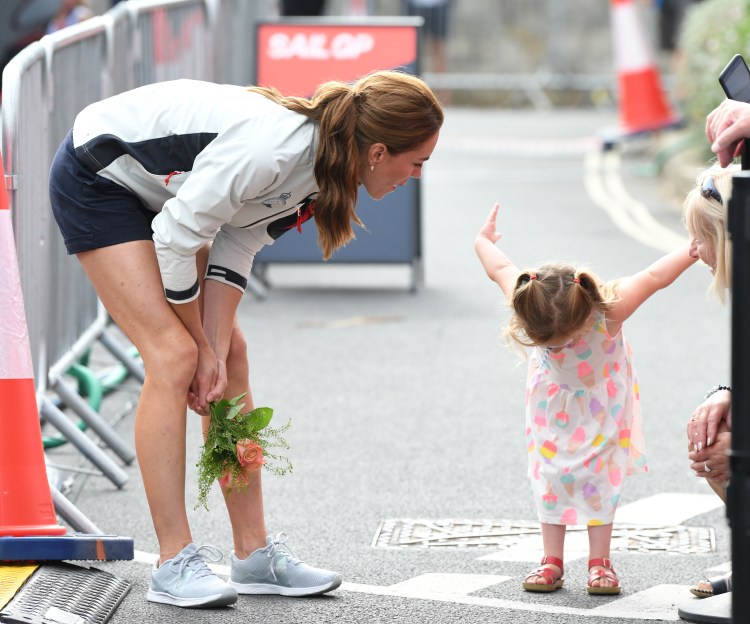 Middleton was obviously charmed by the little girl’s deep commitment to royal protocol. She squatted down (her go-to parenting technique strikes again!) and smiled at the little girl, who appeared to have unicorn face paint on. Princess Charlotte (4), who is also a huge fan of unicorns, was in attendance at the regatta as well. Sadly, she didn’t get to meet the little girl and compliment her snazzy look. 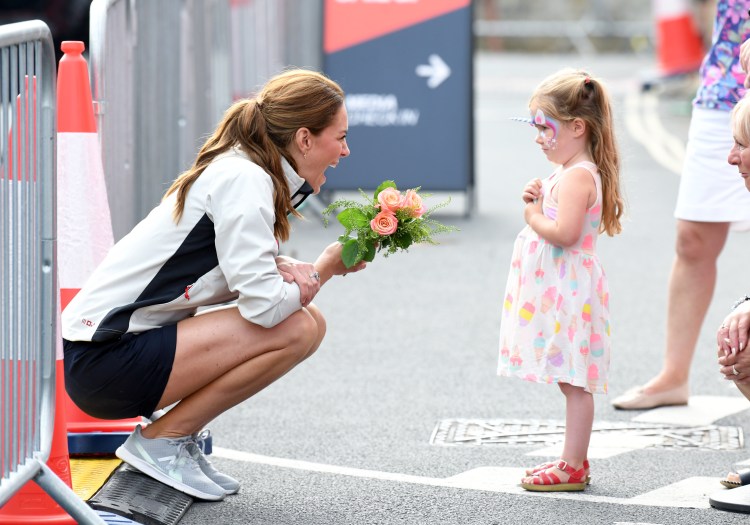 But Middleton wasn’t the only royal who enjoyed herself at the King’s Cup Regatta. Prince William was victorious against his wife and her team in the competition, as she was disqualified for a false start. As such, she was awarded a large wooden spoon, which is historically given to the captain whose team finishes last. Whoops!

All in all, it was a fun day in the sun for the royals and their fans…except, maybe, for the Duchess of Cambridge’s sailing team.

Kate Middleton Is Having a Style Renaissance and We Have Proof