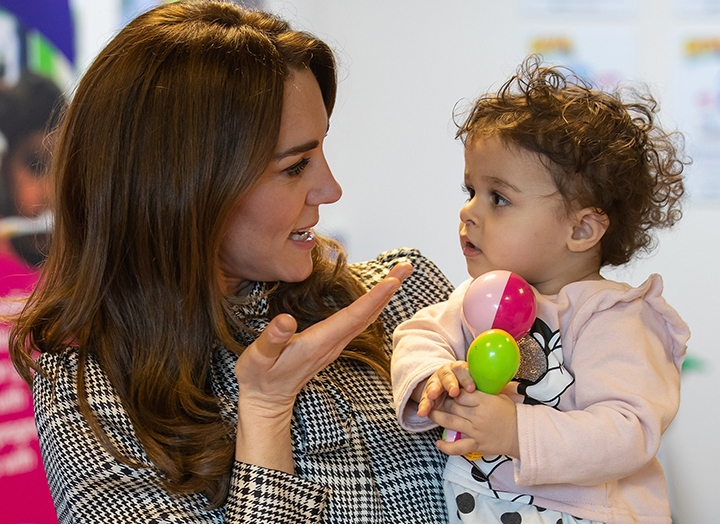 It feels like royal news has been on overdrive these past couple of weeks, but just when we thought it was slowing down, Kate Middleton gave the world a scoop of her own: No, she and Prince William don’t have any plans to try for baby #4.

This week, during a visit to Yorkshire to meet with community groups at the Khidmat Centre in Bradford, Middleton revealed that the odds of expanding her royal clan (which already includes Prince George, 6, Princess Charlotte, 4, and Prince Louis, 1) are slim.

“I don’t think William wants any more,” she explained to royal well-wisher Josh Macplace according to a ﻿People report.

Le sigh. We get it, but we also have to admit that the Duchess of Cambridge sort of got our hopes up when she admitted she was feeling a bit “broody” after meeting an adorable five-month-old baby boy during her royal tour of Northern Ireland with Prince William last year.

It’s fine. She and William have already brought the ever-adorable George, Char and Lou into the world. Still, if you need us, we’ll be busy reminiscing about the thrill of those Lindo Wing announcements. (#TBT to when George accompanied William to meet Charlotte.)