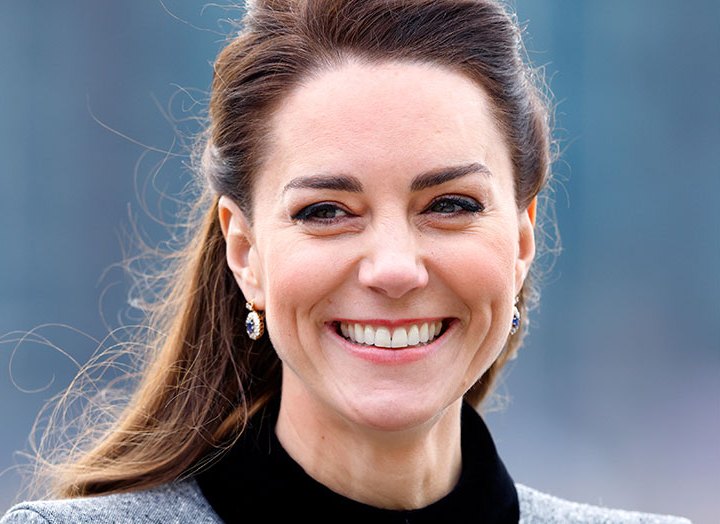 Kate Middleton is cozying up to some special pals for a rare and surprising TV appearance.﻿

Kensington Palace just announced that the Duchess of Cambridge will appear on a segment of the popular British children’s show, CBeebies Bedtime Stories. The program is famously known to feature celebrities reading bedtime stories to children each week.

What better way to mark #ChildrensMentalHealthWeek than with a CBeebies Bedtime Story.

Tune in 6.50pm, Sunday 13 February on CBeebies and CBBC to hear The Owl Who Was Afraid of the Dark by Jill Tomlinson. 📖🦉 pic.twitter.com/TctBLD4rXQ

— The Duke and Duchess of Cambridge (@KensingtonRoyal) February 8, 2022

Middleton’s episode will air this coming Sunday, February 13, in accordance with Children’s Mental Health Week (which started on February 7). In the snapshot﻿ shared by the palace, the duchess is sitting on a blanket while wearing a white, knitted turtleneck sweater with a pair of blue, denim jeans. She is﻿, of course, surrounded by stuffed owl toys in a nature-like setting.

For the bedtime story, she has chosen to read The Owl Who Was Afraid of the Dark, written by Jill Tomlinson. The narrative follows a baby barn owl named Plop, who is afraid of the dark. With the help of others, he develops the courage to overcome his fear.

Per People, Patricia Hidalgo, Director of BBC Children's and Education, released a statement that raved about Middleton’s appearance on the program.

“I couldn't be more proud to have The Duchess read a CBeebies Bedtime Story as we mark the 20th anniversary of our CBeebies and CBBC channels,” the statement read. “It's such a special and relevant tale and perfectly represents this years' Children's Mental Health Week theme. I can't wait to see her deliver her own take on such a classic story and I'm sure our audience can't either.”

The duchess has always been an advocate for children’s mental health. She is a patron of the children's mental health charity, Place2Be. Also, she announced the creation of The Royal Foundation Center for Early Childhood earlier this year, which she helped form with her husband Prince William.

Who wouldn't want a bedtime story from a duchess?﻿