Halle Berry may have dozens of groundbreaking roles under her belt, but she isn't finished just yet.

In a recent interview with Variety, the Bruised director revealed that she wants to collaborate with Euphoria star Zendaya in the future, and it looks like fans are totally on board with the idea. She told the outlet, “I have a plan. I would love to play her mother. I have an idea because I think she’s the future.”

The comment comes as no surprise, given how vocal Berry has been about Zendaya's accomplishments and impact. But it certainly didn't stop fans on Twitter from having a little fun with potential storylines. 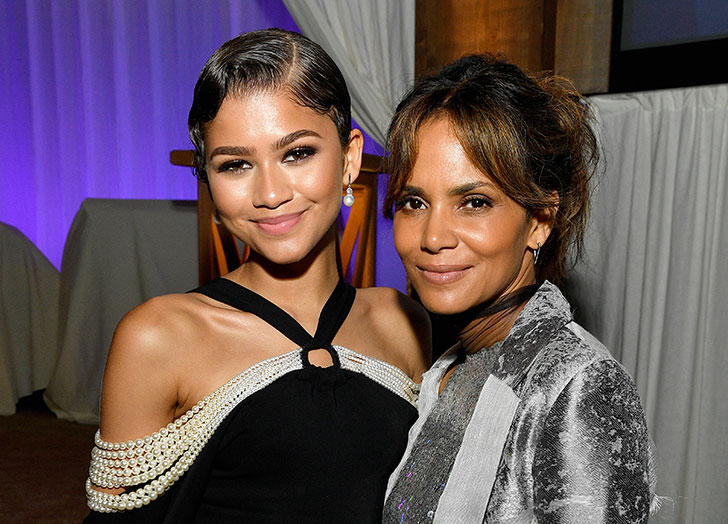 One fan immediately suggested Losing Zendaya, referring to Berry's 1995 drama, Losing Isaiah, which follows a drug-addicted single mom. And in response, the Twitter community got creative with their "pitches." One fan tweeted, "Plot: Z's character is a drug addicted teen. Gets caught up in the wrong crowd. Gets kidnapped. Her mom (Halle Berry) has to rescue her."

Another fan wrote, "I GOT IT. The sequel I REALLY NEEEED. Okay so after Kill Bill. Black Mamba kills Copperhead and the child is left behind in the kitchen. Black Mamba tells her 'If you ever want your revenge, I understand.' Cut to now. Child was adopted, training for years [and] plotting her revenge."

While they're certainly intriguing, the ideas rendered Berry speechless on the social platform. After spotting the original tweet, she reposted it to her own page and simply responded with, "I..."

To be fair, she didn't exactly say "no." Perhaps this means Berry and Zendaya will team up for an intense Losing Isaiah sequel? *Crosses fingers.*