If there's one thing we've learned this past year, it's that black is definitely Halle Berry's color.

Need proof? Consider her stunning black velvet suit from the red carpet premiere for Bruised, or maybe you'll recall her show-stopping black Etro dress at the Academy Museum of Motion Pictures Opening Gala. But even if you've missed these looks, you'll be impressed with Berry's latest flirty ensemble on Instagram, featuring an edgy, high-neck cut out top.

The 55-year-old actress simply captioned the post, "Sunday serve…" In the comments, one fan wrote, "We’re here for it." Another joked, "Unlimited servings of @halleberry still isn’t enough."

In the pic, the Catwoman star appears to be wearing Valentino's Stretched Viscose Top, which is now available on the brand's official website for $1,540. The long-sleeve design includes a mesh effect and it's also offered in white. 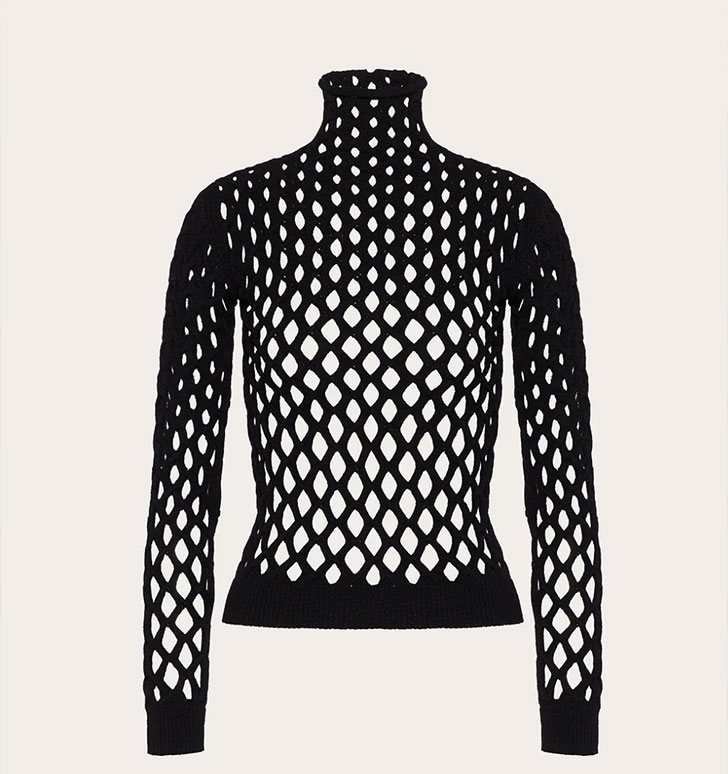 Under the pic of the top, let's add the following graf: Not ready to bare ﻿quite ﻿as much flesh (or, um, spend a small fortune on a single top)? This look-a-like version from ﻿Free People covers your torso while achieving a similar effect on the arms... and it’ll only set you back $78.

Berry recently opened up about her directorial debut, Bruised, where she stars as MMA fighter Jackie Justice, and revealed why she was drawn to this particular character. She told ScreenRant, "I love a good boxing story, a good fight story—underdogs [and] that feeling of people finding redemption—that always makes me feel good and I relate to it. But Jackie Justice, I loved the fracturedness of all of these characters. They were all broken and all struggling to survive and sort of put their pieces back together and be the best versions of themselves. I love deep, broken characters. I think they're very human and I think most people can relate to these characters."

She continued, "We've all been fighting for something, and we win, we lose, we make mistakes. We all are looking for forgiveness at some point at some time."

A wealth of wisdom and a killer sense of style? Show us your ways, Halle.