Will ‘Get Organized with The Home Edit’ Return for Season 2? Clea & Joanna Weigh in 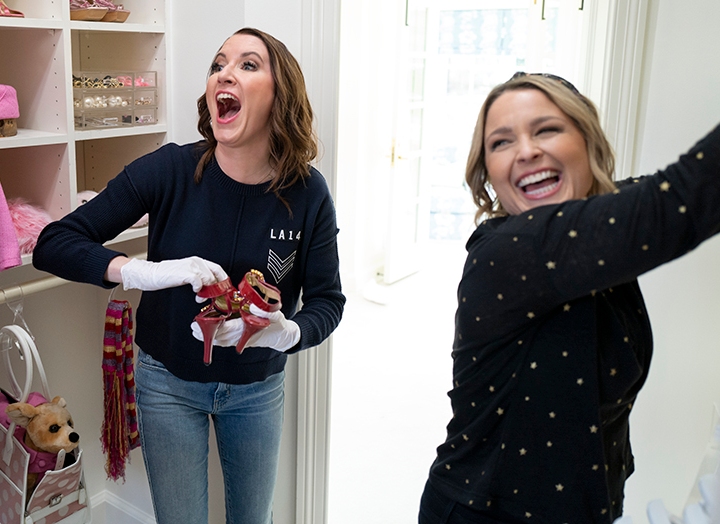 If you’ve already binge-watched all eight episodes of Get Organized with The Home Edit and—as a result—pulled every single piece of clothing out of your closet, you’re not alone. But (good news!), Clea Shearer and Joanna Teplin just shared details about whether the Netflix series will return for season two.

PureWow recently sat down for an exclusive interview with the founders of The Home Edit, who are currently promoting their all-new partnership with home security company SimpliSafe. While discussing the show’s popularity, Joanna revealed that Get Organized with The Home Edit will likely get a season two renewal on Netflix.

“We don’t have any details or information at this point at all, but yes,” she told PureWow.

Unfortunately, the streaming service hasn’t announced any official details about Get Organized season two. However, Clea and Joanna are extremely hopeful about the show’s future due to its widespread popularity.

“We didn’t know when we were making it that people would necessarily need it as much as they do right now,” Clea said. “But we’ve always felt like it was critically important, so I’m glad that we can have that.”

Joanna continued, “One of the most exciting things is that people are so inspired to clean up their homes and organize them. I mean, that is truly what we want for people—to enjoy the process as much as we do well.”

If you’re wondering why shows about organization—like Get Organized and Tidying up with Marie Kondo—have become so popular, we’ll leave you with Clea’s explanation: “It’s a pretty simple lift for people. It’s not like demoing walls—it’s something you can actually achieve and do. Having that sense of calm and order in your home is so critical.”

Guess we better get back to our closet, which is currently sorted into piles on the bedroom floor. Oh, Clea and Joanna!

After Watching ‘Get Organized with The Home Edit,’ I Spent $250 at the Container Store (and This Is What I Bought)