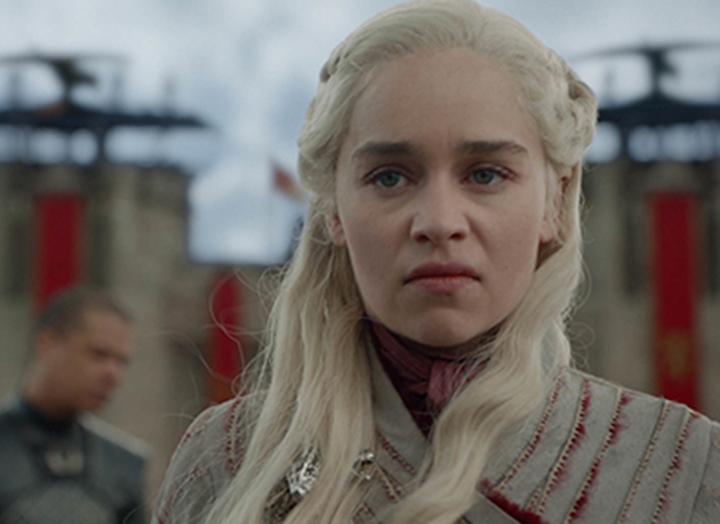 .@HBO announces series order for HOUSE OF THE DRAGON, a @GameofThrones prequel series co-created by Ryan Condal and @GRRMspeaking, with Ryan Condal and Miguel Sapochnik to partner as showrunners: https://t.co/ccpvVRqmux pic.twitter.com/CPolhMfWiI

It’s been over a year since we learned that the Naomi Watts Game of Thrones prequel got the ax, and a second prequel got the green light. And now, we finally know who will star in the upcoming series, titled House of the Dragon.

Cooke will play Alicent Hightower, the daughter of Otto Hightower (AKA the Hand of the King). Matt Smith will portray Prince Daemon Targaryen, an heir to the throne behind his older brother, King Viserys. Emma D’Arcy will star as Princess Rhaenyra Targaryen, a dragonrider who is pure Valyrian blood.

We first learned of the second prequel back in September (and got a sneak peek at the first poster for the series), when George R. R. Martin dropped major deets. The GoT mastermind confirmed there will be dragons (which totally makes sense given the name) in the new series, which will take place 300 years before Kit Harington and Emilia Clarke’s story.

“The Game of Thrones universe is so rich with stories,” HBO programming president Casey Bloys said in a statement. “We look forward to exploring the origins of House Targaryen and the earlier days of Westeros along with Miguel, Ryan and George.”

Martin also confirmed this prequel is based on his Targaryen history book, Fire & Blood: 300 Years Before a Game of Thrones, that was released last November.

According to Deadline, GoT veteran Miguel Sapochnik and Condal are partnering as showrunners and are also serving as executive producers along with GoT co-executive producer Martin and Bloys.