As you may have heard, Ryan Reynolds recently teamed up with Peloton for a buzzy new ad in response to the Sex and the City spin-off, And Just Like That. And naturally, Blake Lively couldn't pass up this golden opportunity to playfully troll her husband.

Following the release of Peleton's ad, which features Reynolds as a narrator, the Gossip Girl alum teased Reynolds with a series of IG Story posts. In the first, she shared a screenshot of the commercial and included a very flirty comment. She wrote, "My uterus is exploding :)." She also added a clever reference to Chris Noth's character, Big, by writing, "@vancityreynolds may you always dream big." 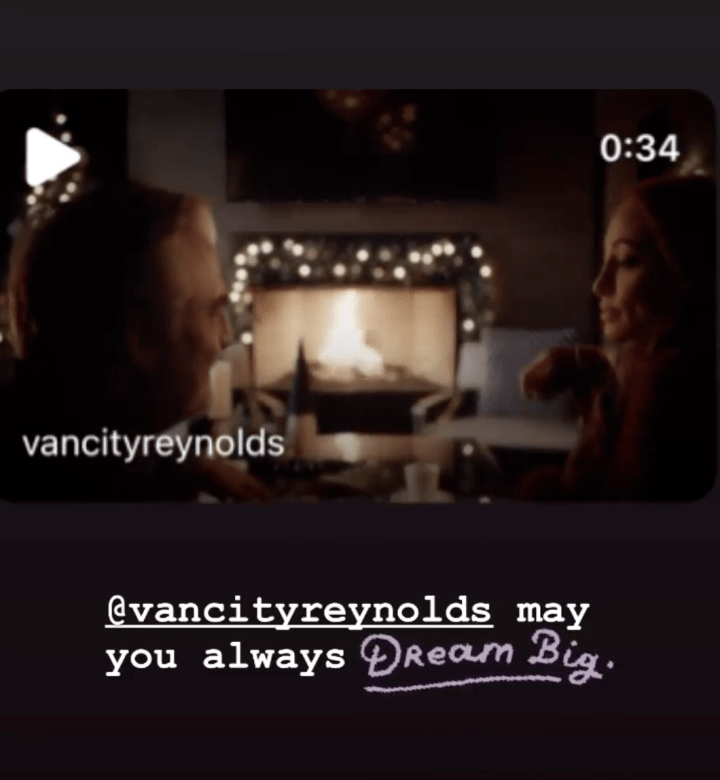 Lively marked the occasion with cupcakes from Carrie Bradshaw's favorite spot, Magnolia Bakery, and documented the sweet gesture in her IG Stories. The treats came with a personal note that read, "To my mister, who always goes BIG or goes home. I love you so much. But not as much as Peloton loves you." To top it off, the actress signed her name as Serena Bradshaw—a clear nod to Carrie and her own character from the original Gossip Girl series, Serena van der Woodsen. 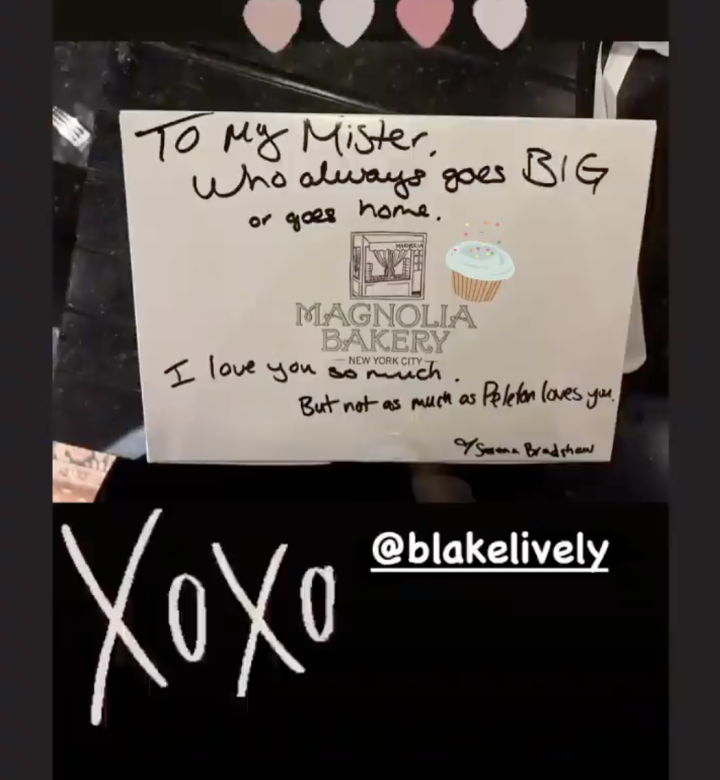 Lively then shared a selfie with her smiling husband as she held up the note and wrote, "Yes the cupcakes were harmed in the making of this photo. Luckily, my husband can revive anything." 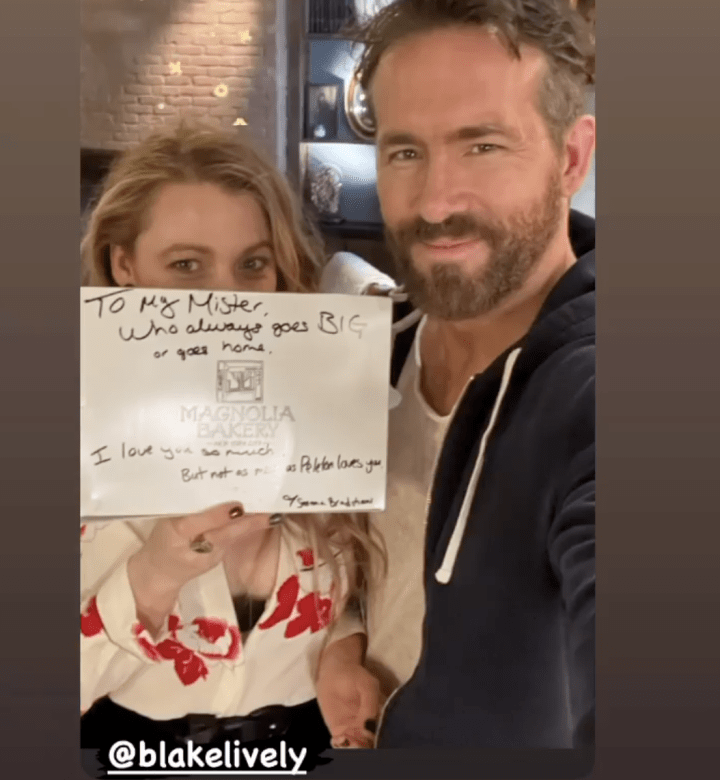 In case you missed it, Peloton released a 30-second ad in response to a major twist that happened in season one of And Just Like That. (If you've already seen it, then you might want to check out the first episode of And Just Like That...a Sex and the City Reboot Podcast, where co-hosts Phil Mutz and Dara Katz discuss the episode at length.)

In the ad, Noth and Jess King reprise their roles as Big and his fitness instructor, Allegra, and it appears that the two are having a romantic getaway. After Big suggests that they go for "another ride" on their Peloton bikes, Reynolds says, "And just like that, the world is reminded that regular cycling stimulates and improves your heart, lungs and circulation, reducing your risk of cardiovascular diseases. Cycling strengthens your heart muscles, resting pulse and reduces blood-fat levels."

Yep, we're totally sold. And we're sure the same goes for Blake.

PUREWOW HAS A NEW SEX AND THE CITY REBOOT PODCAST, AND YOU NEED TO LISTEN