And Just Like That, Bette Midler Saves the Oscars 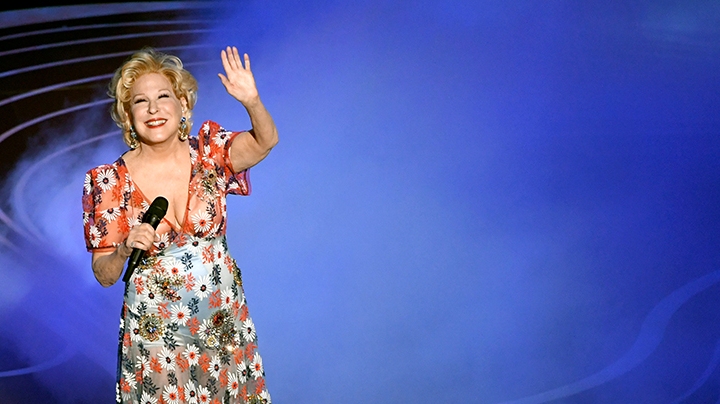 With such a strong opening from Maya, Tina and Amy, we were optimistic about this whole “no Oscars host” thing. And then… Nothing. Was. Happening. And just as our eyes started to glaze over… as we reached for that remote… Bette Midler swooped in to save the whole damn show.

Performing “The Place Where Lost Things Go” from Mary Poppins Returns, the 73-year-old (really) singer provided a breath of fresh air as the ceremony was starting to get, let’s be honest, a bit stale.

The piece itself is nominated in the Best Original Song category and was originally performed by Emily Blunt in the film. Midler gave the song her own touch, all while looking fabulous in a sheer, floral-embellished gown. (And FYI, Midler herself isn’t lacking in awards, with three Grammys, three Emmys and a Tony to her name.)

Leave it to Bette to give 110 percent when the Academy couldn’t even give us a host. At least we’re all awake again.