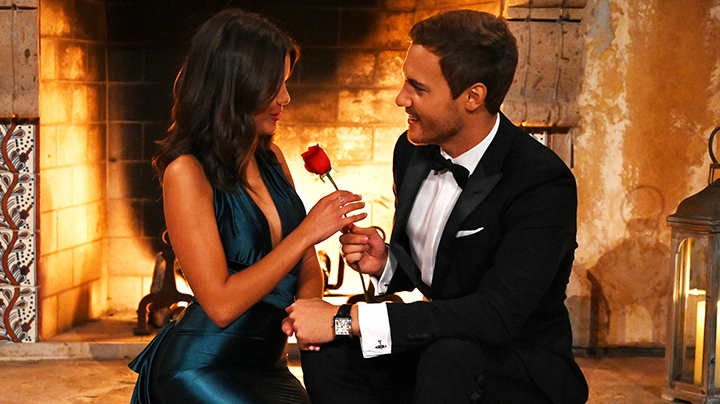 Ben Higgins has some advice for the greedy contestants on Peter Weber’s season of The Bachelor: be nice.

Higgins, a former Bachelor, 30, recently sat down for an exclusive interview with PureWow, where he discussed the drama that occurred during the season 24 premiere. While recalling his own experience on the popular dating series, Higgins encouraged the women to put the cattiness aside…for the time being.

“As a contestant, you should try to make as many friends as possible,” he exclusively told PureWow. “You don’t have to fake it to make friends, but just try to be kind and considerate because you spend a lot of time with women. To have everyone hate you or be jealous of you, it isn’t fun.”

Higgins—who is currently promoting his partnership with Capital One—also discussed Hannah Ann, who scored the First Impression Rose. However, she managed to stir up some drama in the mansion when she stole Weber not once, not twice, but three times during The Bachelor premiere. (ICYMI: Some contestants barely spoke to him at all.)

The Bachelor Live on Stage co-host went on to explain why it could hurt Hannah Ann’s future on the show, adding, “I would want someone who is intentional with communicating their feelings but also know when to step away and when other people need time. This is a journey. As the lead, you have to navigate it. You hope that the women—especially the women that care about you the most—navigate it the easiest.”