Selling your home is no easy feat, but one Canadian woman might have just found a way to make the process a whole lot more fun. Instead of putting her $1.7 million dream house on the market, Alla Wagner is giving it away for $25 and a well-written 350-word essay. We repeat: There is currently a beautiful lakefront mansion worth $1.7 million in Alberta, Canada, that you could own for just $25 and a one-page essay. 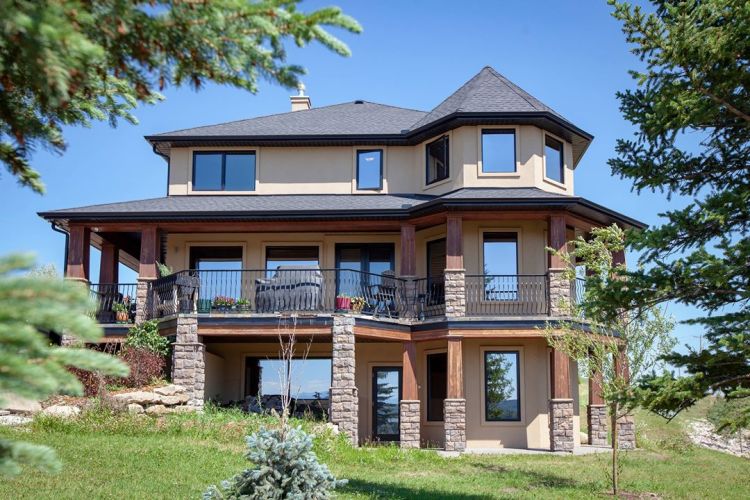 It all began in 2015. Wagner had been living in her magnificent dream home for sometime when she hurt her back and realized she would no longer be able to care for the large house herself. So she decided to put it on the market in 2018 with little success. A few inspired brainstorming sessions later (and an article describing a similar contest for an inn in Maine) and Wagner had an idea: Rather than sell her mansion, she’d hold a contest and give it away to someone who truly deserved it. And here we are.

The three-bedroom home has 5,000 square feet of living space, a wine cellar, a full library, detailed woodwork throughout and a massive chef’s kitchen. And if those stats don’t convince you, perhaps Wagner’s description of the views might do the trick.

“…waking up in the mornings my first sights are spectacular views from my bedroom windows—whether bright sunny days, clouds rolling across the sky, or a mysterious fog rising from the pond. I love watching flocks of geese and ducks traveling to and from the pond, seeing the open skies, starry nights, wildlife, and views of the snow-packed mountains. No matter which window in the house I look out of, the view is beautiful. This area and our home is a writer’s or artist’s paradise!” she told Travel + Leisure.

In order to enter to win the home, contestants must prepare a 350-word essay (roughly one page typed) answering the question, "Why would moving to this lakefront dream home change your life?” and pay a $25 entry fee, after which a panel of judges will review the essays and choose a winner.

However there is one catch. The contest will only yield a winner if the sum of the entry fees reaches $1.7 million, the original listing price of the house. This means that 68,000 people must enter the contest before a winner can be announced, but considering the population of Alberta alone is 4.286 million (with 36.71 million people living in Canada as a whole) we don't think Wagner should be too worried about not hitting her mark. At the very least, there are roughly 16 people in the PureWow offices who are very interested in this real estate steal.

Want to Buy an Island Full of Penguins? Just Name Your Price