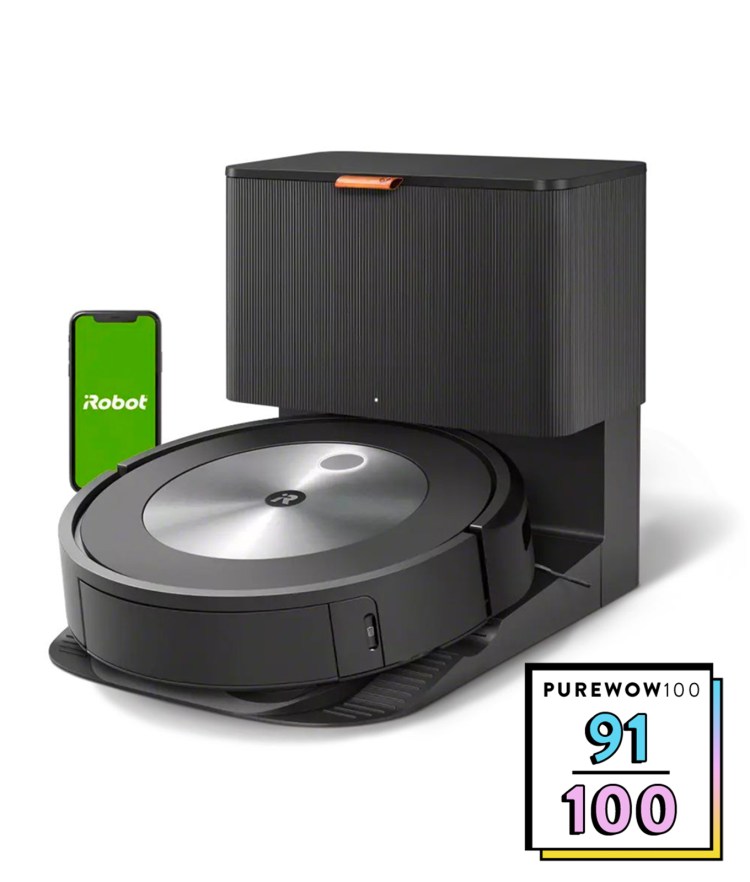 I’ll never forget when I walked into my friend Dylan’s house in tenth grade and became instantly mesmerized by the mini robot cleaning his floors. “What is this, Smart House?” I asked him. He said, “No. Better. It’s called a Roomba.” And thus, my obsession with robot vacuums began. They can suction dirt from hard-to-reach areas (aka those dust bunnies that have formed under your sofa) and avoid obstacles, including walls, furniture and stairs—all without you ever lifting a finger. So, when I was so kindly offered to test the Roomba j7+ for myself, you can imagine how quickly I responded with my mailing address.

I mean, let’s talk about what this thing can do. Aside from its three-stage cleaning system—which features power-lifting suction, an edge-sweeping brush and patented dual multi-surface brushes (more on this below)—it has smart-mapping technology that allows you to schedule cleaning sessions in advance and control which rooms are cleaned. On top of that, it includes for customizable “keep-out zones” and “clean zones,” which allow you to target exactly where you want the robot to clean. Oh, and did I mention that it works with Alexa voice control? It’s basically a lazy person’s dream.

So, how does this thing work? Well, I’ve nicknamed mine “Herbert,” and he’s basically the closest thing I have to a pet (but smarter). I start by turning the robot on via the iRobot app—and since it already has the layout of my apartment mapped—I select where I want it to go (since one of my roommates prefers that it stays out of her room). For the most part, the robot is pretty good at following directions. Although, there have been a few times when my roommate's yelled “SYDNEY!!” after it somehow made its way through the door. My suggestion is to keep the doors closed for rooms you don’t want it to clean (which might be a major con for some).

Occasional smart-mapping faux pas aside, I’d say this thing’s cleaning capabilities are well worth the investment. You can see the edge-sweeping brush working away at wall moldings and corners while the multi-surface rubber brushes adjust to different floor types (including both hardwood and carpeted). What’s more, not only does it do a thorough job of cleaning floors, but it can detect when dirt remains and returns to the spot to finish the job. Plus, it really does have impeccable obstacle avoidance, where I rarely find it bumping into walls and doorways. I love how the robot strategically plans its clean to hit hard-to-reach places (like under the fridge or next to the trash can).

I have to warn you: This thing is LOUD. The first time I powered it up at 6 a.m., I nearly gave another one of my roommates a heart attack. And while I appreciate its noise (because I know it means I’m getting a deep clean), I can’t say that the people you live with will feel the same way. Not to mention that the self-emptying function is about as loud as a jackhammer—even though it only takes a few seconds for the robot to empty.

It’s also worth mentioning that its 13-inch by 13-inch base is far from compact, and if you live in a tiny apartment like me, you’ll want to pre-plan where you can fit this guy (because that ended up being an unforeseen struggle). 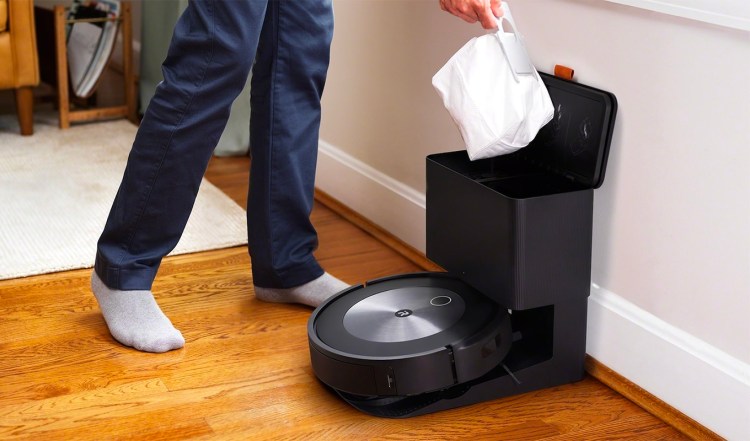 All in all, I would say this Roomba is well worth its $800 price tag. It delivers on all cleaning fronts, from suctioning to floor-adjusting, and its smart-mapping technology is extremely effective (albeit, 80 percent of the time). I also appreciate that it comes with extra replacement parts for the dustbin and sweeping brush, along with removable features on the rubber brushes that make it super easy to clean.

Feel like giving the J7+ a try? It’s currently 25 percent off on Amazon.

Early Black Friday 2022: The Best Sales to Shop So Far