Let'’s be Real: Pantone’s Color of the Year Is Just 2022’s Version of Millennial Pink

It’s official: Pantone has revealed Very Peri—a periwinkle blue with violet-red undertones—as its 2022 Color of the Year. The new shade has been described as the “happiest and warmest of all the blue hues” and “an empowering mix of newness,” according to an official press release. Yet we’re still left wondering: Isn’t this just the pandemic's answer to millennial pink? 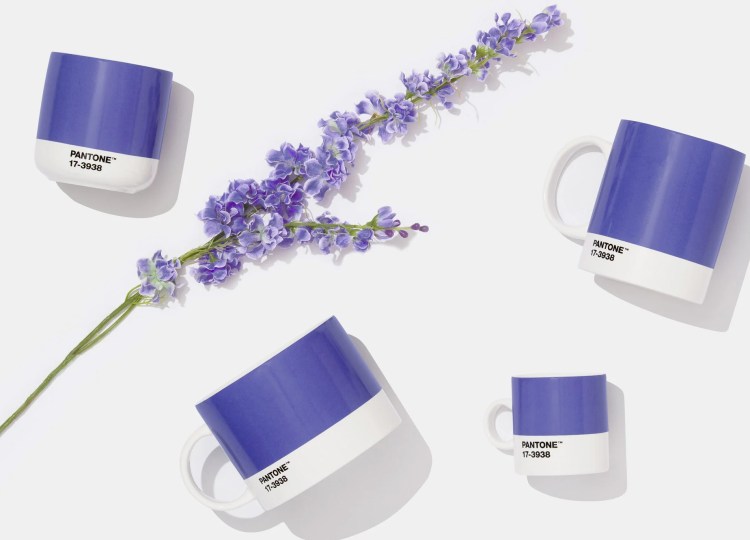 For those who don’t know, millennial pink (AKA Pantone's 2016 Color of the Year, Rose Quartz) is the ubiquitous shade of calming, pale pink that has dominated feeds for the past few years. When it debuted in 2016, the tone was described as a “more unilateral approach” to a color that coincides with “societal movements toward gender equality and fluidity,” according to Pantone. Sounds lovely, doesn’t it? It was, but after a few years, its ubiquity became tiring, and we craved something a little less saccharine. That, and a general desire to connect with the outdoors led to the rise of warm, earthy neutrals over the past year. Now, we’re left with a pink velvet sofa sitting in our basements—all dressed up with nowhere to go.

So, what does this have to do with Pantone’s Very Peri? Well, it sort of begs the question of how much color is too much color? Don’t get us wrong; there’s nothing we love more than a fun, colorful accent piece. But painting our kitchen periwinkle blue is an entirely different story. Not only would the shade significantly decrease our home’s ROI, but we’d also have to commit to seeing its “joyous attitude” and “dynamic presence,” day in and day out.

To that end, it seems like COVID-19 has given a new meaning to color—specifically in our homes. Sure, we’d still like to surround ourselves with happy, mood-boosting hues. But we’re also looking for a sense of tranquility, renewal and balance underneath all of that optimism. And, after seeing the green paint trend for 2022, we have to admit: We’d much rather commit to a sage green living room (than a vivacious periwinkle). It strikes the same optimistic, bright tone, only it’s far more livable—especially if it’s covering all four walls surrounding you. Furthermore, there’s something to be said about the meteoric rise—and fall—of millennial pink; do we really expect Pantone’s Peri to stay in our homes for the long haul? This shade may be best left to small, easily-swapped-out accent pieces, like throw pillows and blankets—or as inspo for your next manicure.

This Is 2021’s Answer to Millennial Pink