“Is My House Haunted?” 5 Signs You’ve Got Company, According to a Paranormal Investigator

That creaking noise you can’t blame on your radiator. The lights that keep turning on, on their own accord. That apparition who stares, dead-eyed, back at you from the mirror as you brush your teeth in the morning. Some of your home’s quirks can be easily, rationally explained (like the realization that the ghostly doppelganger is just your just-woke-up reflection…rude); some can cause you to wonder, uh, is my house haunted?

Before you roll your eyes at the suggestion, 83 percent of people say they’ve experienced paranormal activity in their home. Roughly three-quarters say it happened in their current abode, meaning they’re actively dealing with it. So, for anyone out there who’s starting to question whether Casper has started sleeping on their Casper, we turned to paranormal investigator and Kindred Spirits host/co-executive producer Adam Berry to uncover the top signs you may have company—and what to do about it. 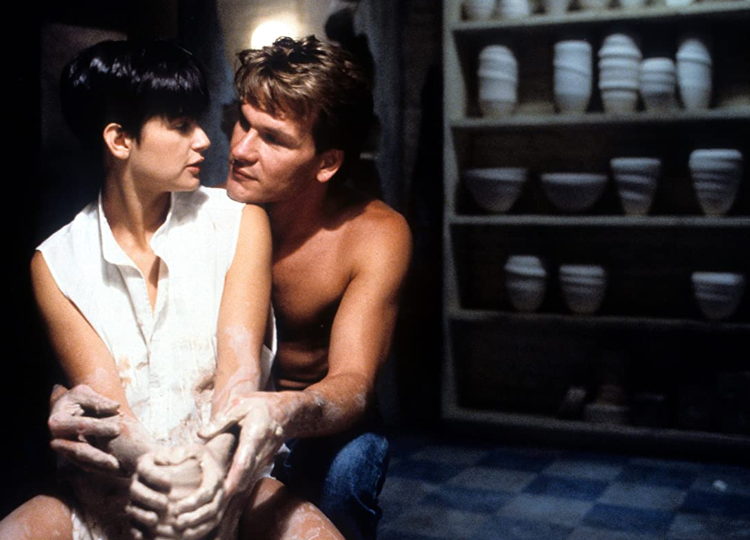 1. You Find Dimes in Odd Places

In five seasons of investigating homes on Kindred Spirits, one theme came up again and again: People finding dimes (specifically, dimes) in strange places, often bearing a year that was significant to whoever found it. So why dimes? “I don’t know,” Berry says. “If a ghost’s going to leave money, can you leave hundreds?” Some say it’s because the number 10 is a holy number, or that it represents a sense of unity or completion of a task.

“Spirit can inspire coins to appear in random and unusual places as a way to get our attention—often as a message of prosperity or to encourage you to value your worth,” Rebecca Rosen, author of What the Dead Have Taught Me About Living Well, told Oprah.com. “So, when you find coins, pay attention to patterns that consistently reappear.” Maybe it’s a loved one checking in; maybe it’s a sign you need to fix that hole in your pocket.

“Bumps and creaks could be paranormal, but I love for people to look at the rational side first: Do you have squirrels in your attic? How old is your HVAC system?” Berry asks. Sometimes, electric fireplaces can cause crackling sounds that new homeowners aren’t used to, which spooks them out unnecessarily.

If you’ve run through every possible solution and can’t explain where those banging noises or sounds of footsteps or chatter are coming from, it’s worth exploring further. “A person told me they had a windchime hanging up where there’s no breeze, and sometimes it would bang really loudly,” Berry says. The person realized it only banged on specific days—an anniversary, a birthday—leading the homeowner to believe it was a little note to say, “hey, I’m thinking of you,” from a relative who’d passed away.

If items you normally keep close eyes on—say, your wallet or keys—suddenly go missing all the time, you could be stressed and absentmindedly misplacing them. But if you put something down, step away, and immediately come back to find it gone (or moved), you may be dealing with a ghost, according to Berry.

You’re walking through the room, and all of the sudden, a wave of cool air hits you. Yet you’re nowhere near a fan, drafty window or A/C vent. People often attribute inexplicable temperature changes to paranormal activity (a recent study found that 7 percent of people who felt their homes had been haunted experienced this). It’s less common than people who say they’ve seen their doors open and close (31 percent), witnessed orbs of light (14 percent) or seen objects in their home levitate (10 percent).

5. Things Keep Turning On & Off On Their Own

Two of the most common instances that make people believe their home is haunted is watching their lights and TV turn on and off, without them—or Alexa, Siri or Google Assistant—triggering it. If your wiring isn’t to blame, Berry suggests doing one more test before questioning whether the undead disapproves of your lighting (or binge-watching) situation: “Make sure your neighbor doesn’t have the same remote,” he says, particularly if you live in an apartment or condo where your TVs might be sharing a wall. (Ditto if your garage door keeps opening and closing; your neighbor might have recently installed the same electronic opener.)

Convinced You’ve Got a Ghost? Here’s What to Do About It:

“Don’t panic,” Berry says. “If you’re experiencing activity that you can’t explain and it’s disturbing you—like noises in the night—my best advice is to talk to them as if they’re sitting in front of you.” Let them know that when you’re home, you’d rather not know when they’re around, and set boundaries for what types of activity is acceptable.

“Most of the time, that works. If it doesn’t, you may need to call in professionals,” Berry says. He also suggests looking at it not as a haunting, but potentially as a temporary visit from a loved one who’s died: “Your family members may visit in times of need or importance; that’s very comforting,” he adds.

You can see Berry’s work firsthand on the Travel Channel’s Kindred Spirits, as well as on Ghost Hunters’ Special Halloween Event (airing Oct. 31 on discovery+) as part of Discovery’s Ghostober series.

The 26 Best Haunted Houses for a Seriously Scary Halloween