How to Plant Mums (and Get Them to Thrive)

Mums, short for chrysanthemums, belong in every garden, whether it’s a few pots on your patio, a tiny balcony or a massive backyard. As soon as you see these iconic flowers, you know autumn has arrived. Mums come in every color imaginable, from pumpkin orange to sunny yellow to deep crimson, just like the falling leaves. They’re also available in an array of forms—daisy-like shapes, little puff balls, even elegant flowers with long, tubular petals or gently curving spidery ones. Plus, mums provide nectar for pollinators late in the season.

Mums look fabulous as a part of an autumn display with pumpkins and gourds in pots, or in window boxes, planting beds or at the front of borders. They’re beautiful standing alone in containers or mix them up with other fall favorites such as ornamental grasses, ornamental cabbage and kale, Montauk daisies, asters, and pansies. Truly, there’s no wrong way to display them.

How to Grow Mums

Here's what else you should know about how to plant mums, with care tips from Mark Smith, chrysanthemum technical lead of Syngenta Flowers North America:

Mums love full sun, which is 6 or more hours of direct sunlight per day. Make sure the soil is well-drained, because their roots don’t like to stay wet. Mums grow equally well in pots and planting beds, so if you’re tight on space, it’s totally fine to plant them in containers.

2. Dig a hole about twice as wide as the pot

Lay the pot on its side and gently wiggle the plant out. But be careful—they’re sometimes tough to get out without breaking branches, which won’t grow back.  Place the plant in the hole at the same depth it was in the pot. Refill the soil in the hole, tamp down and water well.

How to Care for Mums 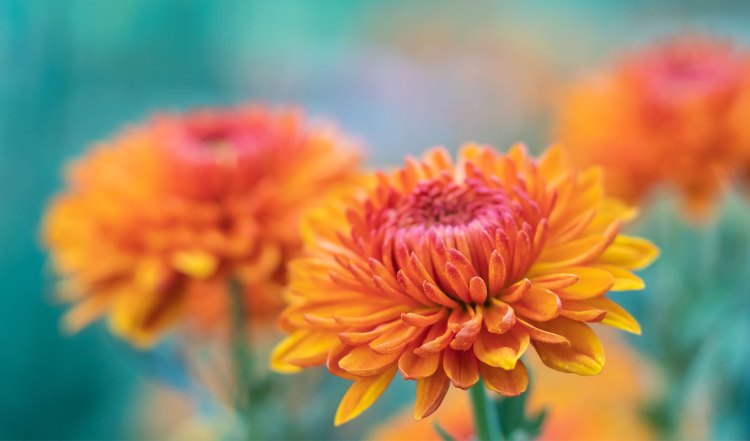 Will Mums Come Back Next Year?

Maybe. Although many of us treat mums like annuals and buy new ones every fall, you can plant them, too, and see what happens. Technically, mums are considered tender perennials. “They’re not considered reliably cold-hardy for zone 5 but typically can overwinter in zone 6,” says Smith. (You can find your USDA hardiness zone here, BTW.) “But I know of some mums that have overwintered in a garden for three years, and then froze over the next winter and did not come back.”

What Can I Do to Help Them Grow Back?

There are a few things you can do to give them their best shot at a return performance. Just keep in mind that nature is fickle, and there are no guarantees! First, “get them planted as early in the season as possible to allow them to develop as much roots in the soil around them as possible,” says Smith. Though you’ll usually see them everywhere in fall, you also can buy them online in spring so that you can get them in your garden sooner. This may give them a better chance of surviving winter. Also, make sure to water them regularly after planting to help them get established, which typically takes a few weeks.

If you’re a super-tidy gardener who relishes a fall cleanup after the first frost, wait before removing the faded mums. “Do not cut back the old stems until the following spring when new growth has started,” says Smith. “Some trials have demonstrated that just having the tops helps the plants overwinter.”

If you luck out and your mums do return next spring, feed them a granular slow-release fertilizer. “Fertilize in the late spring or early summer to get things going when growth is taking off,” says Smith. Liquid feed can be used once a week or every other week to supplement during the season. 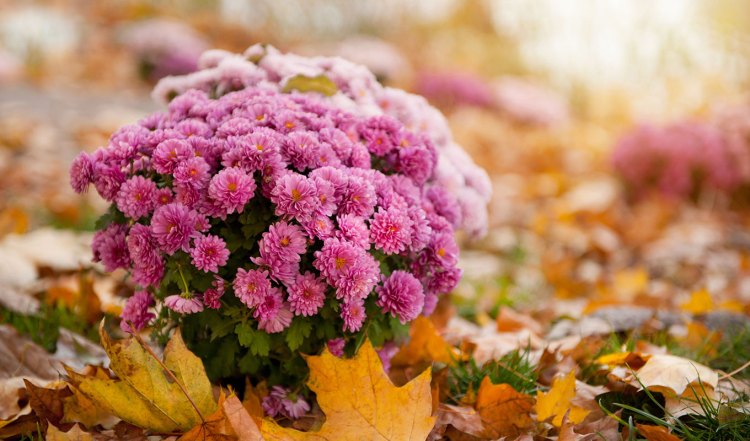 How Do I Make the Flowers Last?

Keeping mums watered helps the blooms last. “At the nursery, a garden mum may get watered two to three times a day in the last few weeks before it is sold,” says Smith. Once you bring it home, consider the conditions in your garden. If your mum is on the front steps and gets some afternoon shade, it may only need watered once a day. But if it’s out by the mailbox in full sun all day, it may need watered more than once a day. Little pots also dry out faster than big ones.

Should I Pinch Back My Mums?

The mums you get from the nursery often have a nice, rounded shape because their growth has been carefully monitored. If they come back next year, they’ll generally be taller and have more of a freeform appearance. To reduce the overall height, you can pinch back to prevent them from getting too leggy.

OK, So How Do I Pinch Back Mums?

Just remove the first inch or so on every branch a few times during the growing season, being sure to stop pinching by July 15th so your plant is ready to flower in late August or September, says Smith. If you pinch too late in the season, you may remove the buds.

On the other hand, if you don’t mind a carefree appearance, it’s totally fine to leave your mums alone and let them do their thing. It won’t hurt them at all! And remember, don’t be too hard on yourself if they don’t come back next spring. Environmental conditions play a huge part, so just treat yourself to some new mums next fall. 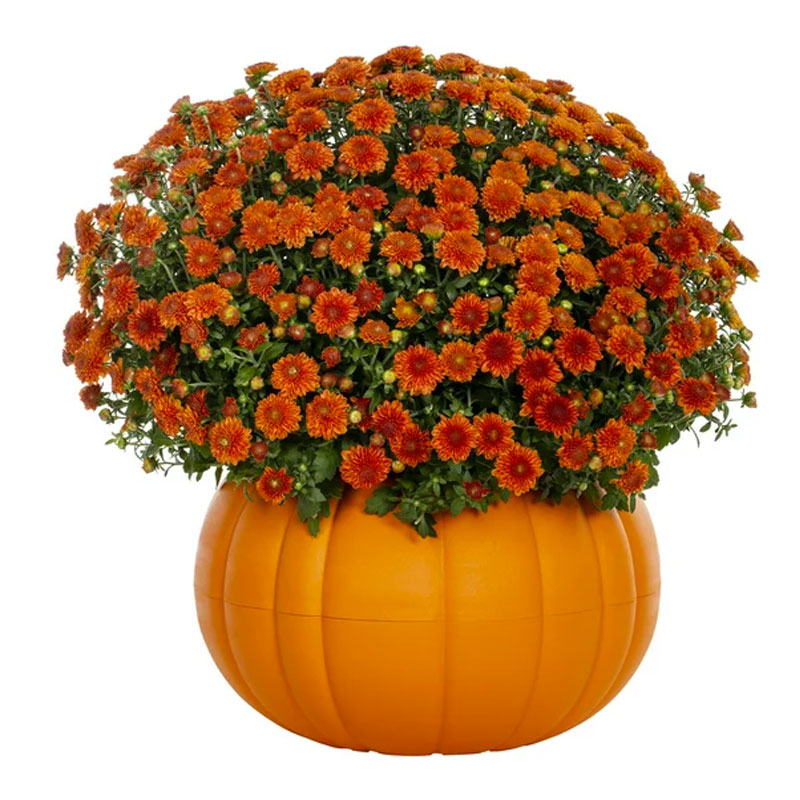 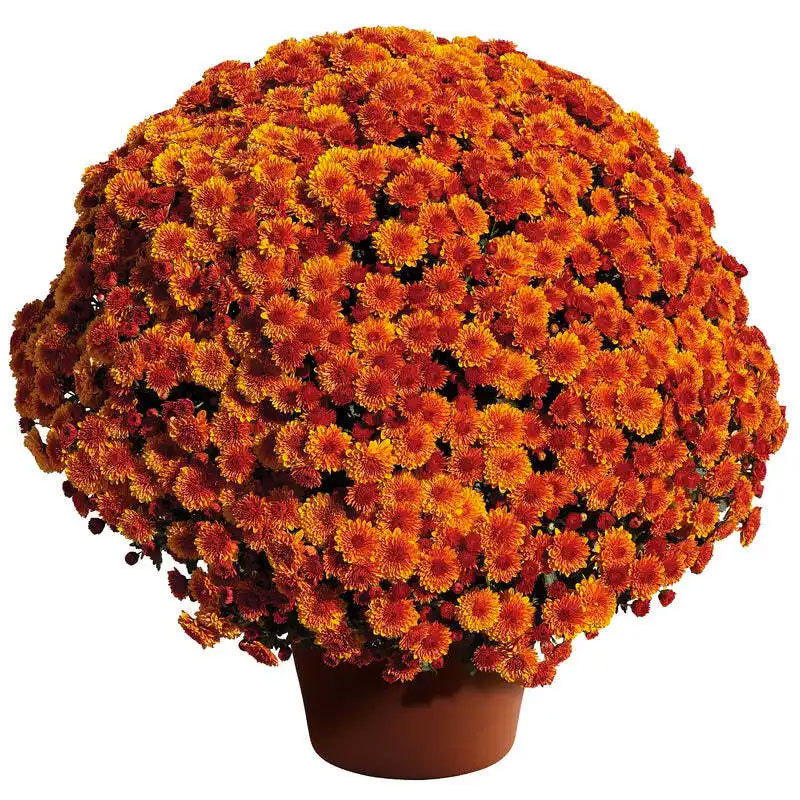 Arricca Elin SanSone is a gardener with more than 15 years of experience. She writes for Prevention, Country Living, Veranda, The Spruce and many other national publications. She also trials new plant cultivars and field tests garden products to evaluate practicality and durability.

How to Grow Lavender in Your Garden