How to Clean a Sponge to Kill Germs, Using 4 Easy Methods

When it comes to kitchen necessities, sponges are the absolute G.O.A.T. From minuscule tasks like sopping up a splatter while making chili to bigger missions like scrubbing your oven, dishwasher or toaster, the world would be a very grim and dirty place without sponges. But because they’re constantly doused in soap and water, it’s easy to forget that sponges need to be cleaned too. Find out how to clean a sponge in order to kill germs below.

Why do I need to clean a sponge?

While your sponge spends a lot of time submerged in water and other cleaning products, it’s not actually self-cleaning, which means you have to give it some TLC. “Cleaning a sponge weekly will help prevent you from spreading bacteria from dish to dish as well as to your sink and countertops which can help keep you and your family from getting sick,” our friends at the American Cleaning Institute (ACI) tell us.

According to a 2017 study by Scientific Reports, kitchen sponges are a hotbed for germs and bacteria. “We found 362 different species of bacteria, and locally, the density of bacteria reached up to 45 billion per square centimeter," microbiologist Markus Egert, who led the study, told NPR. "That's a very huge number of bacteria. There's hardly any habitat on Earth where you'll find similar densities of bacteria, except for the human intestinal tract." Yikes!

While sanitizing your sponge every week makes it less gross, this handy kitchen helper still won’t survive forever. For optimal hygiene, the ACI also recommends folks replace a sponge every two to three weeks, or as soon as it starts to look and smell like it has seen better days.

So, how do you clean a dirty sponge?

The good news is, because sponges are so easy to sanitize, you don’t need to make a day out of it. With one of the four methods below, you can disinfect your sponge while tending to other errands around the house.

1. How to clean a sponge in the microwave

In addition to reheating last night’s lasagna, the microwave can also effectively kill 99 percent of bacteria on your sponge, including hazardous bacteria like E. coli, says the USDA. But before you throw your kitchen cleaner into the microwave, make sure it doesn’t contain steel fibers or other metals and ensure that it’s wet. Fill a microwave-safe container with water, place your sponge inside and microwave for four minutes. Let it cool down for 10 to 15 minutes, then wring out any excess water.

2. How to clean a sponge in the dishwasher

3. How to clean a sponge with bleach

Surely we can’t talk about cleaning and disinfecting without mentioning bleach. To disinfect your sponge, Clorox recommends soaking it in ½ a cup of bleach mixed with a gallon of water. Let it soak for five minutes, then rinse and dry. Keep in mind, bleach has a strong smell, so open the windows to circulate air in the room.

4. How to clean a sponge with vinegar

If you want to get rid of germs the natural way, try vinegar. Add 3 cups of water and 1 cup plain white vinegar to a large saucepan, says Housewives How To's. Then bring the mixture to a boil and add your kitchen sponge. Let everything boil for two minutes, then turn off the heat and let the solution cool until you can safely handle the sponge. Squeeze it out and let it air dry. 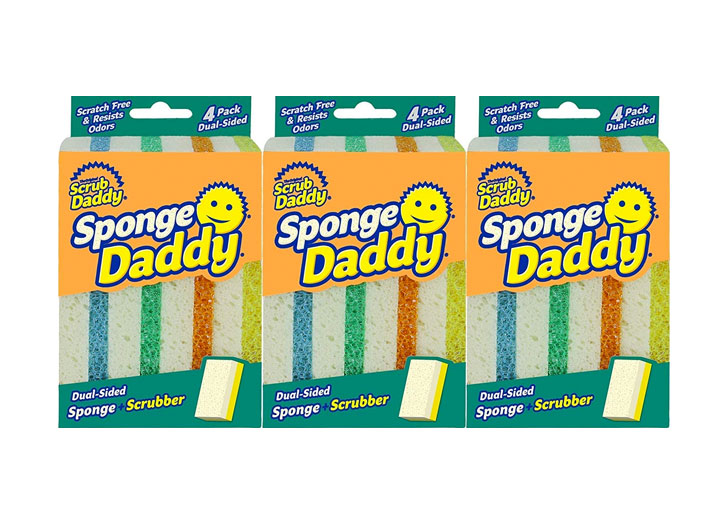 Scratch-free and temperature controlled, Scrub Daddy’s Sponge Daddy is not only safe to use on a variety of surfaces, but it makes cleaning easier because of its adaptability—it becomes firm in cold water for tough scrubbing and soft in warm water for light cleaning. Heaven sent! 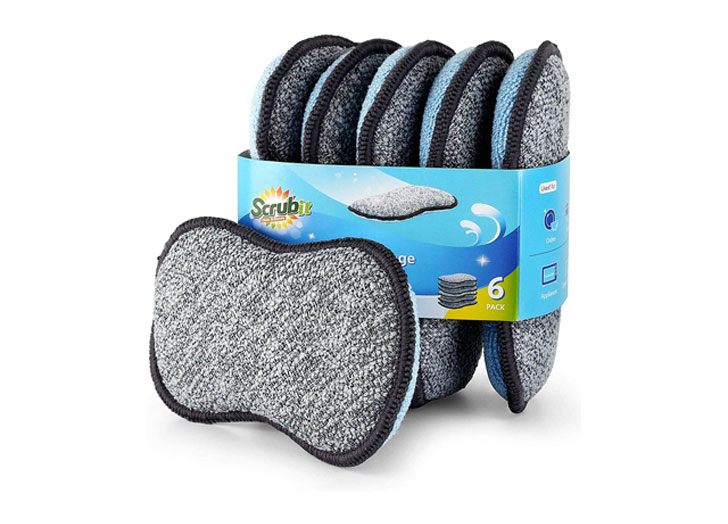 This cleaning powerhouse combines the softness of a dish cloth and roughness of a scrubber to make cleaning and storage that much easier. 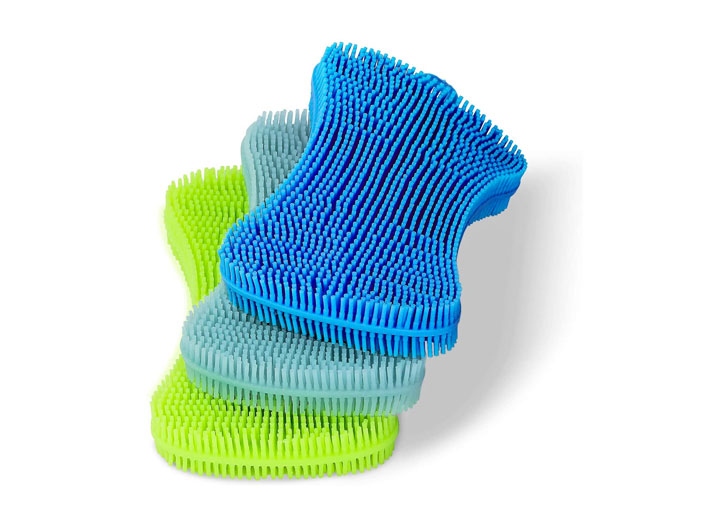 A BPA-free, heat-resistant and non-stick option, this sponge is ideal for scrubbing dishes or fresh veggies. 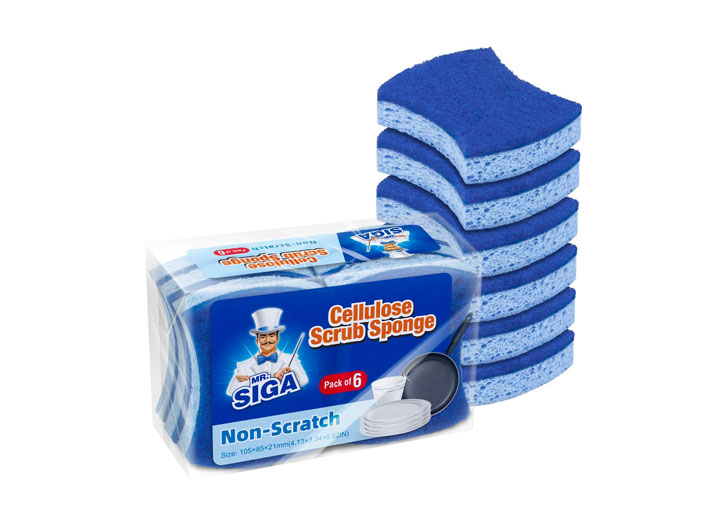 This offering from Mr. Siga comes with a scrubbing layer and a scratch-free cellulose sponge layer. A smart pick for a day of deep cleaning, these sponges are also highly effective at scrubbing sinks, stoves and your bathroom.

How to Clean Your Washing Machine (Because, Ew, It Smells)