The #1 Mistake People Make When Buying a Fixer Upper, According to HGTV’s Jenny & Dave Marrs 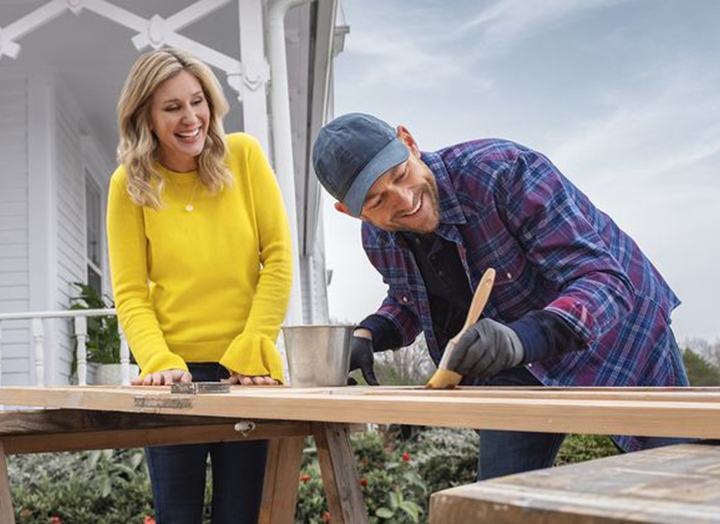 Fixer to Fabulous stars Jenny and Dave Marrs are opening up about the number one mistake people make when looking for a new home.

The HGTV couple recently sat down for an exclusive interview with PureWow, where they shared insight about common missteps their clients have made. Dave explained why potential homebuyers need to have a general understanding of what they’re looking for. That way, they won’t fall in love with the impossible idea of transforming a whimsical farmhouse into a modern palace.

So, what’s the number one mistake people make when buying a fixer upper? They try to change the style of the original home.

“Every now and then, we’ll go look at a home either for HGTV or customers, and they literally want to change the actual style,” Dave told PureWow. “You either need to decide, ‘OK. I want to be in a location. So, I’m going to work around that location.’ Or ‘I really want this style for a house.’”

He continued, “If you want a modern house, maybe start there instead of adapting the house. It could save a whole lot of time and money and, probably, heartache.”

Dave also explained why he always recommends hiring an additional inspector, even if it means spending extra money upfront.

“A lot of people that think if you’re buying a house and renovating it, you don’t need to spend that extra $300 or $400 for a home inspector to come in,” he said. “As a builder, I will always spend the extra money on an inspector.”

Dave revealed that even the most experienced of builders are bound to overlook something. “It’s another set of eyes. It’s someone that deals with it every day and can hopefully warn you off from catastrophic events, whether it’s the foundation or a lot of mold or water,” he added. “We recommend to people that we built custom homes for, ‘Hey, when we’re done, have a home inspector come in and keep in mind they’re going to find something that we missed, even if it’s something little.’”

home
by Destinee Scott
We Swear These Are the Best Super Bowl TV Deals of 2023
home
by Candace Davison
The Biggest Regret Home Sellers Have Right Now (and How to Avoid It)
home
by Dagmara Cintron
30 Valentine’s Day Decorations to Bring Back That Loving Feeling
home
by Sydney Meister
Nate Berkus Just Told Us How to Create a Capsule Wardrobe For Your Home in 5 Simple Steps
home
by Destinee Scott
If You Only Buy One Candle This Valentine's Day, Make It This Glasshouse Fragrances Find
home
by Sydney Meister
The Coziest, Chicest Luxury Bedding We’ve Seen, From Frette and Matouk