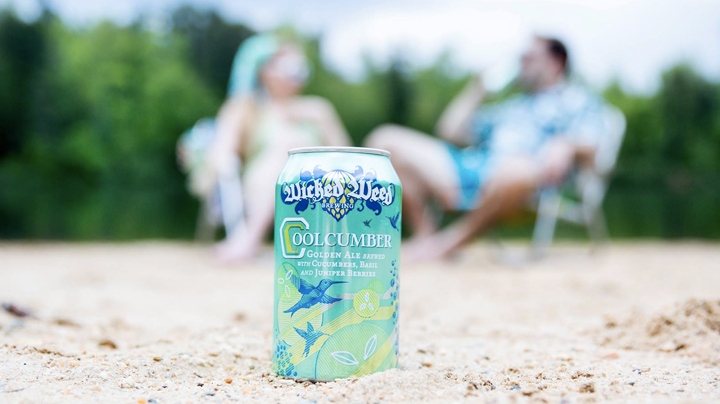 It’s summer, it’s hot and you want a drink that isn’t rosé. We’ve officially found what you’re looking for.

Introducing Coolcumber (heh), a cucumber-infused beer from Wicked Weed Brewing. The limited-edition golden ale is made with cucumber, basil and juniper berries. Sounds…um…interesting, no?

Don’t worry: We have it on good authority (read: we tried it) that it is interesting, in the best way possible. It’s a surprisingly refreshing sipper that’s practically made for the beach (or a barbecue). And according to the Asheville, North Carolina, brewers, the beer can be served on its own or mixed in a beer cocktail. (They suggest muddling mint, lime and cucumber with a shot of gin or vodka.) You can buy it at local craft beer stores…but don’t forget it’s a limited release.

Next question: Our beach or yours?