Cappuccino vs. Latte: What’s the Difference?

Cappuccino vs. latte...wait, what’s the difference? If you’re a bit confused about what’s on offer at your local coffee shop, we don’t blame you. The fact is that certain big names in the business (ahem, Starbucks) have taken some liberties when it comes to the definitions of classic Italian espresso drinks, so you might find yourself a little lost when working from a menu at a more traditional cafe. Fortunately, we spoke to Fabrizio Franco—a professional barista and the owner of Room No. 205, a Brooklyn-based espresso bar—to settle the matter once and for all. Here’s what you need to know about these two coffee beverages.

What’s the Difference Between Cold Brew and Iced Coffee, Anyway? 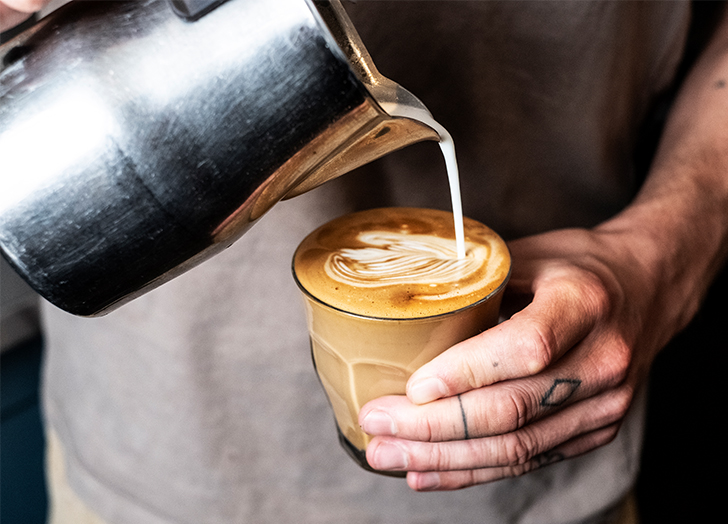 What Is A Latte?

A latte consists of espresso, combined with a relatively large amount (i.e., 7 or more ounces) of steamed milk. What makes a latte distinct is the texture of the milk, which Franco says should be steamed until it has the shine and consistency of fresh paint. The end result is a beverage in which the velvety steamed milk blends completely with the espresso, with only a small layer of fine foam on the surface of the drink. 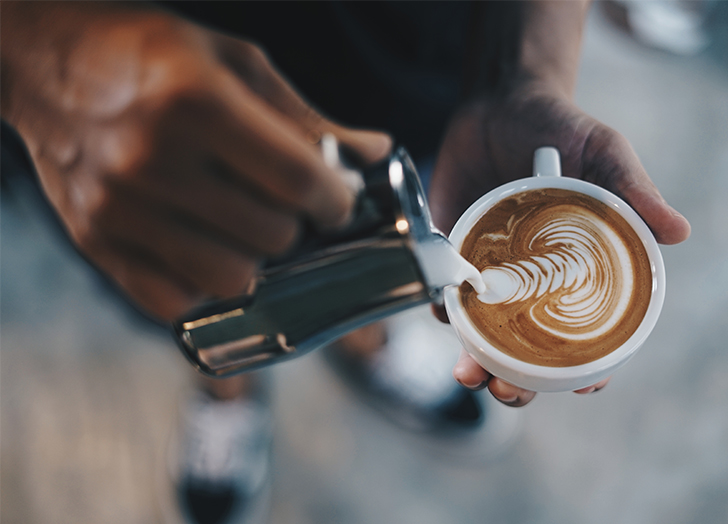 What Is A Cappuccino?

A cappuccino, on the other hand, uses only half as much milk as a latte, but the volume of the liquid doubles in size due to a different steaming technique in which more air is introduced to the milk. As such, Franco tells us that a generous amount of microfoam—sort of like the head of a beer—forms on the surface of the steamed milk and the finished product, usually served in a 5 or 6-ounce size, consists of three distinct and equal layers: Espresso at the bottom, steamed milk in the middle and rich, airy froth on top.

What’s the difference between a latte and a cappuccino?

Based on the above descriptions, it’s safe to say that the most notable difference between a cappuccino and a latte is the texture of the milk, in that the steamed milk of the latte is thinner, while a cappuccino is full of froth. Another key distinction is that cappuccinos use less milk than lattes—namely because cappuccino milk fluffs up so much from all the aeration, and the drink is intended to be served in a smaller size.

Cappuccino vs. latte: Which is stronger? Which is weaker?

Due to the smaller amount of milk used when making a cappuccino, the beverage will taste stronger than a latte. That said, both drinks typically contain the same amount of espresso, so the caffeine content is identical; strength here is simply a measure of how much you taste the bite of the espresso in the beverage. In other words, the milky latte has a far mellower flavor by comparison.

Cappuccino vs. latte: Which is healthier?

This one is tricky—namely because there’s nothing necessarily unhealthy about milk. Still, if calories and fat content are the primary concern, then a latte could be considered the less ‘healthy’ option between the two, given the quantity of milk involved. (But again, one beverage isn’t really healthier than the other.)

Cappuccino vs. latte: Which is sweeter?

Per the pro, when milk is steamed, its natural sweetness shines through. Thus, because of the high ratio of milk to espresso, a latte will taste sweeter than a cappuccino. It’s worth noting, however, that neither of these beverages are traditionally served sweetened—so the amount of sugar you add at the coffee bar is completely up to you.

You’ve got the full scoop—but to sum things up, all you really need to know is that a latte is a larger, milkier and milder espresso-based beverage, while a cappuccino is smaller, far foamier and packs a stronger punch. Now go forth and get the caffeine fix you’re craving.

Why You Shouldn’t Drink Coffee on an Empty Stomach, According to a Nutritionist