A ‘BYOC’ Party Is the Easiest Way to Make New Friends. Here’s How It Works 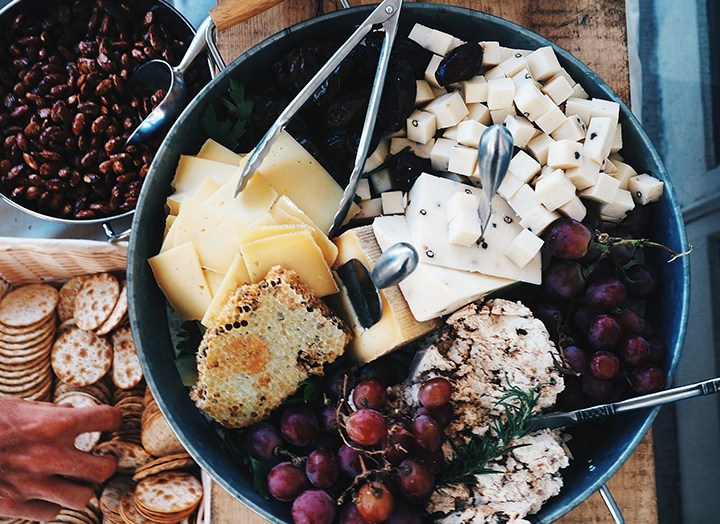 When it comes to entertaining, BYOC (cheese) is the new BYOB (beer wine). But Tina Roth Eisenberg, the woman behind the design blog Swiss-Miss, found a way to kick things up a notch: She turned BYOC into a personality game—and non-awkward icebreaker—for guests.

Here’s how it works: First, plan that dang party you’ve been wanting to host. Invite people for the Oscars, a new book club you decided to start or a low-key dinner party with ten of your closest—but for some reason, have never met each other—friends.

Next comes the big ask. Instead of arriving with a bottle of vino (or six-pack of beer), ask your friends to each bring a cheese that best reflects their personality. As the host, you’ll then lay all that delicious fromage on a cheese plate and ask each person to go around the room and explain what they brought.

For example, your gutsy friend Lucy from work? She brought Brie because she’s secretly a total softy inside. Or Walter, your next-door neighbor? He showed up with a Wisconsin cheddar since he’s originally from Milwaukee.

Just like that, everyone’s gifted with a starting place for some great, easy chitchat. And let’s be honest, the best party hosts know how to make everyone in the room feel comfortable and present. And it’s all thanks to a spontaneously assembled plate of cheeses.

We’d expect nothing less from fromage.

33 Goat Cheese Recipes That Are Just Right for Fall (or Any Time, Really) 

The Definitive Guide to the Best Grocery Store Coffee

Keto vs. Mediterranean Diet: What’s the Difference (and Is One Better Than the Other)?