If you're the kind of person who relishes in the bold flavor of a freshly brewed cup of coffee but either doesn't need the caffeine rush (lucky you!) or doesn't want any of the negative effects that can potentially come along with that buzz, it might be time to bust out the decaf. Cringe though you might, sometimes, it’s nice to be able to enjoy the great taste of java minus the jittery aftermath. Beyond that, what you might not know is that some of the best decaf coffee products have some healthy bonuses, such as natural antioxidants, which can sometimes get lost in the traditional roasting process. So which decaf blend to choose? First, it might help to know what decaf coffee actually is.

What Is Decaf Coffee?

In order to be labeled a decaf coffee, it must have 97 percent of the caffeine removed. Although most raw coffee beans contain caffeine, there are four processes that green, or unroasted, beans can be put through to give you that same great flavor without the extra jolt.

In order to get rid of the majority of the caffeine, chemical solvents, such as methylene chloride or ethyl acetate, may be applied directly to the beans in a process known as the direct solvent process. Alternately, they may be soaked in near-boiling water before being washed in a solvent, at which point the solvent and caffeine are heated to evaporation. The newly caffeine-free beans are then returned to the liquid in a method known as the indirect solvent process.

For those who prefer their beans to be processed without chemicals, there's the Swiss Water Process, during which beans are soaked in very hot water to dissolve the caffeine, then passed through an activated charcoal filter in order to allow oils and flavor molecules to sneak through. They’re reintroduced to the caffeine-free beans as a kind of decaf flavored water known as “green tea extract, according to Coffee Confidential.

Last but not least, there’s the carbon dioxide method, which is similar to the indirect solvent method, albeit using C02 as the solvent in a specific stainless-steel vessel known as an extractor.

How Much Caffeine Is in Decaf Coffee?

What To Look For in a High-Quality Decaf

When it comes to choosing a high-quality decaf, you’ll want to check out what kind of process the roasters use to decaffeinate their beans. Believe it or not, this can actually be more important than the roast when it comes to decafs. Beyond that, keep an eye out for companies that use carefully sourced beans, and ideally, organic ingredients, as they may contain health-boosting antioxidants, which all coffee beans have, but which can be lost during certain roasting techniques. It is also recommended to avoid super dark or oily roasts with decaf, since this can make it extra-hard to decaffeinate.

We’ve done our homework to compile a list of some of the best decaf coffee brands for when you’re ready for your next cup of joe.

The Best Decaf Coffee at a Glance

Caffeine Makes Me Tired, So I Asked a Sleep Expert to Explain Why 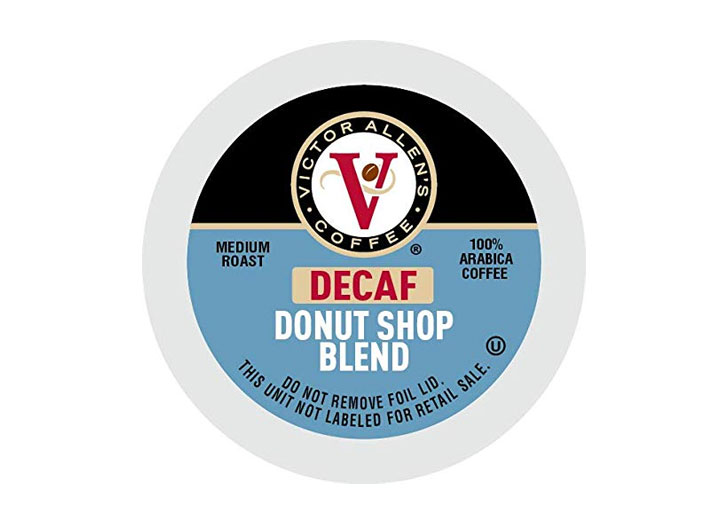 Made from carefully sourced 100 percent Arabica beans, these single-serve coffee pods have all the medium roast flavor of Victor Allen’s regular coffee pods without the caffeinated buzz. That is to say they’re mild, smooth and sure to please. They come in a pack of 80 and are compatible with all single-serve brewing machines, including the Keurig 2.0. 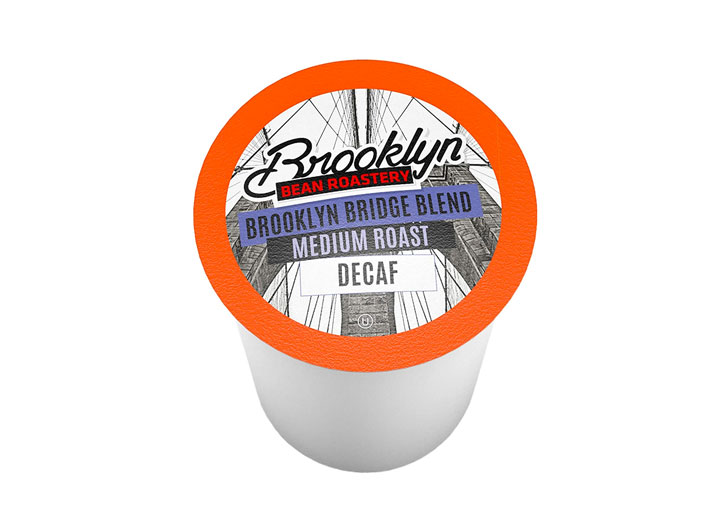 For the coffee drinker that desires a wide range of flavors, this 40-pack of single-serve pods offers some incredibly tasty options in one handy box. Choose between premium blends in light, medium and dark roasts, as well as a huge selection of tasty varieties, such as Maple Sleigh, Hazelnut, Vanilla Skyline, Coney Island Caramel and Cinnamon Subway. With so much flavor being provided in these decaf coffees, you definitely won't miss the caffeine. 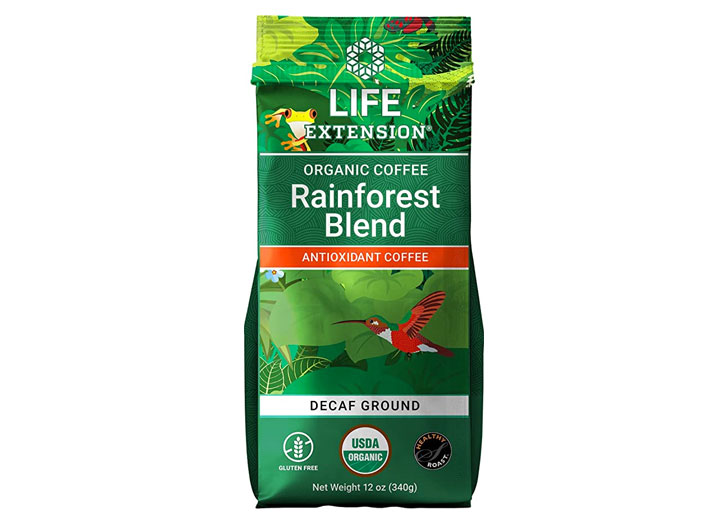 This tasty medium-dark roast will help you get the most out of your decaf coffee experience. Hand-picked from Latin American rainforests, it’s crafted with USDA-certified organic Arabica beans, which are carefully processed in a natural way in order to keep the potent antioxidant ​​polyphenols, which can be lost in traditional roasting, as well as compounds that can reportedly help to project the stomach. Better yet, it’s non-GMO, gluten-free and fit for vegetarians and vegans alike. 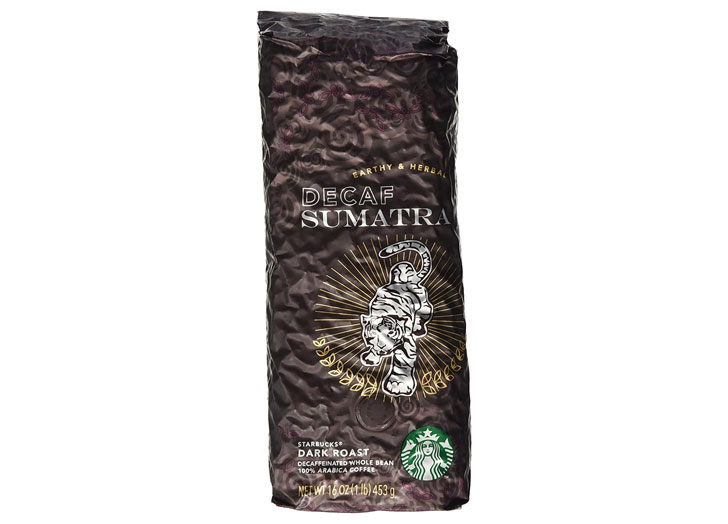 If you want the familiar taste of Starbucks' signature dark roast, but in a decaffeinated form, then check out this Sumatra whole bean bag. While the company has confirmed that it uses the direct method for most of its decafs, this blend is “naturally processed” for that earthy and herbal flavor you’ve come to love. Add in the fact that those with a grinder can enjoy this premium coffee day after day without the lines (or the extra cost), and you’ve got some caffeine-free bliss on your hands. 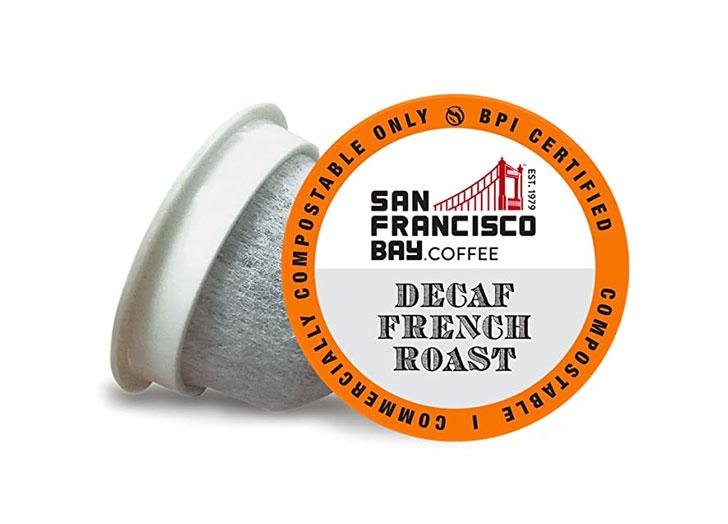 When you purchase this high-quality coffee from SF Bay, you'll not only be supporting a family-owned company, but you’ll also be helping the farmers who grow the beans as well. The coffee company works with farms in Honduras and Mexico and uses some of the proceeds from its sales to help them improve their businesses and standard of living, as well as the quality of and access to health services in their communities. The company applies that same kind of care to the quality and taste of its premium java, which is water processed for a chemical-free experience and packaged into compostable pods. 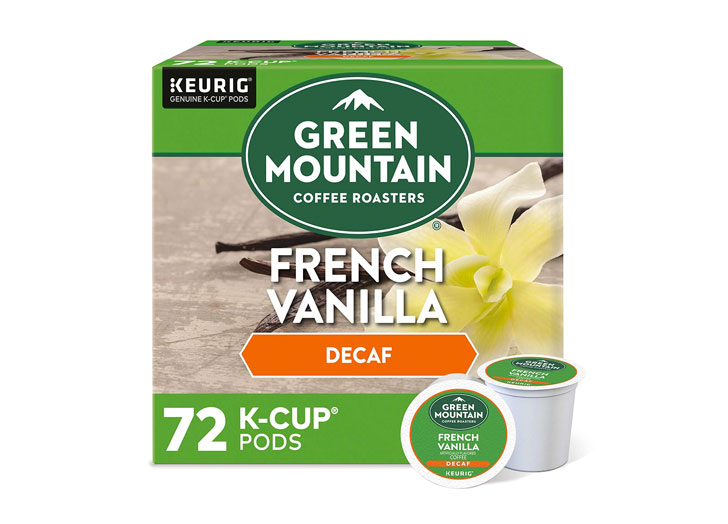 Add a little extra flavor to your daily cup of joe with this smooth and creamy blend. Lightly roasted and 100 percent responsibly sourced, this mouthwatering brew is packaged in a 72-count box of convenient single pods. Its sweet vanilla finish is also achieved without the use of sweeteners. 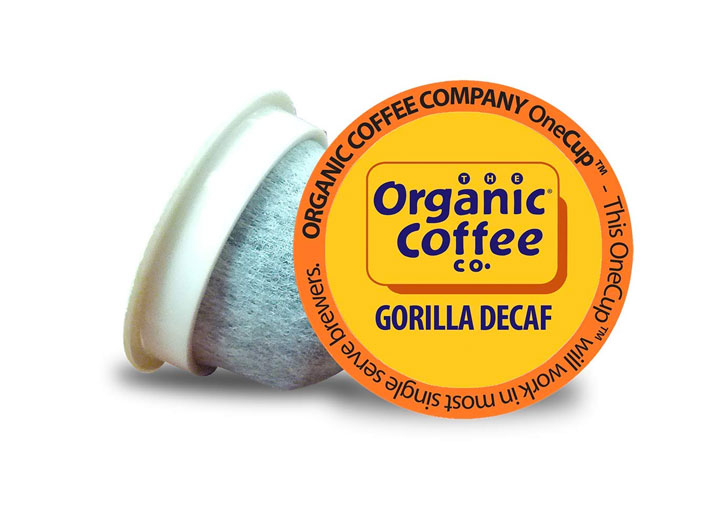 Eco-friendly and certified organic, this medium-light roast is naturally water processed and has a pleasing mild flavor for your daily brews. The single-use pods and the packaging that they come in are made of plant-based materials, too, so they are "certified fully commercially compostable by BPI." As if that wasn’t impressive enough, this organic coffee is rich in natural antioxidants and free of any harmful chemicals as well—talk about a win-win! 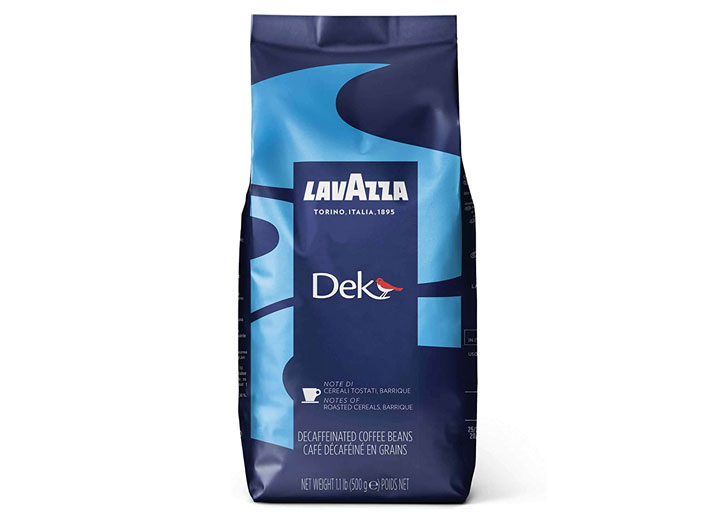 If your idea of the daily grind includes pulverizing your own coffee beans, then give this whole bean coffee blend a try. Roasted and blended in Italy using a variety of Brazilian and Vietnamese Arabica and Robusta beans, this espresso-quality product gives you all the authentic Italian taste without the harsh buzz of caffeine. 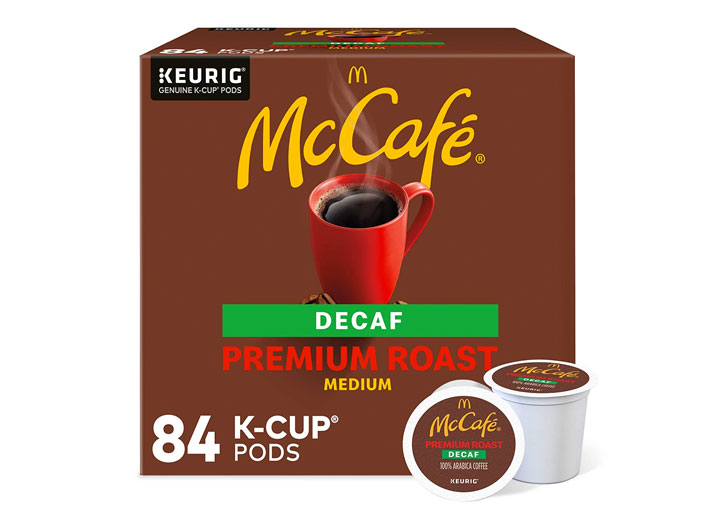 Bring the recognizable taste of McDonald's McCafe coffee home with these medium-roasted and responsibly sourced Arabica bean coffee pods. The whopping 84-count box will deliver a perfectly flavorful cup with every brew. Better yet, each one is made from a recyclable material which can help reduce the waste involved in single-serve coffee brewing. 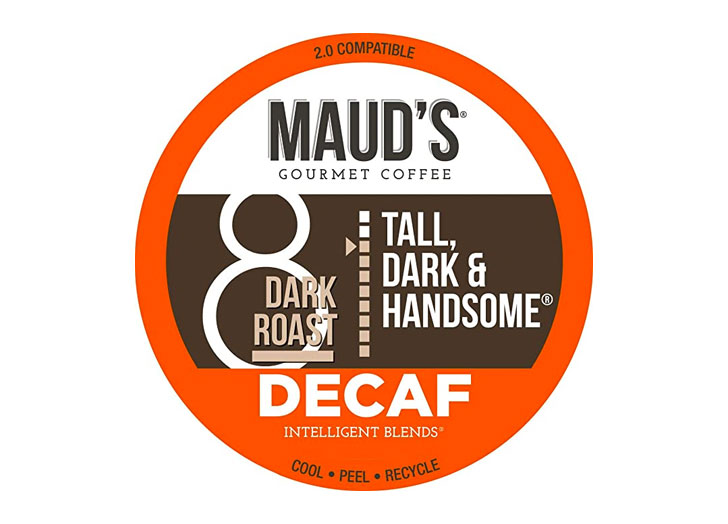 While dark roasts can complicate the decaffeination process, those who prefer their coffee to be dark and handsome (ooh la la!) will find a perfect match in these coffee pods from Maud’s. With a creamy, toasted and nutty finish, these beans get the West Coast treatment, roasting in a solar-powered San Diego facility before they're decaffeinated via the chemical-free Swiss Water Process and packed away in 100 percent recyclable pods.