Stuck in a Dinner Rut? You Need to Check Out AllIDoIsCook

It’s no surprise that Smith and fellow chef Bethany Oyefeso came to cofound AllIDoIsCook, a food business based in Texas that ships authentic Nigerian dishes all over the U.S. The duo is on a mission to share their recipes with Americans who've never tried Nigerian food before, as well as immigrants missing a taste of home. Here's how they're achieving just that, as well as how they've been supporting the Black Lives Matter movement and what makes Nigerian cuisine so special (and which meals to try first, if you haven't had it before).

21 Cookbooks by Black Authors You Should Add to Your Shelf 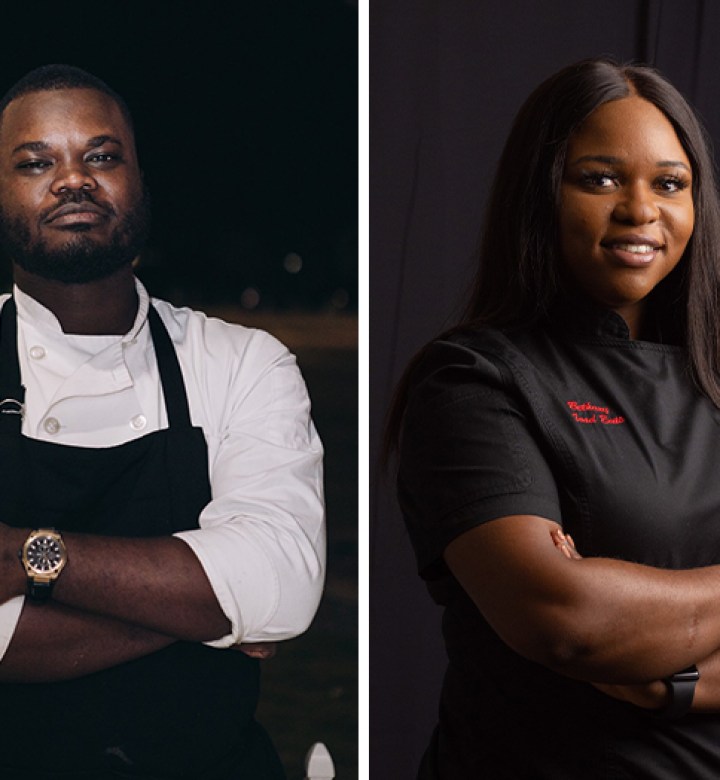 Smith’s love for cooking was sparked by watching his parents and aunties in the kitchen. He started honing his skills at a young age and eventually was responsible for getting dinner on the table for the rest of his family. “It got to a point [that] it became a fun thing to do, especially watching The Food Network and seeing the amazing things that could be done with food,” says Smith. “I saw it as a getaway from the stress of studying for my professional accounting certification in Nigeria, and I got hooked. Since then, I’ve not stopped trying to cook better and learn more.”

Once Smith moved to the U.S. for his Master’s in 2015, he cooked for his friends and colleagues often, squeezing in trips to the African store for native produce and ingredients between classes and a teaching assistantship. His greatest hits include red Thai curry pasta, spicy herb turkey and goat meat peppersoup pho, a cross between a Nigerian soup and Vietnamese noodle dish. AllIDoIsCook started a year later, once Smith transferred his recipes from notes on his cell phone to his own blog. Soon after, he got his first request to ship food to a friend who couldn’t quite nail one of the site’s recipes, and an idea was born: What if this hobby could be a full-blown business?

Smith got to work hammering out the logistics, like figuring out how to cook and freeze food for cross-country shipping. “Of course, lots of money went down the drain with damaged packages [and] delayed deliveries, but I kept at it,” he says. A year later, he met Oyefeso—who also had friends offering to pay for her cooking.

“I thought, ‘If people are willing to pay for something I didn’t mind doing for free because I loved it, then I’ll do it more,’” she explains. Oyefeso had pivoted her career as well, going from teaching to running her own business, Good Eats with Beth O, when she and Smith joined forces in 2018. “It felt great to slowly put together a team of people that believed in the unclear vision at that point, and Bethany joining was all the validation that this was a worthy cause,” says Smith.

Oyinkan Funmilayo, a full-time tech product tester and AllIDoIsCook’s current Head of Product, Strategy and Communications, helped their ideas become reality. After becoming friends with Smith over Twitter, Funmilayo started volunteering suggestions for his recipe blog. A year later, he shared his vision for the business with her, and she joined the crew. “She works on everything from growth plans [to] branding [to] communications and a ton of other things at AllIDoIsCook,” says Smith.

By 2019, AllIDoIsCook was a fully registered business. Today, AllIDoIsCook ships authentic Nigerian cuisine to every state in the continental U.S. and caters weddings, private parties and beyond with fusion-style dishes. Due to COVID-19, the business initially suspended operations to re-strategize and eventually pivoted to prioritize food shipments over catering due to event cancellations. “We had about four weddings lined up for the month of May, but then the pandemic hit,” says Oyefeso.

But the business endured. “We spent one month just creating recipes and content, which was fun and we weren't thinking about it a lot,” says Smith. “Apparently, we’d racked up so much engagement that the total number of orders [our] first week back went up 400 percent. We actually had to move into a bigger production facility.” 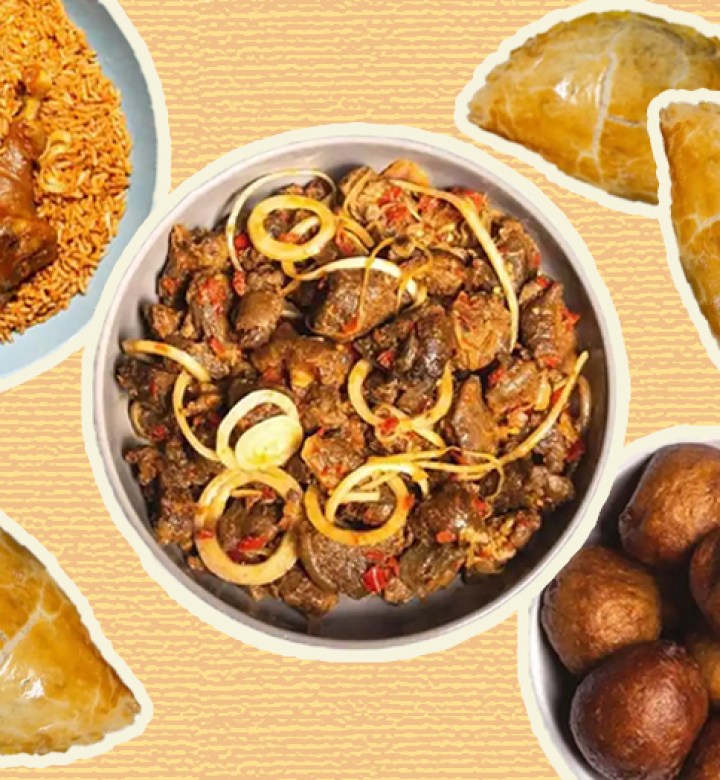 Each Meal Carries A Message

Not only is cooking a means of sharing culture and joy for Smith and Oyefeso, it’s also the key to accomplishing AllIDoIsCook’s overarching goal: to make Nigerian food more accessible to people, not only in the U.S., but worldwide. And that involves a lot of face-to-face encounters with Western misconceptions of Nigerian and African food. For instance, that Nigerian food is unhealthy or limited to jollof rice, a fiery-yet-smoky blend of rice, bell pepper, curry powder and dried chiles.

“Nigeria is a very huge country with more than 250 tribes, and each tribe has amazing dishes,” Smith explains. “These dishes passed down [for] generations include so many techniques; fermenting, smoking, grilling and days, if not months, of preparation. Nigerian cuisine is so amazing and due how huge the country is, with so many different tribes and languages, it hasn’t been as well-documented and studied as much as it should be.”

Smith notes that Nigerian cuisine is historically as farm-to-table as it gets. Its backbone is rooted in the produce and ingredients grown on family farms, which is a big reason why Nigerian food is packed with so many vegetables. He also notes that its palm oil is among one of the best in the world, though it’s been demonized in Western cooking due to its high saturated-fat content—despite the fact that it has about as much as butter per serving, according to the USDA, and contains no trans fats at all. The hope is that as people are more exposed to Nigerian food, they’ll be able to unlearn stereotypes and prevent the spread of misinformation.

For these two young chefs though, AllIDoIsCook is also about the simple, fulfilling joy of the act of cooking itself and sharing the foods you love with others. “I think my favorite thing to make alternates between Egusi (melon seed) soup and goat meat stew,” says Smith. “I love to think of these dishes as science projects, from roasting the vegetables for the stew to frying the ground Egusi in palm oil.”

For Oyefeso, it’s all about okra soup. “The feeling of chopping up fresh okra, making a base with locust beans, crayfish [and] various proteins, then enjoying the slight crunch of the okra when you eat it is unmatched.” 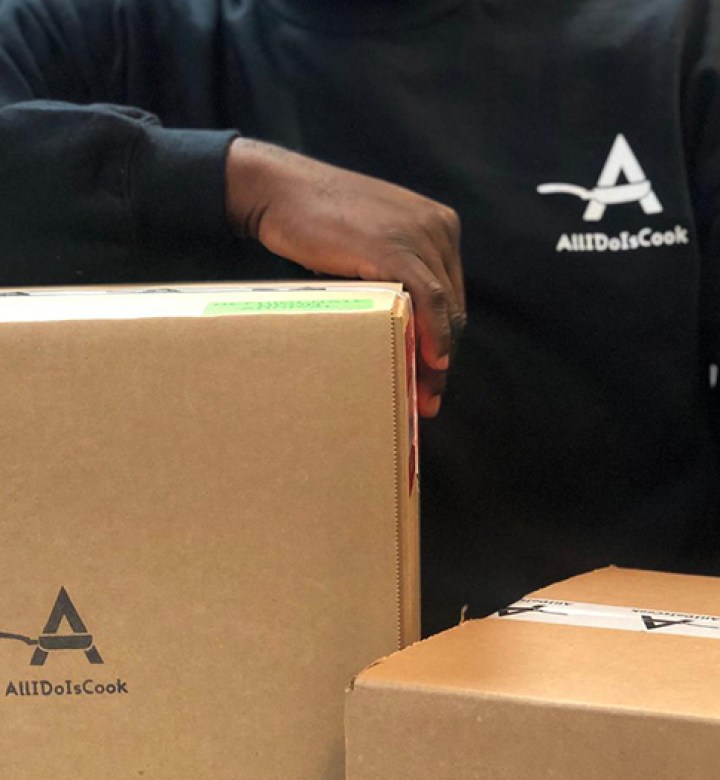 Black Lives Matter (and So Does Black Food)

On June 1, AllIDoIsCook took to Instagram to announce its support of the Black Lives Matter movement. The business donated 10 percent of the week’s total profits to the Minnesota Freedom Fund and pledged to continue doing so as long as possible.

“As a company founded and powered by Black people, we felt strongly that supporting a fund that promised to help social justice in some form was the right thing to do,” says Smith. “We thought to ourselves and understood that any of us could be affected by the social injustices surrounding us and decided to help victims of these injustices by donating to the MFF.”

AllIDoIsCook has since pivoted its approach to activism by collaborating with other Black-owned brands and businesses during the pandemic. “We partnered with a Black-owned dessert company [called] Bubbles Confectionary in Houston, Texas to provide a free gift on all orders to celebrate the 4th of July with all [of] our customers,” says Smith. “At AllIDoIsCook, supporting social justice causes is something we will always do because without the fight of others in the past, we wouldn’t have been able to do what we do. We feel it’s only right to pay it forward and do our part now.”

If you’re also looking to do your part, ordering some next-level Nigerian food from a Black-owned business is a good start. The chefs say they’ve noticed an uptick in delivery orders from non-Nigerians recently and have lots of options for newbies who don’t know what to add to their cart first, depending on how adventurous their palates are.

Curious About Nigerian Food But Not Sure What To Order? Smith Has A Few Recs

If you haven’t tried it before, jollof rice is a good place to start. Smith calls it a Nigerian party staple and praises its unique smokiness. Next up for beginners should be pies stuffed with chicken and vegetables or ground beef, both seasoned with ginger and garlic powders, thyme and curry. “I would say it’s as amazing as the Jamaican beef patty and the Mexican empanada,” Smith says.

Stews are also a cornerstone of Nigerian cuisine and commonly made with chicken, turkey or goat. “These stews go on everything from white rice [to] spaghetti to being used as a dipping sauce, marinade or base for stir-fries,” says Smith. “Typically, Nigerians will eat stews with white rice, bread, fried plantains, yams and a variety of other items.”

The chef’s recommendations are a little different for Nigerians and Nigerian-Americans missing native dishes. “The Efo-Riro (vegetable soup) will remind you of Sunday evenings at the dining table with family. The Egusi (melon seed soup) will take you down memory lane to the family events where Egusi and pounded yam were served. The Ofada stew (meats from chicken liver to beef tripe cooked in palm oil amid a medley of green peppers) will take you back to the streets of Lagos, buying food carefully packed in the green leaf with Ofada rice, plantains and beans.” Smith also recommends the spicy Asun, smoked goat meat in a signature Scotch Bonnet pepper sauce.

Allidoiscook’s Next Project: Getting You To Cook

While you peruse the shop to place an order, be sure to also check out AllIDoIsCook’s Nigerian and fusion recipes to try at home yourself. “[The] recipes came from a place of trying to cook Nigerian-inspired food on a budget,” says Smith. He recommends tackling goat meat stew first.

AllIDoIsCook also hopes to help others cook Nigerian food in the future with authentic grocery goods. “One future plan is to someday have Nigerian food and products on the shelves of major grocers in and around the U.S. We’d also love to extend our operations to the United Kingdom and Canada,” says Smith.

Bringing Nigerian delicacies to people’s tables is only the first step in achieving that long-term goal, but it’s also perhaps the most rewarding and fulfilling of them all. “I live for the smile on [people’s] faces after taking a bite out of something we made,” says Smith. For Oyefeso, the real reward is what cooking for others does for her: “I love how food can tell a story, how it makes you feel, how much nostalgia it evokes and last but not least, how empowering [it] is.”